Meghan Markle, 39, has been shown support by another close friend on social media after a new CBS trailer of the Sussexes much-anticipated interview with Oprah Winfrey saw her criticised by some on Friday. LA-based, film director, producer and writer Silver Tree shared a heartfelt post about the Duchess on Twitter accompanied by several personal photos of them together.

Silver Tree’s tweet was reshared by Meghan and Harry biographer Omid Scobie and read:  “This is Meg. A real person- not a cover story.

“She is one of my very nearest and dearest. Like all her friends I love her madly.

The tweet which was accompanied by four new photos was shared after Buckingham Palace launched a probe into allegations the Duchess bullied her former royal staff. 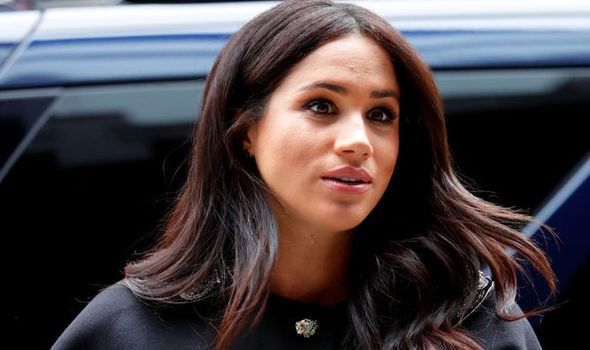 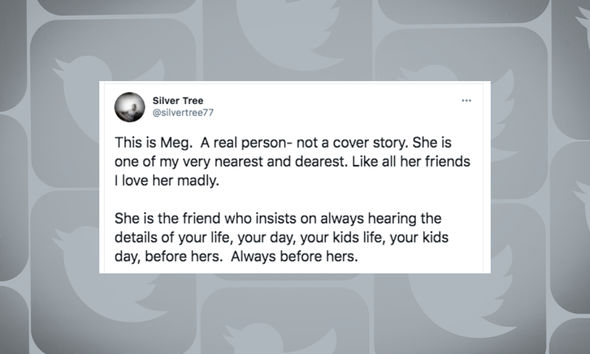 Meghan Markle and Prince Harry’s much-hyped interview with Oprah Winfrey is due to premiere on Sunday and on Friday a new teaser trailer was released by CBS.

In the clip Meghan reveals she turned down an interview request from Oprah ahead of her royal wedding in 2018 having left the Royal Family behind.

Asked by Oprah: “What is right about this time?”

Meghan replied: “That we’re on the other side of a lot of life experience that’s happened.

“And also that we have the ability to make our own choices in a way that I couldn’t have said yes to you then.”

Speaking about why she rejected Oprah’s initial approach, Meghan said: “That wasn’t my choice to make.

“So, as an adult who lived a really independent life to then go into this construct that is… different than I think what people imagine it to be, it’s really liberating to be able to have the right and the privilege in some ways to be able to say yes.”