He added that speaking to insiders has led him to believe the incident was the start of a “rift” between the Sussexes and the Cambridges.

The royal expert, who wrote the Royal book Kensington Palace: An Intimate Memoir from Queen Mary to Meghan Markle, said the situation even caused them to try to avoid each other as their relationship turned “frosty”.

Mr Quinn said: “After a couple of incidents, the foot-stamping incident and getting cross with one of the people that worked for Kate, there was a kind of frostiness because, as I understand it from my contacts, Harry felt that Meghan was being judged harshly.

“She’s new to the Royal Family, you’ve got to make allowances for the fact that she is going to get annoyed sometimes, that she’s not going to understand, she can maybe have tantrums. 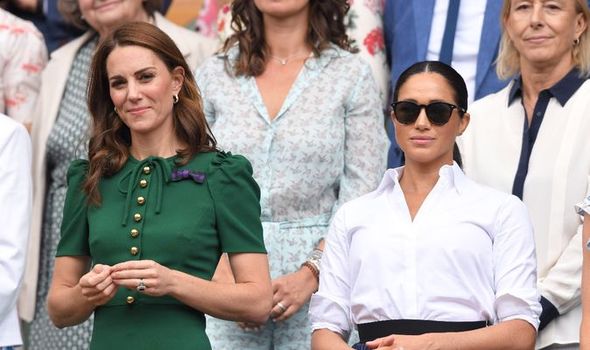 “Inevitably Harry backed Meghan and that caused a bit of a rift.

“Some of this is well known with William, so when you’ve got the two couples who are slightly thinking the other couple is difficult, you’ve got a kind of frostiness that developed and they tried to avoid each other.

“They had all been part of a charity that was set up by William and Kate but Harry and Meghan parted too, and they split.

“That was such an obvious sign that things were not going well. 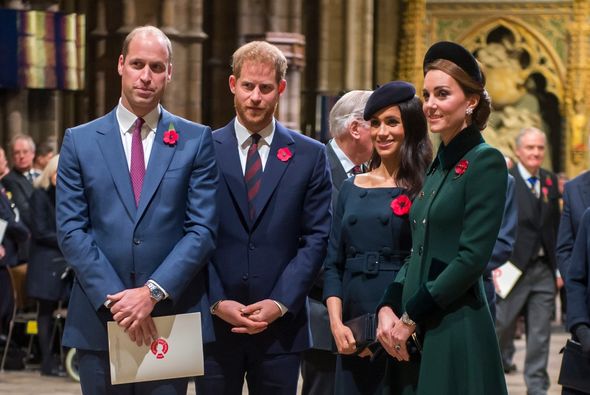 “So really it’s just been those initial incidents, so they ignored each other because they didn’t want it to happen anymore.”

Rumours of a disagreement between the couples increased when Meghan and Harry unexpectedly announced they were stepping back from their duties as senior royals earlier this year.

The Sussexes then moved to Los Angeles after spending a short time in Canada and they have not returned to the UK since.

William and Kate have since split from the Royal Foundation, a charitable organisation they shared with Harry and Meghan, as the Sussexes went on to set up their organisation named Archewell. 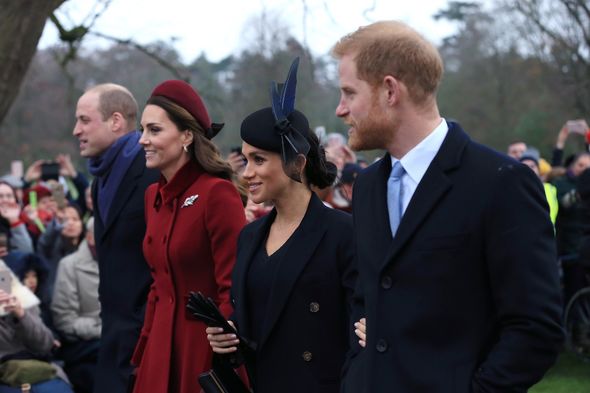 However, Mr Quinn said Meghan and Kate had intentions of becoming friends but the expectations on them put them under too much pressure.

“Then there was this foot-stamping incident, the shouting at the servant.

He added: “Then the frostiness. It is a great shame.

“They are only thrown together by Kate marrying William and Meghan marrying Harry. 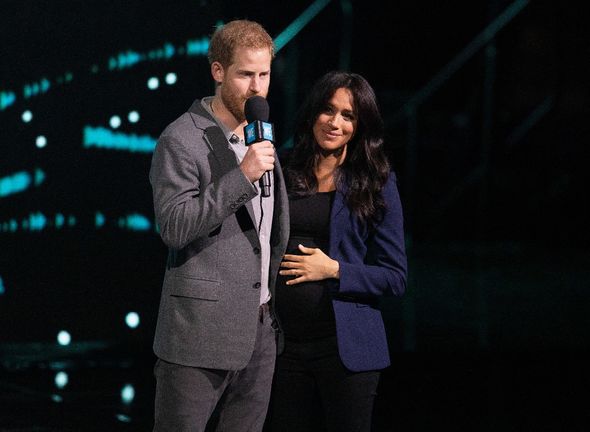 “I think they felt too there was a lot of pressure for them so they were terrified.

“Apparently when they went to Wimbledon and sat next to each other, during the early period before they had fallen out, and there were jokes about ‘we must be really careful that we smile at each other all the time or the press will think we’ve fallen out’.

“If you look at the shots, they do make the effort to smile and leaning closer to each other.

“But that was in the early period when they put on a good show, but even in that early period these were two very different people and it’s difficult if two people don’t have anything in common other than the fact they are both members of the firm, it’s very difficult for them to get on.”