Meghan Markle is claimed to have requested a “one-to-one audience” with the new King before returning to California after the Queen’s funeral. Neil Sean, a royal broadcaster, described the move as a “very brave” one on the Duchess of Sussex’s behalf, and suggested it showed her to be the natural “leader” of her relationship with Prince Harry.

The couple had been in London as part of a European tour when news of the Queen’s declining health broke earlier in the month.

The Duke of Sussex rushed up to Aberdeenshire alongside other members of the royal family hours before Elizabeth II’s death was announced, and the two have since remained in the UK for the funeral yesterday.

The two stepped back from full-time royal duties two years ago, to move to the US, and have since reportedly had a fractious relationship with the rest of the Firm.

With the Queen’s death appearing to prompt a conciliatory mood among members of the royal family, the Duchess of Sussex is said to have wanted another opportunity to “clear the air”. 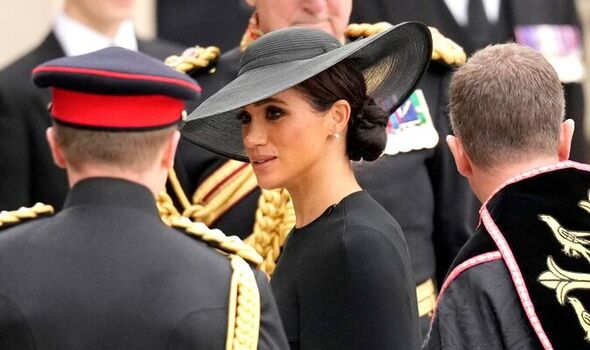 Speaking on his personal YouTube channel on Sunday, the day before the funeral, Mr Sean said a “very good source” had revealed the letter’s existence to him and some of the details within it.

The source told him that the request had been made in a “formal” letter that had been passed to the King’s equerry – a member of the royal household who personally attends to family members.

Mr Sean claimed: “Allegedly, she’ll now like before they return back to California to have a one-to-one audience with King Charles III. 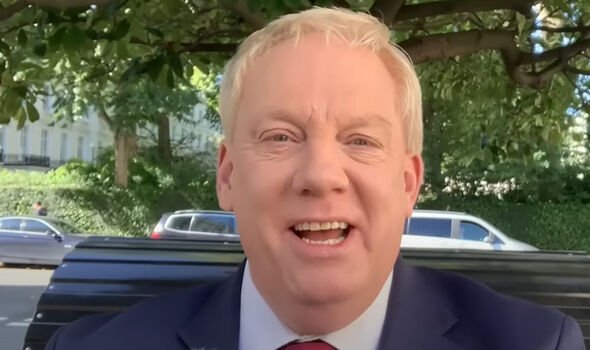 The correspondent, who has appeared on Fox News recently, claimed to have insight into some of the contents of the letter.

He told his audience: “She feels It would be an opportunity to clear the air, pull the rights from wrongs and explain some of the rationale behind what they’ve been doing over the last two years.”

Mr Sean added: “Truthfully, we have no idea if this is going to go forward [to the King].

“But I think it’s a very brave move from Meghan herself because, basically what she’s saying is, ‘Look, I’m the leader in this relationship; I’m open to that. Perhaps we can explain what’s been going on and why we did it, and give both sides.’” 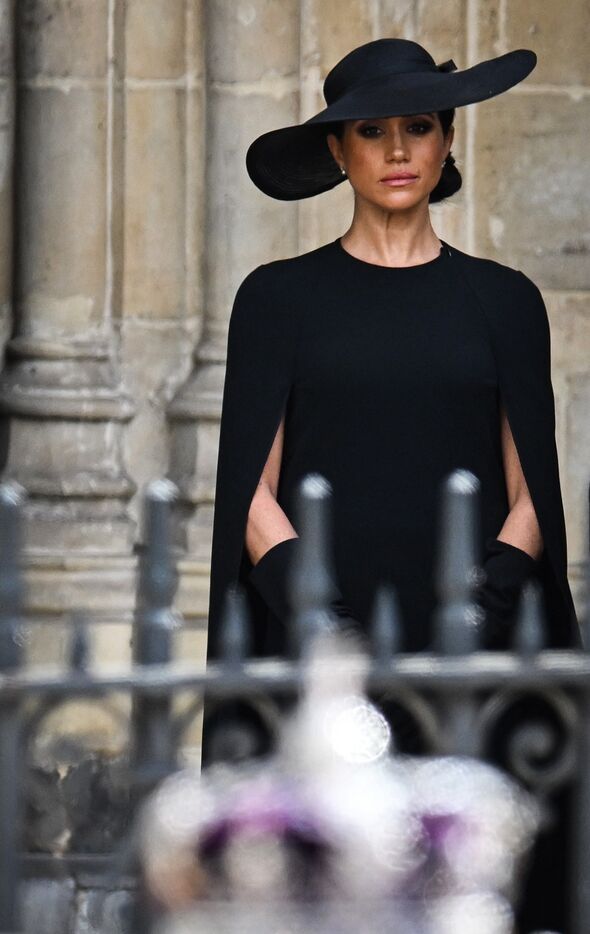 Prince Harry and Meghan Markle have made a series of controversial interventions from the side-lines since moving to America. After their interview with Oprah Winfrey, the Queen made a rare statement addressing some of the allegations the couple had made.

The Duke’s father was not immune to the accusations: in the now-famous 2021 interview, Harry said he had been financially “cut off” by the then-Prince of Wales.

But Charles seemed keen to mend familial bonds as he assumed the crown.

In his first speech as King, he said: “As my Heir, William now assumes the Scottish titles which have meant so much to me. He succeeds me as Duke of Cornwall and takes on the responsibilities for the Duchy of Cornwall which I have undertaken for more than five decades. 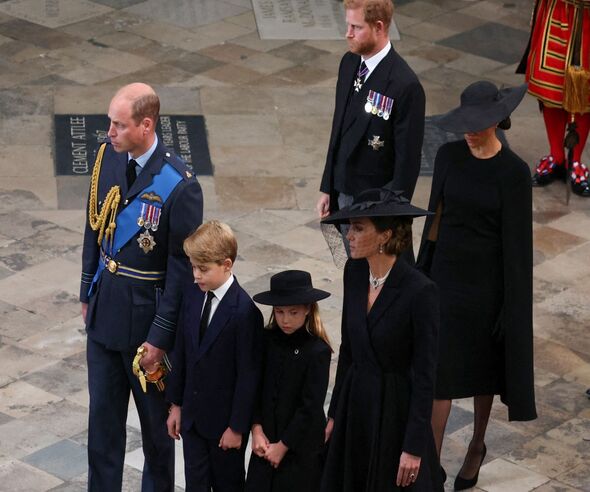 “Today, I am proud to create him Prince of Wales, Tywysog Cymru, the country whose title I have been so greatly privileged to bear during so much of my life and duty.

“With Catherine beside him, our new Prince and Princess of Wales will, I know, continue to inspire and lead our national conversations, helping to bring the marginal to the centre ground where vital help can be given.

“I want also to express my love for Harry and Meghan as they continue to build their lives overseas.”

Mr Sean speculated that Meghan may not have wanted Prince Harry present for any private audience as it might lead to “things they don’t want to discuss”.

He added: “You have to admire Meghan’s self-belief, whatever you think.”