This week a number of influential figures addressed the United Nations Foundation’s Girl Up Leadership Summit. Meghan Markle gave an empowering speech during the conference, which also included Michelle Obama and Hilary Clinton as speakers. In her first speaking engagement since stepping back from her senior royal role in March, Meghan asked women to support one another and challenge injustices.

“So use your voice both on and offline to do just that — build each other up, support each other.”

As her debut speech after months of lockdown, all eyes were on the Duchess’ latest appearance this week.

And it appeared that in the publicity building up to the conference, Meghan may also have taken some subtle steps to distance herself from her previous royal role. 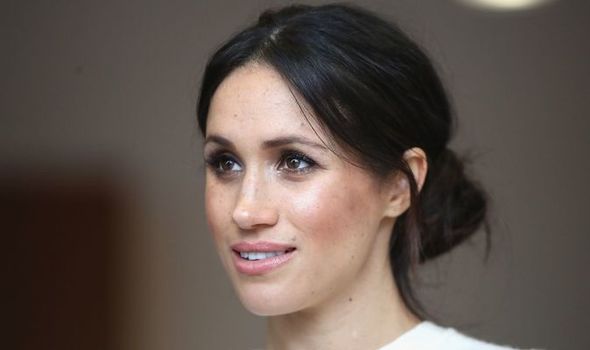 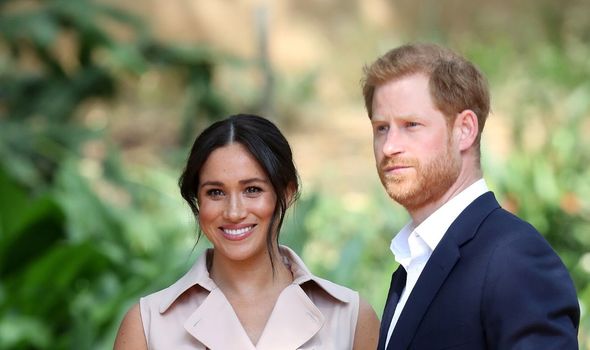 While promoting Meghan’s speech earlier this week, GirlUp tweeted: “The present is female! But don’t take our word for it.

It is possible Meghan has decided to use her surname of Markle once again to carve out a new role for herself away from her previous senior royal position.

While the public often continue to call royals by their maiden names once they are married, as is the case with both Meghan and Kate, Duchess of Cambridge, it is rare for them to ever choose to use them themselves. 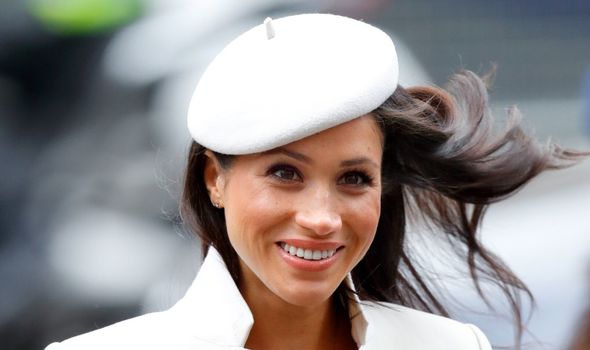 However it is also worth noting Meghan may not have chosen for her name to be styled in that way, as it could have been the decision of the event organisers to include Meghan’s former surname.

When Meghan Markle married Prince Harry in 2018, the couple subsequently became known as the Duke and Duchess of Sussex.

Officially until her exit from senior royal life earlier this year, Meghan would be known as Her Royal Highness The Duchess of Sussex in any official capacity.

While Meghan and Harry will no longer be using their HRH statuses, they are still both entitled to be called the Duke and Duchess of Sussex.

Whenever royals need a surname, they can choose to use the family name of Mountbatten-Windsor, which is also the surname of Meghan and Harry’s son Archie Harrison.

Members of the Royal Family can also choose to use their titles as their surname.

When Prince Harry and Prince William were younger they used the surname of Wales, as their father is Prince of Wales.

Prince William and Kate, Duchess of Cambridge’s children, Prince George, Princess Charlotte and Prince Louis, all use the surname Cambridge while they are in school. 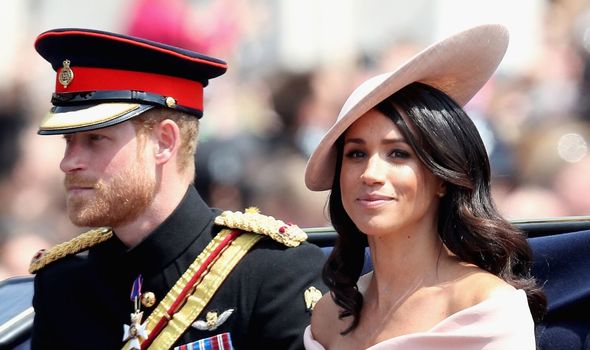 But both Meghan and Harry have signalled in the past that they may wish to use less formal names and titles in the future, hence why Meghan may have opted to use the surname Markle once again.

In an interview with British Vogue Editor Edward Enninful, it was revealed Meghan had asked to be called Meghan rather than Duchess.

Speaking at an event in the UK in March, Prince Harry also asked to be simply introduced as Harry.

And despite the fact their son is seventh in line to the throne, Meghan and Harry opted not to give their son a royal title.

Instead their son is known as Master Archie Harrison Mountbatten-Windsor, indicating the Sussexes want a life away from the royal spotlight for their child.

Royal fans are still eagerly awaiting news of Meghan and Harry’s future plans, which have been delayed due to the pandemic.

However the couple did reveal to the Daily Telegraph earlier this year their new charitable platform will be known as Archewell.