Meghan explained she was breastfeeding baby Archie in between official engagements on a tour of Africa a year ago, just months before Harry and Meghan announced they were quitting the Royal Family.

In a podcast for World Mental Health Day yesterday where the couple were interviewed by three teenagers, Meghan with Harry discussed the now infamous interview with ITV’s Tom Bradby.

Meghan also spoke about the abuse online, warning young people not to spend too much of their lives on social media. 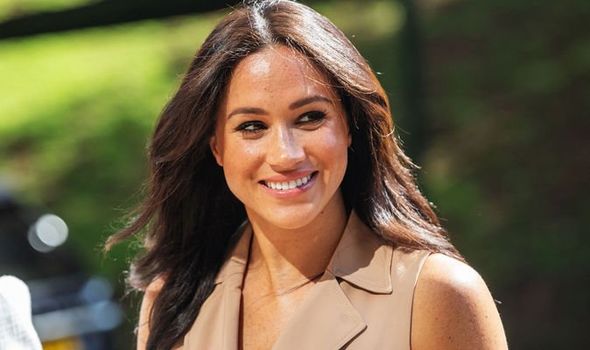 She said: “Yes, it’s a great way to connect, but it also ends up being a place where there’s a lot of ­disconnection, you know, I can speak personally to.

“I’m told that in 2019 I was the most trolled person in the entire world, male or female. Now, eight months of that I wasn’t even ­visible, I was on maternity leave or with a baby.

“But what was able to just be manufactured and churned out, it’s almost unsurvivable, that’s so big, you can’t think of what that feels like, because I don’t care if you’re 15 or 25, if people are ­saying things about you that aren’t true, what that does to your mental and emotional health is so damaging.”

Speaking of her comments to Tom Bradby in Montecito, where the couple now live in their £11million palatial home, she said: “We were on a tour in South Africa and on the last day of the tour, man I was tired. I was just about to give Archie a bath and I was exhausted.”

The Duke of Sussex said she was breastfeeding at the time, to which Meghan added: “A lot of people don’t know, it’s like running a marathon, so between every official engagement I was running back to make sure our son was fed, and it was a lot.

“At the very end the journalist asked me, ‘Well, are you OK?’ and I didn’t realise that my answer would receive such an interest from around the world, because I said, ‘Well thanks, people haven’t really asked me if I’m OK’.

I didn’t think about that answer, I just answered honestly, because I was in a moment of vulnerability because I was tired, because there was no presentation, it was just, ‘Here’s where I am, I’m a mum who is with a four-and-half-month-old baby and we are tired’.

But I think it speaks to the fact that the reason it resonated with people is because everyone wants to be asked if they’re OK.”

Harry said: “I think it’s very easy to be sucked in and consumed by negativity, but we all have the choice to be able to cut that out of our lives.

“Hate following has become a thing, you don’t need to do that. Just as much as we worry about, be concerned, and take notice of what we put in our bellies as a diet, the same applies for our eyes and our mind, what we’re consuming is affecting us. 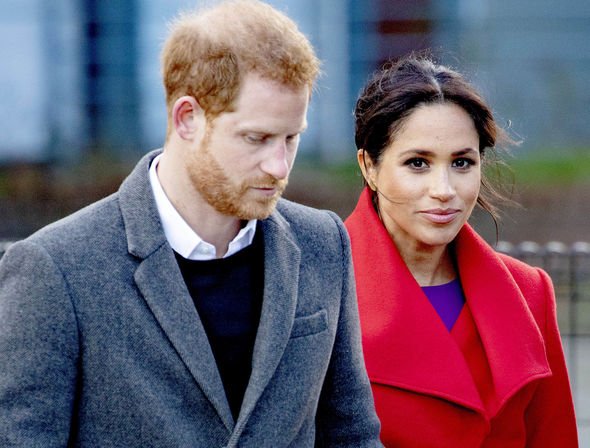 “For me, I made the choice not to read it, not to see it, and to remove myself from that, and to very much focus on the uplifting and the hopeful side.”

He added: “What I’ve seen so much over the years is people hiding behind usernames on the online space. There are things that are said digitally that nobody would say in person, of course.

“I think many, many people are hurting, a lot, and are freaking out because of the way the world is and because of, sometimes, the echo chamber that has been created for them by the online platform that they’ve chosen to be on.”

Harry and Meghan were talking on the Teenager Therapy podcast recorded by five students at Loara High School in Anaheim, California, and were interviewed by three of them – Gael, Kayla and Thomas.