Meghan Markle and Prince Harry’s private life has been analysed in the new book ‘Finding Freedom’, which the couple claimed not to have cooperated with. They first met while the US actress starred in the TV show ‘Suits’ until 2018, when the final episode was broadcast – the same year as the Royal Wedding. The Royal Family, celebrities and other figures attended their nuptials in St George’s Chapel, in Windsor, which was broadcast around the world. However, while Meghan should have remained the focus of the big day, she was briefly outshone by one of her page boys.

The amusing photograph of Brian and John, the son’s of Meghan’s close friend Jessica Mulroney, hit the headlines after one of them appeared to “photobomb” the bride as she walked down the aisle.

The broad toothy-grin smirk of the page boy was noted as one of the highlights from the Queen grandson’s wedding and went viral on Twitter.

Brian, then seven, stole the show with the amusing look before a global audience of more than 1.9 billion people.

His father Ben, a TV anchor in Canada, joked that there was “months and months of bribery and mild threatening” to ensure they would carry out their duties on the big day.

Despite having such large responsibilities on such little shoulders, the boys beamed throughout the ceremony after he Brian made a shock expression. 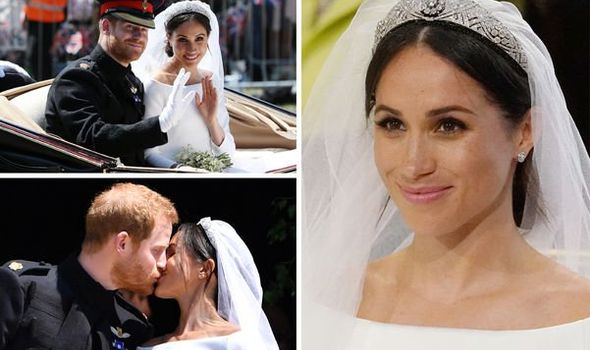 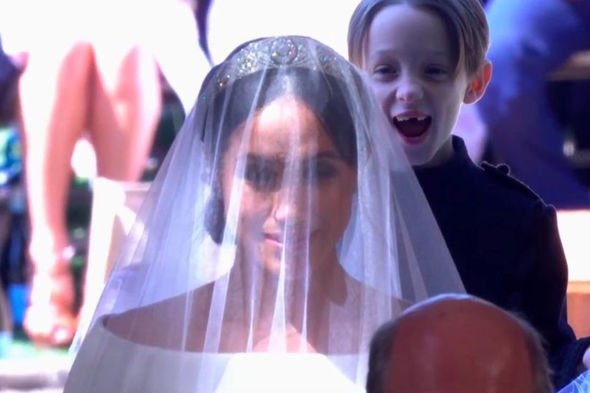 Ben told Your Morning: “I asked him and he said he’d never heard a trumpet before.

“And I think when he walked in, I think he saw all the people there and the flowers – none of that was there during the rehearsal.”

As the world went wild for his son, whose twin brother John also served as a page boy, Ben and Jessica were initially oblivious to their fame because guests were forced to leave their phones behind.

He was immensely proud of his sons and daughter Ivy, who was a flower girl, because they enjoyed themselves but still took it seriously.

Ben added: “We really didn’t see them until they got to the front of the church. There had been so much talk of getting it right with the rehearsals. 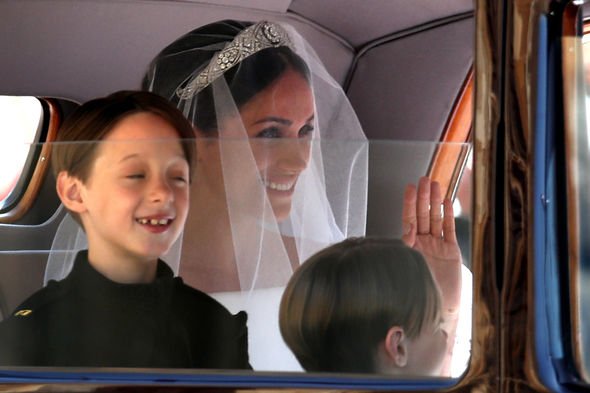 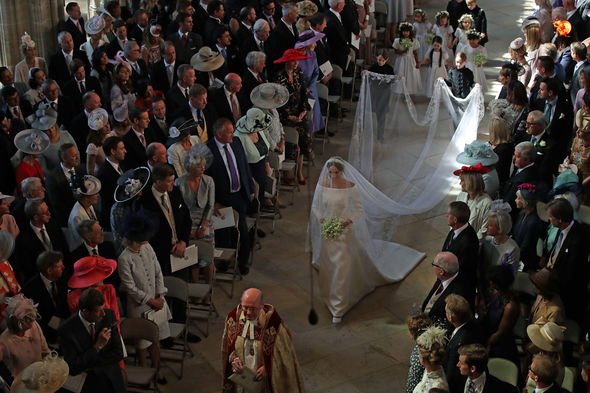 “These kids are so young that there was a lot of worry that it wouldn’t get done right but they’re having so much fun with it, which to me was the thing that gave me such pride.

“We didn’t put so much pressure on them that this wasn’t joyful for them and it was pretty darn joyful.”

He revealed that they gave the boys a few tips ahead of the big day, so that they were ready to react to the public – captured in charming shots of the boys beaming at the crowds.

Ben said: “They didn’t know what to expect. We told them, ‘If someone waves at you wave back. Wave back, have fun!’”

It appeared the boys were not only a hit with the public but also other children too, according to the father-of-three.

He added: “What a beautiful day for it as well, the kids had a chance to get to know each other a little bit during these rehearsals and some get togethers.

“So they did sort of come together in a little bit of a club before this happened.”