Wimbledon comes to an end this weekend, with the Women’s Singles Final taking place this afternoon, and the Men’s Singles Final closing the fortnight-long tournament on Sunday. Kate, Duchess of Cambridge has made her second appearance at the annual competition to watch Kazakhstani Elena Rybakina and Tunisian Ons Jabeur battle it out on the court. As Royal Patron of the All England Club, the Duchess is likely to return to present the winners’ trophies.

Kate has become a regular royal fixture at the Wimbledon Championships and is often accompanied by other members of the Royal Family.

And one year, a royal guest made two massive “faux-pas” when she visited the SW19 courts.

Meghan Markle was spotted in the stands cheering on her friend Serena Williams, who dramatically crashed out in the second round as she attempted to defend her Wimbledon crown.

But the former Hollywood actress went against Wimbledon etiquette when she turned up to the Royal Box in a pair of jeans. 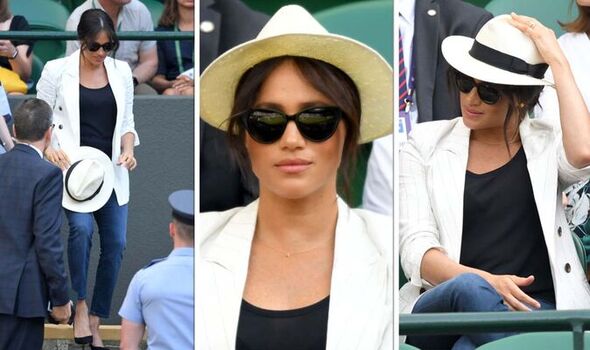 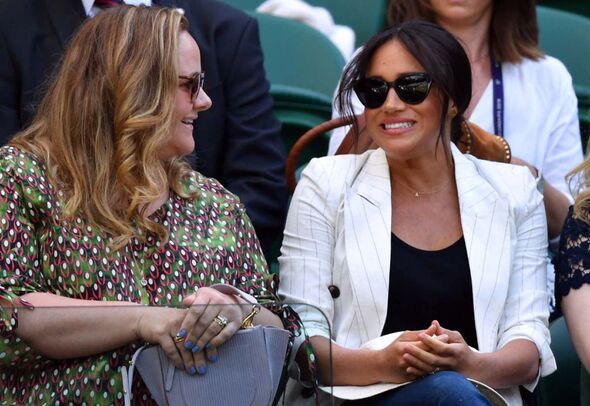 Typically, the dress code for the annual tournament is formal attire.

One member, who has been at the club for 30 years, remarked: “She’s not allowed to wear jeans.”

Meghan was subsequently not allowed to sit in the exclusive enclosure.

The Duchess of Sussex was also criticised for her “self-regarding paranoia” after her bodyguards were forced to tell tennis fans to stop taking photographs of the royal. 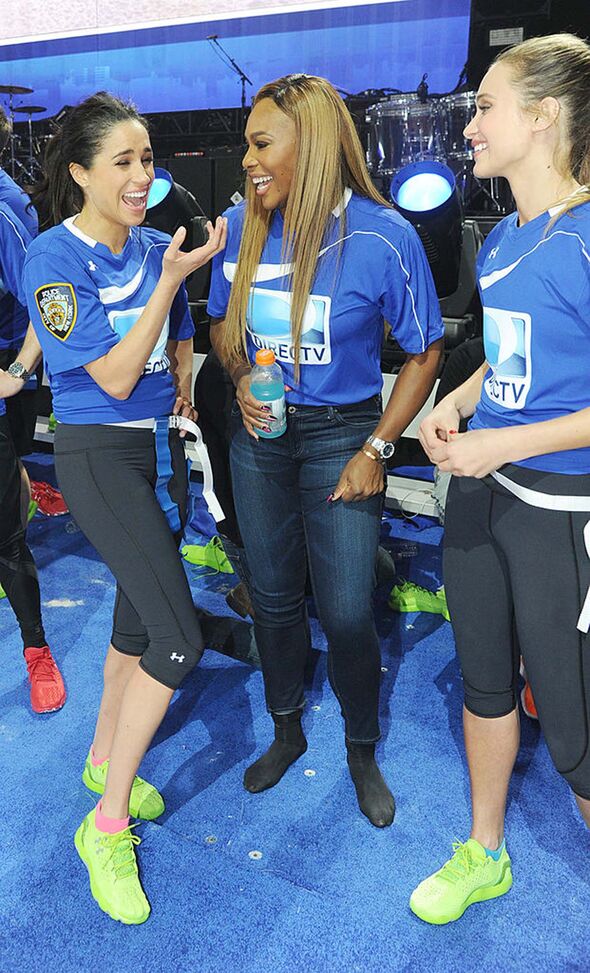 A source close to the All England Club said: ”She wanted to come incognito but there were problems.

“They couldn’t invite her into the Royal Box because she was wearing jeans but that didn’t really matter because all she wanted to do was come and watch Serena.

“Andy Murray was on Court 1 afterwards and it was a massive faux pas not to watch a Brit when she is signed up to the Royal Family.” 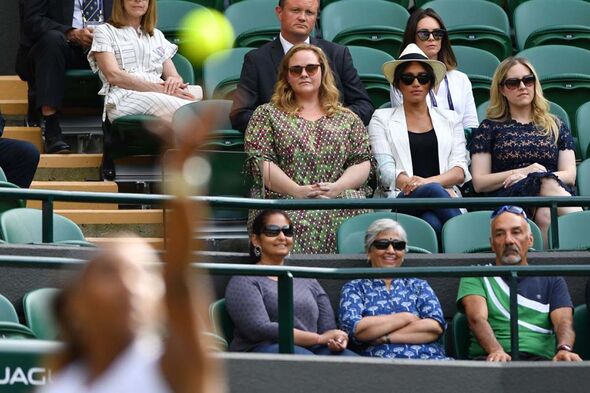 Media consultant and journalist Sally Jones claimed one of Meghan’s security guards told her to stop taking pictures of Meghan because she was attending Wimbledon in a “private capacity”.

Ms Jones, who sat in the same row as Meghan, claimed she had been unaware the Duchess was there and was trying to photograph Williams.

In a column for The Daily Telegraph about her experience, she wrote: “This puzzlingly random control freakery is in direct contravention of royal practice.

“Most of the Queen’s extended family appearing in public, whether in a public or private capacity, are generally neither surprised nor affronted to be surveyed or photographed by a predominantly sympathetic public, delighted at a chance encounter with even lesser royal lights.

“As a journalist, I have covered scores of ‘royal rotas’ over the years, from the wedding of Prince Charles and Lady Diana and Prince Edward’s first appearance as a Cambridge undergraduate on an archaeological dig at the Roman city of Wroxeter to his own wedding at Windsor Castle.

“I have often witnessed the sheer joy created among ordinary citizens by proximity to royalty.”

Ms Jones went on to claim Meghan’s royal protection officer told her not to take pictures of the Duchess, an order that she described as “bonkers”.

She told the Telegraph: “I think this royal protection officer was quite embarrassed.

“He appeared a bit mystified as to why he was being asked to make such a request.

“I told him it was bonkers and that even if I had been trying to snap the Duchess I’d have got a blurry picture of her right ear. 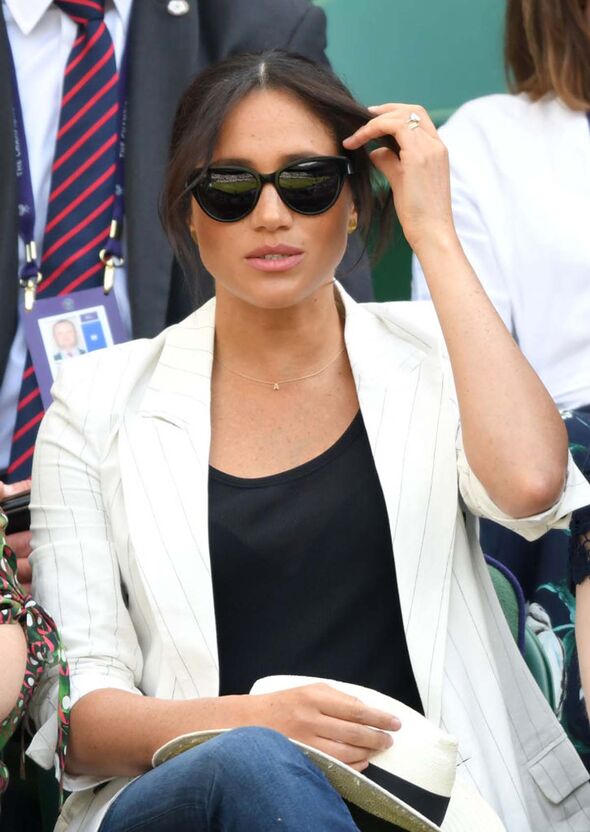 “Apart from anything else, there were hundreds of people clicking away.

“I said to him; have you thought about having a word with any of those television cameras? He looked a little uncomfortable.”

Buckingham Palace confirmed in a statement at the time that Meghan attended Wimbledon.

And after her match, Williams told reporters that she was not aware “there was negative media out there” in relation to Meghan’s visit.

The All England Club also said in a statement to The Times: “Any suggestion that the Duchess’s visit was anything other than a privilege for the club is categorically not the view of the club and she is always welcome to attend the championships.”