Meghan Markle and Prince Harry have left life as senior royals behind and jetted off to California to start a new life with their one-year-old son Archie Harrison. Recently, a new book, titled Finding Freedom, shed light on the Duke and Duchess of Sussex’ wedding day in 2018.

The couple’s marriage was officiated by the Archbishop of Canterbury, Justin Welby.

Meghan’s simple, yet stunning wedding dress was designed by the British designer Clare Waight Keller under the aegis of the fashion house Givenchy.

The dress was made of “double-bonded silk cady cushioned by an underskirt in triple silk organza” and had a boat neckline, long sleeves and sweeping train. 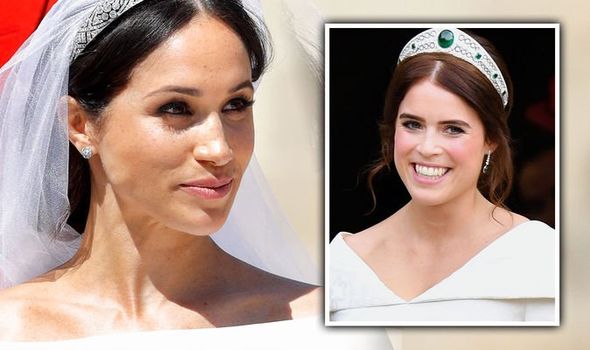 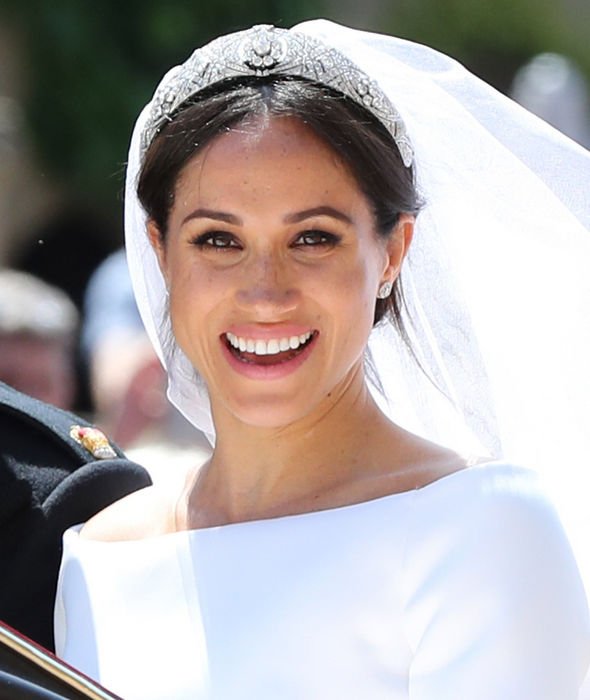 The veil worn by the Duchess of Sussex was 16ft long and was embroiled with 55 flowers.

The silk veil was secured by the Queen Mary diamond bandeau tiara, made in 1932.

But the tiara, which is a platinum band, made up of eleven sections, a detachable centre brooch with interlaced opals and diamonds, was reportedly not Meghan’s first choice.

The diamond bandeau tiara was made for Queen Mary and belonged to Queen Elizabeth II, who lent it to Meghan on her wedding day. 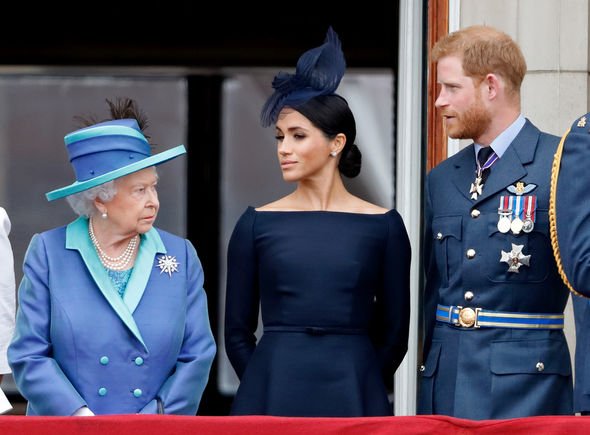 Apparently, Prince Harry had to step in and have words with the Queen’s dresser, Angela Kelly, who “deliberately dragged her feet”.

This then prompted the Queen to tell Harry that “Meghan cannot have whatever she wants. She gets what tiara she’s given by me.”

The authors further wrote: “Harry felt that there were those within the institution that would stop at nothing at the very least to make Meghan’s life difficult.

“What followed between the prince and Angela was a heated exchange that was far from the typical restraint expected.

According to a source, Harry had no problem confronting the issue head on.

The aide said: “He was fed up. In the end, Harry had to speak to his grandmother about the situation. And she got her trial.”

Whether this is true has not been confirmed by official representatives for the Royal Family. 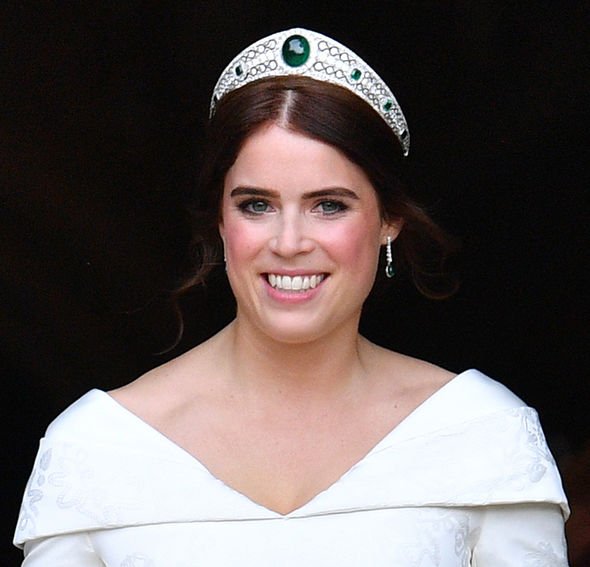 However, Meghan is said to have wanted a tiara featuring emeralds.

According to Mail Online, her preferred diadem was the Greville Emerald Kokoshnik tiara.

This tiara was worn by Princess Eugenie at her wedding to Jack Brooksbank six months after the Sussexes’ nuptials.

The Greville Emerald Kokoshnik tiara is said to be the most expensive royal wedding tiara in the collection, estimated at £10m.