This is the moment a woman awkwardly snubbed Meghan Markle who was shaking hands with people outside Windsor Castle.

The icy moment was caught on video as the Duchess of Sussex chatted to other Royal fans on Saturday.

As Meghan, 41, greeted other mourners who had queued for hours outside of the Royal residence one woman seemed to refuse to put her hand out while Meghan shook the hands of people next to her.

She was joined by other members of the ‘Fab Four’ as her husband Prince Harry, Prince William and the Princess of Wales gathered unexpectedly and greeted well-wishers who laid flowers outside of the castle.

In the footage the un-named woman turned her head away from the former Suits actress and looked like she refused to make eye-contact with her and didn’t extend her hand. 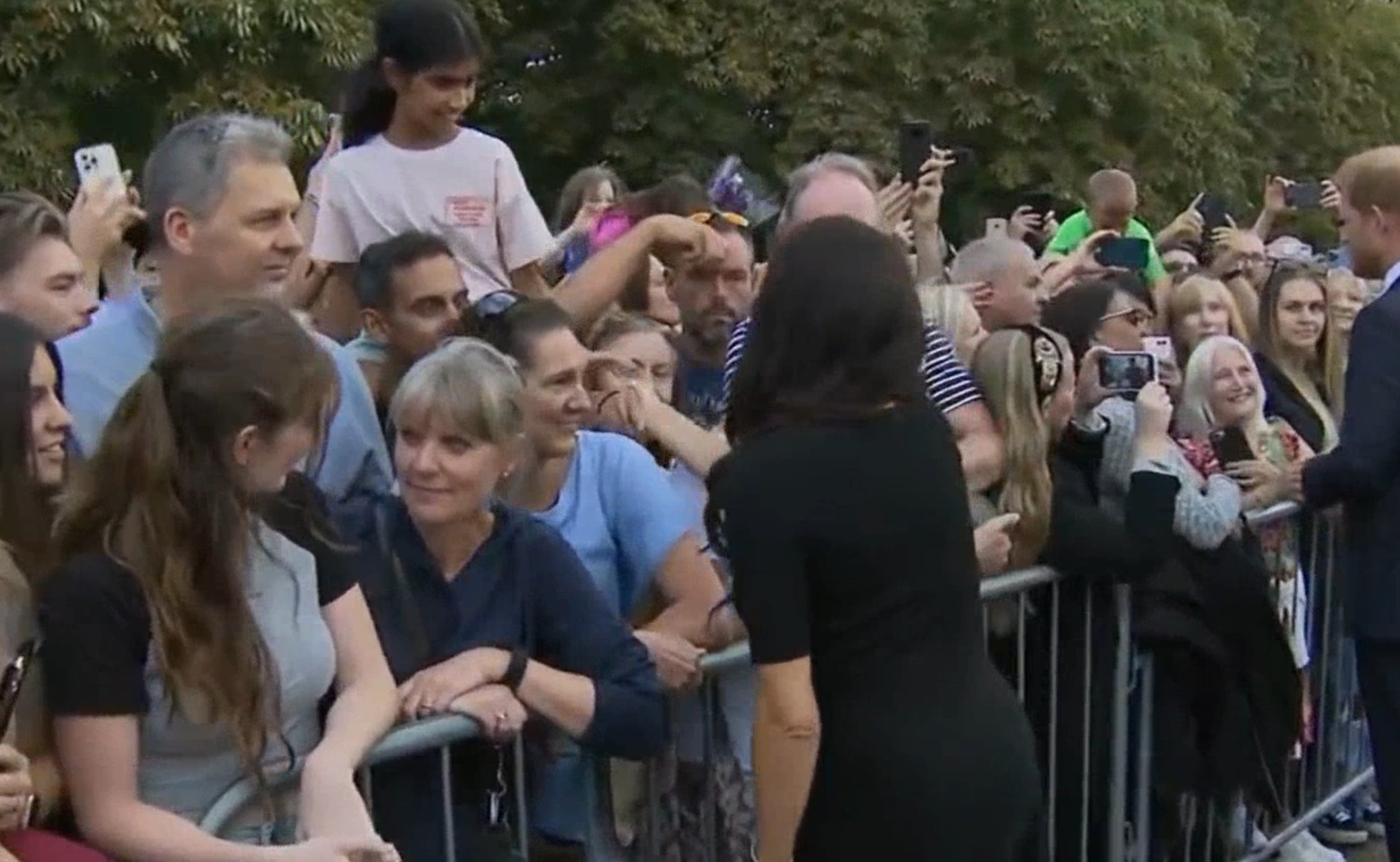 Hundreds of others gave the Duchess a warm reception, with some handing her flowers to lay down in tribute to the Queen.

For nearly an hour the two couples spoke with distraught royalists and accepted gifts and flowers.

As she made her way down the line of fans many took the time to chat with her and pass on their best wishes.

One teenager even gave the Duchess a massive hug and got an extra special interaction as she joined the crowds.

But Meghan seemed to handle the awkward moment like a pro and was unfazed as she carried on along the line.

Seconds after Meghan walked past the woman turned to her friend and the two giggled over the frosty moment.

The walkabout between the ‘Fab four’ was the first time Prince Harry and Meghan, were seen publicly alongside his brother Prince William and Kate in over two years.

They were last seen together on Commonwealth Day in 2020, two months after Meghan and Harry announced their plans to step back as senior royals.

Earlier today Oprah Winfrey weighed in on Prince Harry and Meghan’s relationship with the royal family and hoped they could put their differences aside.