Meghan Markle has argued she gave her life to be a part of the Royal Family and it was a shame things didn’t work out. Channel 5’s royal documentary, Meghan and Harry: The New Revelations, saw royal commentators reflect on the impact Meghan had when she became a part of the Royal Family. Royal expert Russell Myers and Emily Andrews agreed Meghan had already proven to be successful before joining the monarchy.

They added there was a culture clash between the Duchess and the rest of the royals as Meghan continued to aim for loftier heights.

Mr Myers said: “On the face of it everybody was very excited when Meghan came on the scene.

“She was hugely successful in her own right.

“She had spoken on the world stage on big issues like the UN, human rights, girls education and I think there was an awful lot of interest with her coming on the scene.” 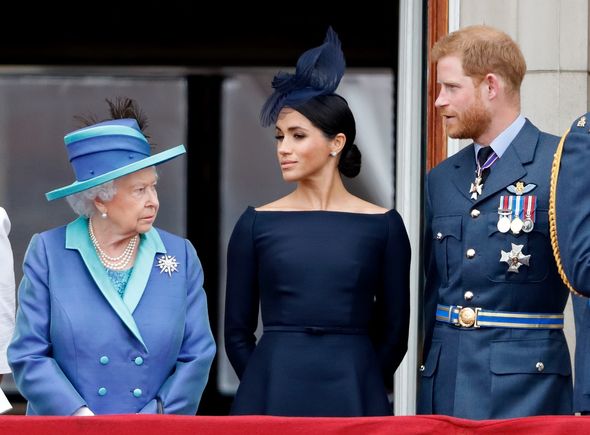 Mr Myers reflected on the tension raised as Meghan continued to have lofty ambitions while a member of the Royal Family.

He said: “Meghan definitely wanted to hit the ground running, she had said that herself and I think in certain sections of the palace it was quite difficult.

“There are certain protocols that had to be followed and when these two worlds collided there was definitely a clash that couldn’t be avoided.”

Ms Andrews reflected on the impact Meghan’s goal had on the rest of the Royal Family. 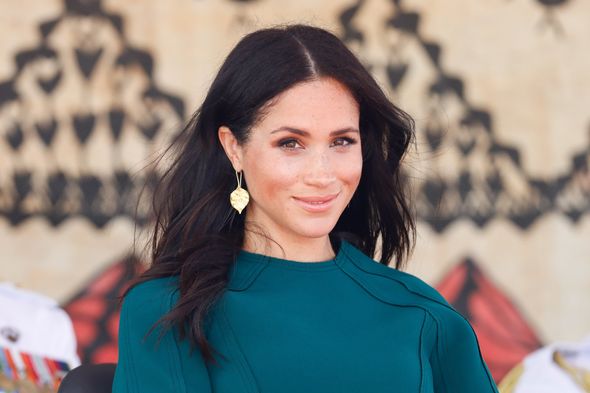 She said: “There was a culture clash.

“An American divorcee, bi-racial actress, a woman of substance, a 21st-century girl from Los Angeles.

“This is versus the pale, male, stale and very white British monarchy.

“It is done in a way that tradition is all, duty is all and that is not very woke or 21st century.”

Both commentators noted that Meghan grew frustrated at the restrictions being put on her as a senior royal.

In addition to this, the growing criticism she faced also contributed to her desire to step away from the Royal Family, resulting in her and Prince Harry’s departure.