Meghan Markle and Prince Harry are due to become podcast hosts as part of a new deal with Spotify to create original audio programming for Spotify. The couple’s multi-year pact will relate to the couple’s newly formed Archewell Audio production couple. But how much have the Sussex couple been paid by Spotify?

Prince Harry and Meghan Markle were key members of the Royal Family before they announced their intention to leave their senior roles at the beginning of 2020.

The Duke and Duchess of Sussex left their senior roles at the end of March, after which they moved to the USA.

The couple now live in California with their one-year-old son Archie Harrison Mountbatten-Windsor.

Meghan and Harry have undertaken several speaking engagements since leaving their royal roles, but today it was revealed they will host their own podcast. 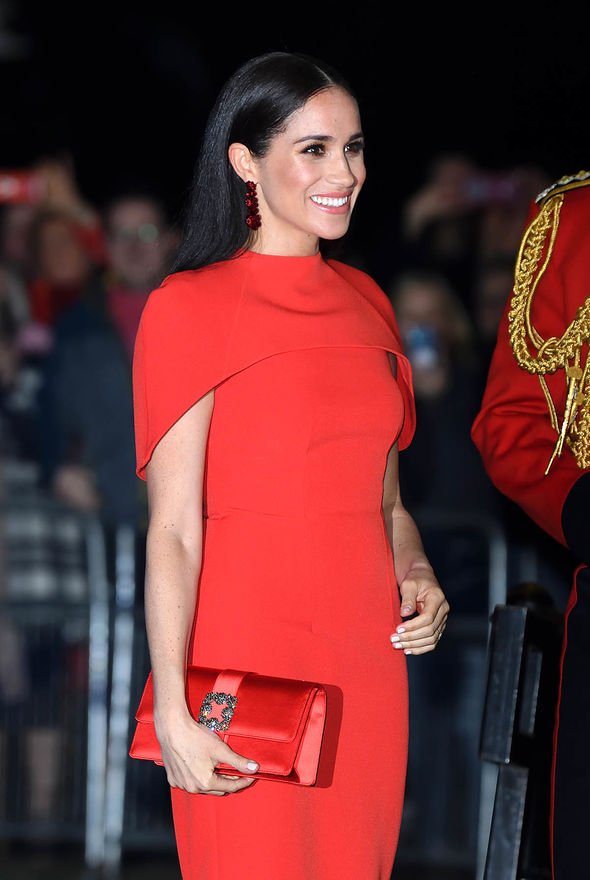 Through the venture, the Sussexes will produce programming which “uplifts and entertains audiences around the world” with podcasts that aim to “build community through shared experience, narratives, and values.”

They also intend to spotlight diverse perspectives and voices.

Dawn Ostroff, Spotify’s chief content and advertising business officer said: “The Duke and Duchess of Sussex may live in California but the power of their voices rests in their status as citizens of the world.

“That they are embracing the extraordinary capacity of podcasts on Spotify while also seeking to elevate underrepresented voices is a testament to their appreciation for the potential of audio storytelling.”

The Duke and Duchess released a joint statement about the new venture.

They said: “What we love about podcasting is that it reminds all of us to take a moment and to really listen, to connect to one another without distraction.

The news of the deal comes just a few months after the Sussex couple signed a deal with Netflix for exclusive TV and film projects.

How much money has Spotify paid Meghan and Harry?

The exact amount paid to the Sussex couple for their podcast deal is unknown.

However, the streaming service agreed an exclusive deal worth £75m ($100m) with US comedian Joe Rogan in May.

She featured her husband, former president Barack Obama as one of her first guests.

Meghan and Harry previously agreed a £100 million partnership with Netflix.

The couple is also due to earn as much as £770,000 ($1m) for delivering online speeches, on condition of an upfront fee and ability to pick any moderators.

The Duke of Sussex spoke at an event in Miami earlier this year shortly after leaving the Royal Family and was reportedly paid a six-figure sum.

Royal biographer Angela Levein has claimed the couple must earn a lot of money to cover the cost of their home and other expenses.

Ms Levin told talkRADIO: “They have to earn a load of money to pay for their mortgage and getting the huge house cleaned and the garden done.

“It’s got 16 bathrooms, it needs quite a lot of scrubbing over time.”

Earlier this year, the Sussex couple repaid the £2.4 million which was used to renovate Frogmore Cottage.

Harry and Meghan agreed to pay back the money and start paying rent as part of the plans drawn up when they quit as senior working royals in March.

The couple also recently bought a home in Santa Barbara together costing an estimated £11.2m.