The Duchess of Sussex was named a UN Women advocate for Political Participation and Leadership in 2015. Meghan has spoken glowingly about her excitement to take part, but a revised edition of ‘Battle of Brothers’ has claimed she felt snubbed that she had not been asked to be a goodwill ambassador. Author Robert Lacey went on to claim that her sudden departure from a Fiji market in October 2018 was because UN Women were hosting the event.

Mr Lacey wrote: “[Meghan] had rubbed shoulders with the likes of Hillary Clinton… and might have hoped to join UN Women’s distinguished roster of goodwill ambassadors that included celebrities such as Nicole Kidman and Emma Watson… but in those pre-Harry days UN Women only assigned the cable actress the lesser role of advocate.”

He quoted a Hollywood screenwriter with a connection to the Duchess, who said: “Meghan does not cope well with rejection.

“She’s nice and smiley as can be until you step in her way or don’t give her what she hopes for. She can be remorseless ‒ heaven help you!”

According to a source, she said she would only visit the market if there was no branding for UN Women and that she “snapped” after seeing posters and T-shirts advertising the UN. 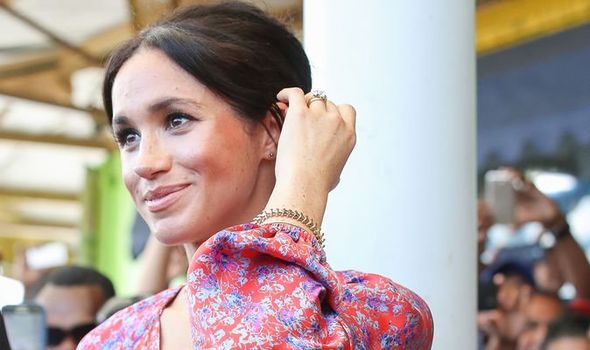 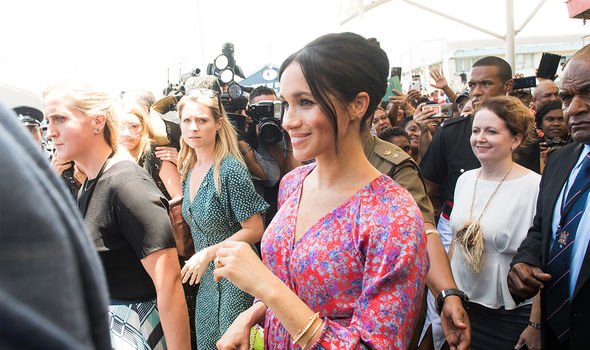 Meghan’s lawyers have denied the claims and said she met with leaders from UN Women later during her visit.

Mr Myers cast doubt on the idea that Meghan’s sudden departure from the market was down to her feeling snubbed by UN Women.

He said he thought it would be very “churlish” of her if the claims were true, but argued there were other factors that were far more likely to be the cause. 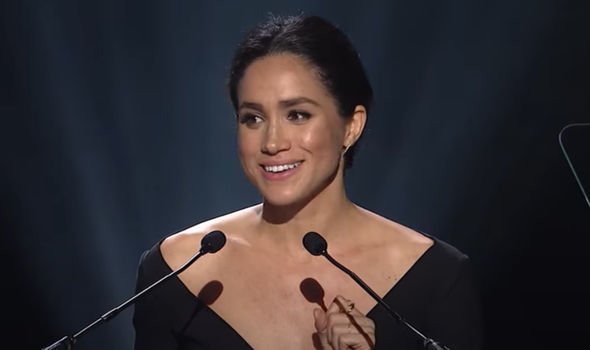 He explained that Meghan was very hot, pregnant and there had been a security scare earlier on in the tour.

Mr Myers said: “I mean it seems quite churlish if that is the case.

“I mean, I was on that tour and I remember it very well that the issues at the time were there was a security scare, she was pregnant, she was very hot…

“They all seem, dare I say, far more believable, than the fact that she got a bit peeved that she walked in and there were UN Women signs all over the place and she didn’t want to be pictured with one of them.” 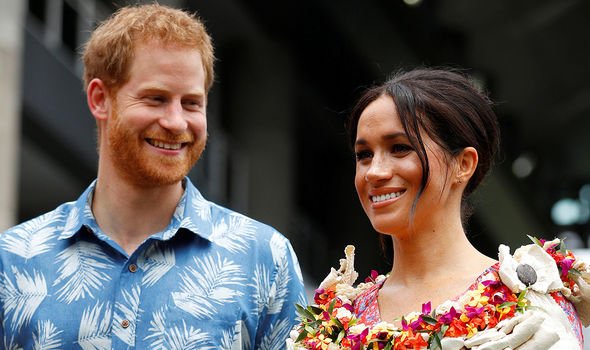 He added that the source for this story seemed to have such a distant connection to Meghan that it may not be that reliable.

The royal editor said: “Maybe six of one, half a dozen of the other with this one, but he quotes a Los Angeles screenwriter who was close to associates of Meghan at the time of her first marriage ‒ so it’s getting a bit removed.”

Referring to the quote claiming Meghan does not cope well with rejection, he said: “That may be true, it may not be true.

“However, does it really relate to the Fiji market? I’m not so sure on that point. I think there was possibly a bit more to it, it’s never really come out.”

Reports from the time said Meghan was being given a tour of Suva Market when her bodyguards intervened.

One onlooker reportedly said Meghan appeared to “look concerned” before entering and looked “really disengaged, not her usual self at all”.

She then appeared to whisper something to one of her aides before being whisked away.

The witness told the Mirror: “She stopped to speak to a pineapple seller on one of the stalls and had a very blank and disengaged look on her face, which is very unlike her.

“It was very hot and humid in there so perhaps it wasn’t the best environment for a pregnant woman.

“After speaking for about a minute she broke off and spoke to the same aide again before she was whisked out of the market very soon after.”