Meghan Markle travelled to New York with Prince Harry for his speech at the UN General Assembly. The Duke of Sussex spoke of the dangers of climate change, the coronavirus pandemic, “weaponising lies and disinformation”, the war in Ukraine, and abortion laws in the US while marking Nelson Mandela International Day. Royal expert Neil Sean has since claimed the reception to Harry’s speech was not a “good look”.

Speaking on his YouTube channel, Mr Sean claimed: “It must have been very difficult for Harry.

“It kind of looked like a British pantomine that hadn’t sold out.

“All those empty seats is never a good look.

“According to the UN it wasn’t really that well publicised. Rubbish. This was put into the world’s media. 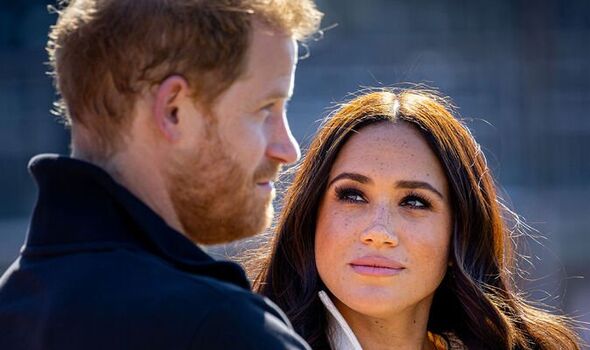 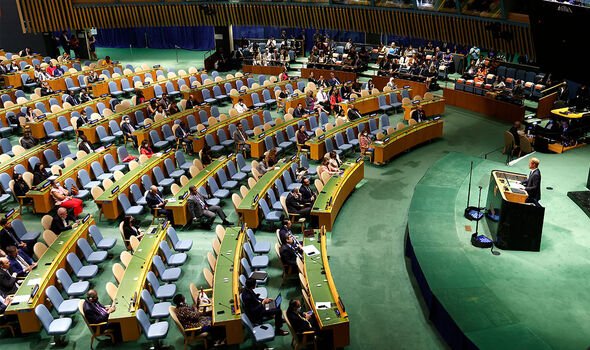 “Everybody would have known about it so what was the particular problem?

“Meghan wants answers, naturally because they made that big effort to come all the way from California to spend time in New York and when they arrived, there wasn’t the welcome they both anticipated.

“You can understand they schlepped all those miles to do that.”

It comes as Royal correspondent Peter Ford has since explained it is against royal protocol for any family member to share their opinion on politics.

He added that Harry should return his title if he wishes to live as a celebrity instead of a royal.

Speaking to The Morning Show, Mr Ford said: “He did stray into areas where you’re not allowed to stray while you hold a royal title.

“He’s always going to be Prince Harry, no one can take that away from him but he won’t always be the Duke.

“He gets this but for some reason, he’s choosing to abide by it. 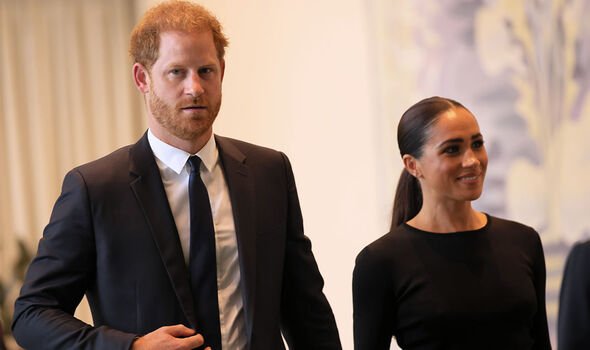 “When you have a royal title you cannot be discussing things like abortion rights no matter what you believe.

“You are not permitted to do that when you are a member of the Royal Family.

“This is a problem because he’s in a very grey zone. He kind of is royal but not really a royal.”

He added: “People around the world are saying, ‘Prince Harry can say what he wants’. He can’t. Royal protocol dictates you cannot get political that’s the rule book.

“Give away the title, hand it back. You can do whatever you want then. This is the blurry line between being a celebrity and being royalty.”