Meghan Markle and Prince Harry will this weekend star in a no holds barred interview with Oprah Winfrey, with fans eager to hear from Meghan following their split from the Firm more than a year ago. However some critics of the couple have spoken out against the interview, and in response, close friends of Meghan’s have rallied to her defence on social media.

One such friend is LA-based, film director, producer and writer Silver Tree, who post a series of Tweets and photos in defence of her friend.

Taking to social media Ms Tree gave insights into her friendship with the Duchess.

Sharing several photos of the pair she wrote: “This is Meg. A real person- not a cover story.

“She is one of my very nearest and dearest. Like all her friends I love her madly.” 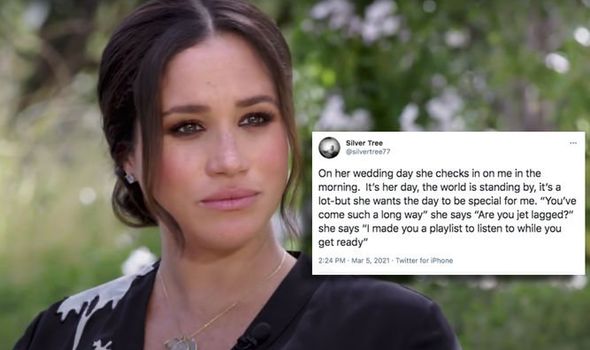 She also tweeted of Meghan: “She’s the friend who shares her all of her secrets with you, because despite having so many reasons to put walls up her heart remains as wide open as it always has been.”

In another Twitter post, Ms Tree spoke of Meghan and Harry’s 2018 royal wedding, at which she was a guest.

She revealed a touching way Meghan had made sure she was comfortable following the 10-hour flight from the USA to UK for the occasion. 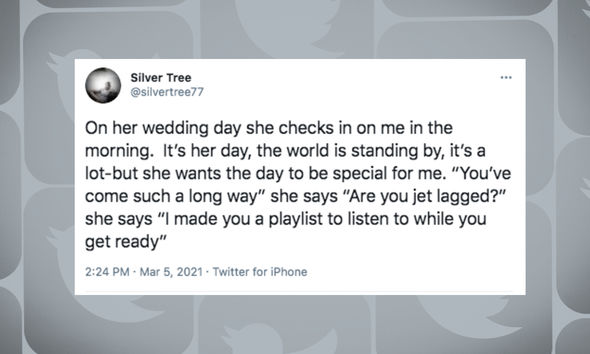 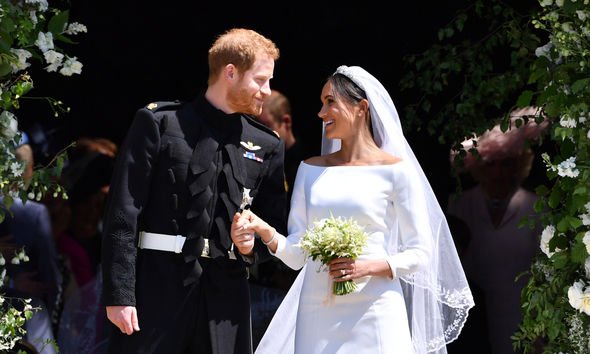 Ms Tree tweeted: “On her wedding day she checks in on me in the morning.

“It’s her day, the world is standing by, it’s a lot-but she wants the day to be special for me.

“’You’ve come such a long way’ she says ‘Are you jet lagged?’ she says ‘I made you a playlist to listen to while you get ready’”.

Fans were quick to comment on the touching friendship between the pair.

One responded: “Now I thought I was an A+ plus friend, but this makes me feel inadequate. Sweetest story.”

Another said: “What a beautiful soul, I am crying”.

A third added: “Wow she sounds amazing. You’re lucky to have such an amazing friend”.

Their wedding was a lavish affair, attended by both royalty and A-list celebrities. 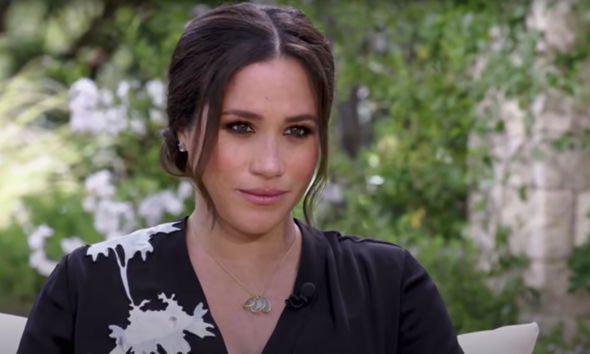 Among the guests were Meghan’s castmates from American legal drama Suits.

His tweets came after Buckingham Palace launched a probe into allegations the Duchess bullied her former royal staff.

In response to the allegations, a spokesperson for the Duke and Duchess of Sussex told royal reporter Omid Scobie: “The Duchess is saddened by this latest attack on her character, particularly as someone who has been the target of bullying herself and is deeply committed to supporting those who have experienced pain and trauma.

Buckingham Palace issued a statement on the matter saying: “We are clearly very concerned about allegations in ‘The Times’ following claims made by former staff of The Duke and Duchess of Sussex.

“Accordingly our HR team will look into the circumstances outlined in the article.

“Members of staff involved at the time, including those who have left the Household, will be invited to participate to see if lessons can be learned.

Oprah With Meghan And Harry: A CBS Primetime Special had been licensed to air worldwide.

The programme will air in the USA on CBS on March 7 at 8pm EST.

In the UK the full interview will be shown on ITV on March 8 at 8pm.