Mr Eden discussed images of Ms Markle from the Queen’s funeral as she was seated behind a large candle. He went on to talk about Prince Harry and the Duchess of Sussex also being seated behind one of the tallest members of the Royal Family, Tim Lawrence. Mr Pierce speculated with Mr Eden as to whether this was pre planned or not, before going on to priase the former Monarch Queen Elizabeth II for her diplomacy and planning skills. The Queen’s state funeral managed to draw in a 37.5 million viewers.

Mr Eden told Palace Confidential: “Well there I was watching the coverage, you know on television and you couldn’t see Meghan, why was that?”

Mr Eden explained: “There was this really cool really tall candle right in front of the view of the camera.

“And not just that but by coincidence they seem to have been seated, Harry and Meghan directly behind the tallest member of the Royal Family.

JUST IN: Pension nightmare: 500,000 retirees to be forced to pay income tax next year under plans 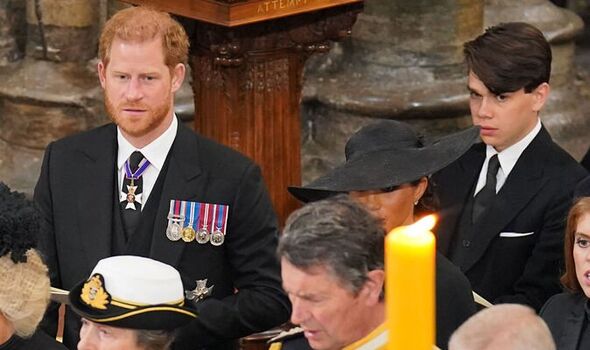 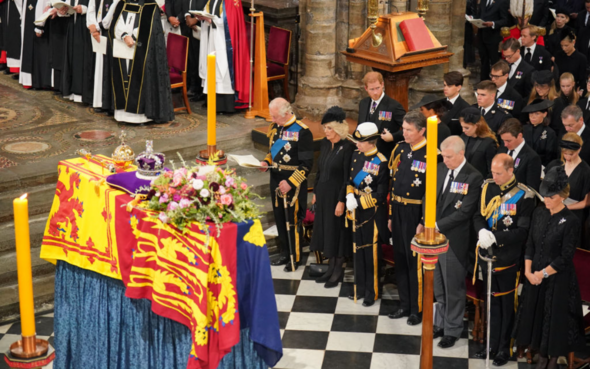 “Now you know that could be coincidence or… But as we know everything is planned meticulously.”

Mr Pierce added: “The Queen was a master diplomat, the Queen could have written the textbook on diplomacy very skilled, and she would have worked out every single detail.

There has been speculation as to whether Ms Markle and Prince Harry will ever rejoing the firm as working royals.

Some royal experts have expressed a hopeful sentiment that the royal couple will come back, after they made an appearance with Prince William and Kate, Princess of Wales at Windsor Castle in order to meet with mourners.

Throughout the Queen’s mourning period both Harry and Meghan paid their respects to the former Monarch.

And despite Mr Pierce’s comments, other television commentators have been praising Ms Markle throughout her latest trip to Britain.

DON’T MISS: Taiwan tensions skyrocket as US and Canadian warship sail through Strait[INSIGHT] 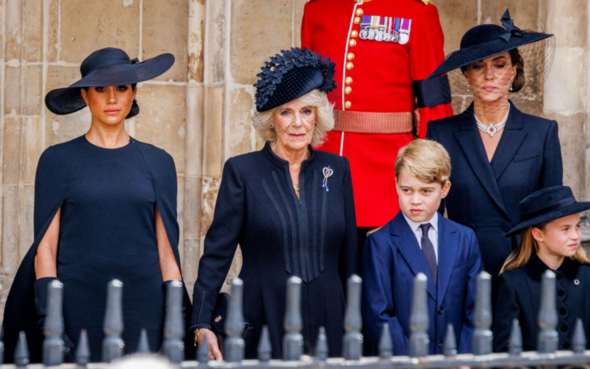 Dr Shola Mos-Shogbamimu wrote on Twitter: “Grace. Class. Dignity. Fortitude. This is Meghan Markle Personified. It takes a special kind of hate to see this & be enraged. To then complain about her arms at #QueenElizabeth funeral is unhinged. The one-drop black rule is an ideology of Whiteness. She’s Black to them. Not White.”