The Duchess of Sussex was married to the Hollywood producer and talent agent for two years, but their relationship spanned nearly a decade. They started growing apart after Meghan moved from their home in Los Angeles to Toronto, Canada, to film the TV legal drama Suits, which she starred in for seven seasons. Eventually, Meghan broke off their relationship and sent her rings back to Trevor in the post, according to her brother Thomas Markle Jnr.

However, since their split in 2013, their lives have eerily mirrored each other.

First they both moved on to date other people ‒ Meghan dated restaurateur Cory Vitiello for two years, while Trevor dated Bethenny Frankel The Real Housewives of New York City.

Then their relationships with their now-spouses seemed to happen in sync, with Trevor a year behind with each milestone. 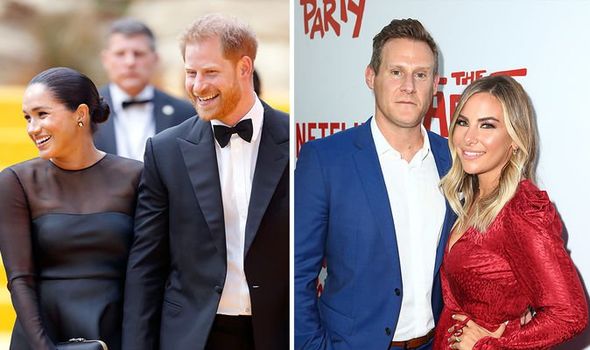 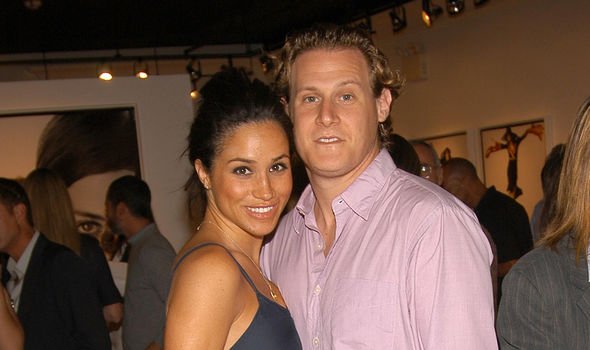 Their son Archie Harrison Mountbatten-Windsor was born on May 6, 2019.

In this way, Trevor started dating Tracey at the same time Meghan and Harry got engaged.

Then, he proposed to Tracey in California’s Napa Valley just two weeks after his ex-wife’s high-profile nuptials. 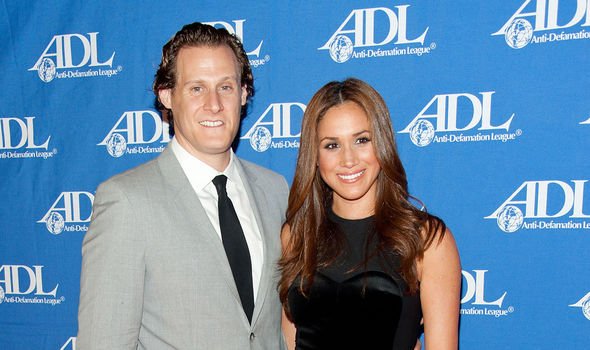 Then, they finally tied the knot just days after the birth of Meghan and Harry’s son.

Even more bizarrely, they actually had their ceremony in Montecito, where the Sussexes now live.

Meghan and Harry recently bought a new £11.4million ($14.7million) mansion in the Californian city, from which they have done numerous video calls and speeches over the past few months.

Trevor and Tracey made use of the glorious beaches in Montecito for their wedding last year, which could not have been more different to the royal wedding. 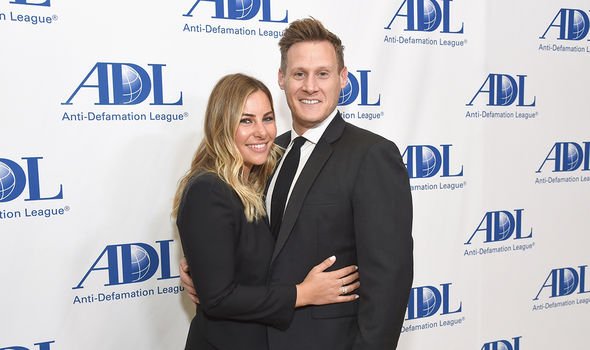 A source told ET at the time that before their nuptials, Trevor and Tracey’s guests spent the day at the beach, lounged by the pool and played cornhole on boards customised with ‘T <3 T’ hand-painted on them.

Their ceremony is thought to have taken place outdoors at the Rosewood Miramar Beach in a clear tent adorned with 32,800 twinkling string lights.

The bridesmaids wore gold dresses and crowns of baby’s-breath on their heads.

Trevor wore a tuxedo and had baby’s-breath as a boutonnière.

A source said: “It couldn’t have been more different than the royal wedding.

“This was not stuffy! It was fun and casual and absolutely beautiful.

“Everyone was having the best time, especially Trevor and Tracey.”

A source also claimed the couple had a low-key rehearsal dinner in the same location on the Friday night.

At the dinner, tables were decorated with a subtle Mexican vibe that included tie-dyed blue tablecloths, decorative limes and fresh-cut peonies and hydrangeas, and there was salsa, guacamole and tortilla chips on every table.

The groom wore a pink suit and the bride a crop-top dress.

Trevor and Meghan first met in 2004 in a bar in West Hollywood.

They lived together in LA before getting married in Jamaica in 2011.