Royal commentators Roberta Fiorito and Rachel Bowie admitted to being delighted that Meghan Markle has cast her vote in the US election. The pair also discussed the laws surrounding monarchs being allowed to vote in elections. They concluded that while it was not something the Royal Family did due to the Queen’s political neutrality, it was not something that was illegal.

Ms Fiorito said: “Meghan Markle was the first modern royal to vote in an election, that is huge.”

Ms Bowie added: “Yeah it is definitely a momentous occasion that she was able to do that.

“It is cool and she has been so vocal about it leading up to the election.

“I like that we had that presence among us.” 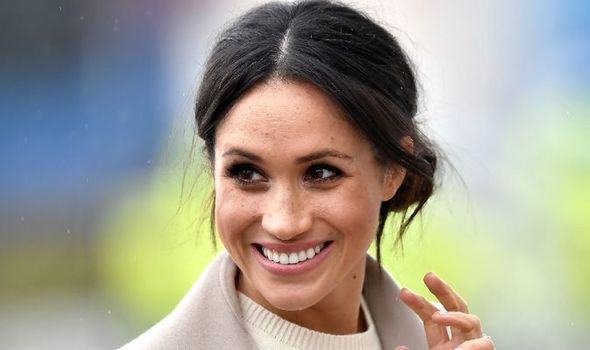 Ms Fiorito added an often overlooked fact regarding the Royal Family and politics.

She said: “It is actually not forbidden by law for the Royals to vote.

“It is just that Queen Elizabeth has always been politically neutral.

“I find that super interesting and I want to do a deep dive into the laws regarding this.

“They are technically not, I guess since she has been politically neutral I don’t think there is a law about monarchs voting.

“But I just don’t think they ever would.”

After stepping down as a senior working royal with husband Prince Harry, Meghan has repeatedly spoken on the US election.

This has brought with it criticism, however, as both she and Prince Harry have been told to not get involved in politics at all.

Prince Philip would ‘back Biden over Trump’ due to key campaign policy [INSIGHT]
Queen’s blunt confession on US-UK relations: ‘You taught us a lesson!’ [EXPLAINED]
Obama confessed ‘US prefer royals to politicians’ to Prince Charles [EXPOSED]

The pair saw a significant backlash after the release of a video with TIME magazine on the importance of voting.

Meghan said: “Every four years we are told the same thing, that this is the most important election of our lifetime, but this one is.

“When we vote, our values are put into action and our voices are heard.

“Your voice is a reminder that you matter, because you do and you deserve to be heard.”