Meghan and Prince Harry made their first joint appearance this week since they confirmed they would not be returning the royal frontline. They appeared in a promotional video for Spotify, the streaming giant they signed a lucrative deal with last year, to discuss their upcoming podcast series, Archewell Audio. Meghan explained that they are “using podcasting to drive powerful conversations”, while Harry added that they intend to “inspire, challenge and educate”.

The Duchess of Sussex continued: “We created Archewell Audio to make sure that we can elevate voices that maybe aren’t being heard, and hear people’s stories.”

While there was a great deal of focus on the couple’s words, Meghan’s unusual high-neck dress may have had a curious underlying message, too.

Her peplum dress by Oscar de la Renta with lemon appliques seemed to be the perfect homage to the seasons as Spring approaches.

The item was actually named the ‘Primavera Dress’ by the designer, after the famous Sandro Botticelli painting from the 15th Century.

The painting itself is an allegory based on the growth of Spring and lemons, much like those on Meghan’s dress, cover the top portion of the painting. 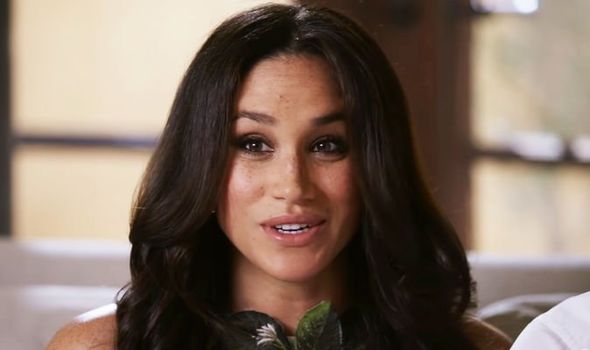 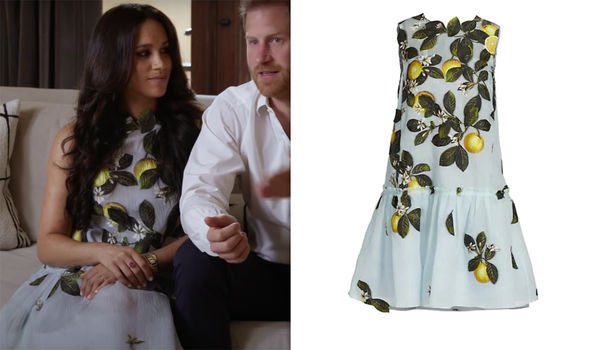 While Meghan could have just been signalling the time of year, it’s worth noting that the Queen also famously paid tribute to the historical painting with her wedding dress in 1947.

The Queen is known to have purchased her wedding dress using 200 extra coupons provided by the Government, as the UK was still using wartime rationing.

As Hello! reported: “Created by Norman Hartnell with a 13ft train, the then Princess Elizabeth’s duchesse satin gown featured motifs of star lilies and orange blossom, inspired by Botticelli’s Primavera to symbolise rebirth after the devastation of conflict.”

Similarly, Meghan could be referencing her new life outside of the Royal Family, now all of the negotiations with the Palace have finally drawn to a close.

She may be signalling that, like the Queen after the war, she is ready to enjoy a “rebirth” away from the conflict she experienced behind Palace walls.

She might also be thinking about her pregnancy; earlier this month she and Harry announced they were expecting their second child. 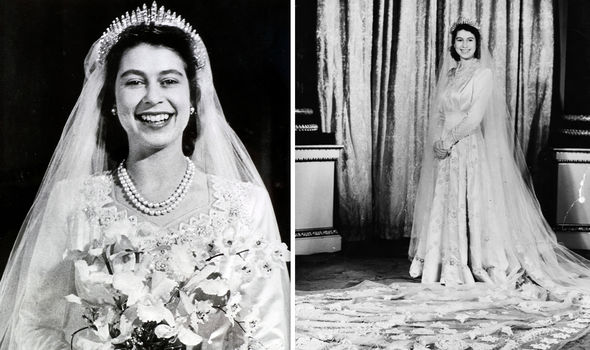 Either way, the nod to the Queen should not go unnoticed and could be seen as a tacit peace offering.

This is a surprising decision, especially as the Sussexes appeared to hit out at the Palace in their most recent statement.

When the couple told the Queen they would not be returning to the royal fold last week, she removed their royal patronages.

In a public statement, the Palace said: “Following conversations with the Duke, the Queen has written confirming that in stepping away from the work of the Royal Family it is not possible to continue with the responsibilities and duties that come with a life of public service.”

It added that the patronages would be redistributed among the remaining royals. 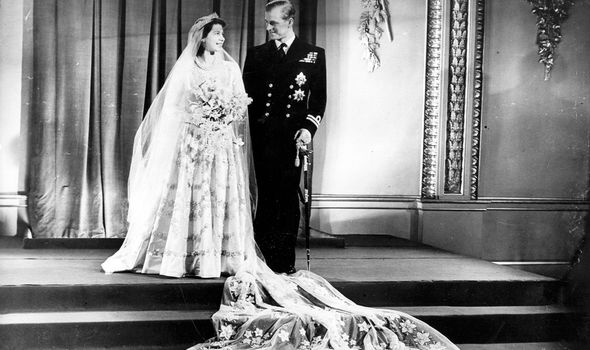 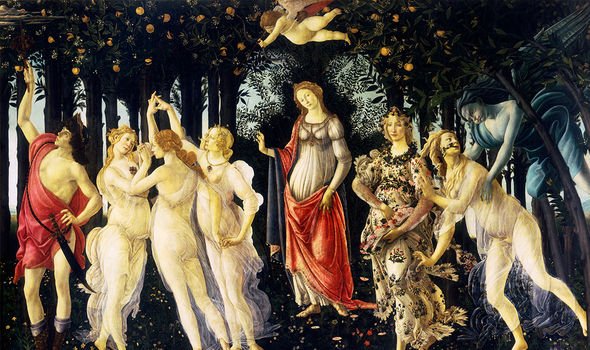 The statement concluded saying that “all are saddened by their decision” but the couple “remain much loved members of the family”.

The Duke and Duchess of Sussex quickly shot back, and said: “We can all live a life of service.

A Sussex source also told The Times: “There is no hiding that this is a difference of opinion.”

Royal historian Robert Lacey also described the statement as a “definite pushback at the Palace”. 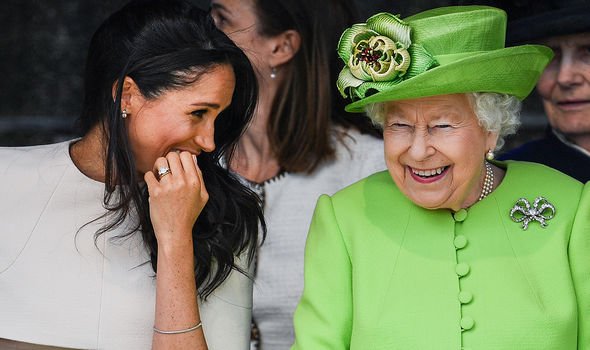 While it is not known exactly when Meghan and Harry filmed the promo for Spotify, if it was after their public spat with the royals, the dress could be perceived as a peace offering to the Queen.

The couple were said to be exceptionally close with the monarch prior to their exit, and the Queen’s statements leading up to their departure were incredibly informal by referring to the family by their first names.

Last January, she said: “I recognise the challenges they have experienced as a result of intense scrutiny over the last two years and support their wish for a more independent life.

“I want to thank them for all their dedicated work across this country, the Commonwealth and beyond, and am particularly proud of how Meghan has so quickly become one of the family.”