Meghan has developed a reputation for inspiring large groups of fans, ever since she broke down royal protocol and began hugging royal watchers during her public engagements. In the run-up to her wedding, she was recognised for ushering in a new era for the Royal Family, not only as a biracial divorced American woman, but as a feminist figure — she has been a keen advocate for female empowerment ever since she was a child. The Duchess of Sussex was even chosen to become the UN Women’s Advocate for Women’s Political Participation and Leadership in 2015.

She is set to continue her work with feminism through her Netflix deal, which she and Prince Harry signed this year, and an animated series about strong female leaders is thought to already be in the works.

Her attitude towards her fans can be traced back to a surprising encounter when she was a teenager working at a frozen yoghurt shop, according to Sean Smith’s latest biography, ‘Meghan Misunderstood’.

The author alleged: “Meghan was taking out the bins when she spotted an off-duty Yasmine Bleeth, famous for playing Caroline Holden, one of the swimsuit-wearing babes in Baywatch — not exactly a show at the forefront of female empowerment.

“Meghan, however, was star-struck.”

Ms Bleeth had international fame at this time and was on FHM’s 100 Sexiest Women in the World list from 1996 until 2001. 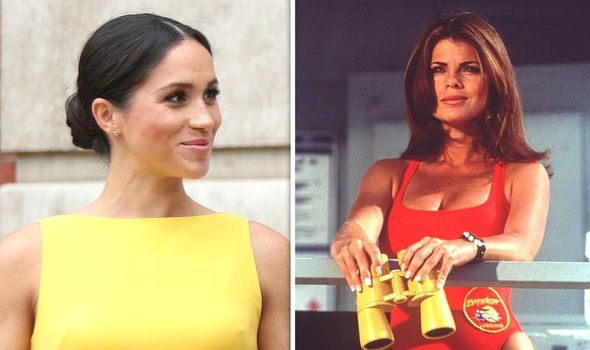 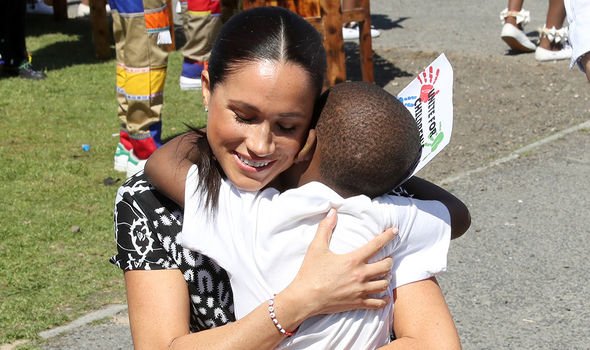 She reportedly blurted out: “Oh my god, I loved you in the Soft and Dri commercial.”

At the time, this antiperspirant ad was everywhere and featured Ms Bleeth talking to the audience about the “most important thing you put on”.

In response to the aspiring actress, Ms Bleeth reportedly “smiled at Meghan, shook her hand lightly and said, ‘OK, thank you’.”

Mr Smith claimed: “She made a point of asking Meghan her name.

“Her gracious reaction would set a benchmark for how Meghan would react to her own fans and well-wishers in the future — look them in the eye and be kind.

However, the Duchess of Sussex remembered the meeting quite differently.

Meghan, who was known for being particularly candid with the press prior to becoming a senior royal, once recalled the encounter in a 2013 Entertainment Weekly interview.

Her description was remarkably different from Mr Smith’s, as she remembered both writing to the star and meeting her for the first time.

She recalled: “Oh my gosh, I remember, Yasmine Bleeth, that’s the only one I ever wrote [to] and then I saw her! 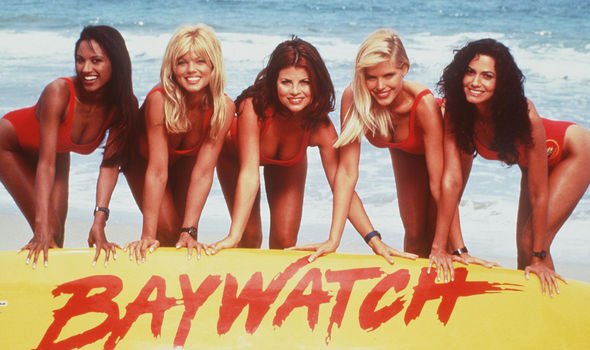 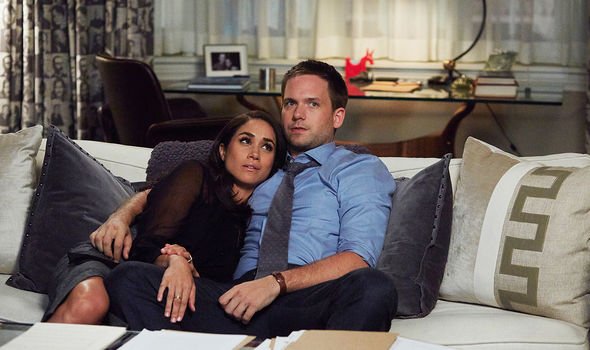 “I used to work at a frozen yoghurt store in Los Angeles, it was my first job, it was called Humphrey Yogart.

“I saw her in the parking lot and what did I say to her? The most ridiculous thing you could say.”

Hysterically laughing at the memory, she remembered telling her idol about her admiration for the antiperspirant ad.

She claimed Ms Bleeth just “looked at me and went blank” after she confessed her love. 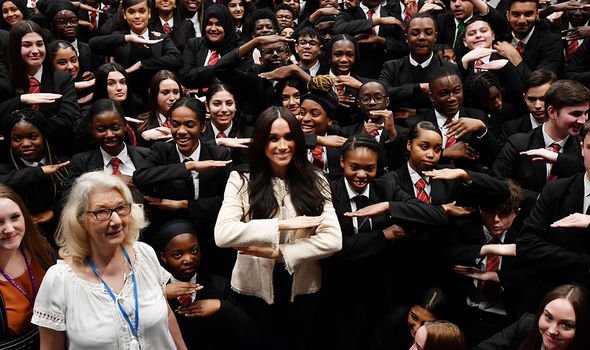 The actress then said, ‘Ok, thank you” in a subdued manner after Meghan gushed over a 1998 advert — rather than her extensive TV or film career.

Meghan added that after the encounter, she “walked very meekly into Humphrey Yogart.”

‘Meghan Misunderstood’ by Sean Smith was published by HarperCollins and is available here.