The Duchess of Sussex appeared on the cover of the September 2017 issue of magazine with the headline “Wild About Harry”. Biographer Tom Bower claims in his new book, serialised in The Times, that the interview took the Royal Family into “uncharted waters”.

“The interview triggered sensational reactions: Meghan had used her relationship to promote herself.

“The Hollywood-isation of the royal family had sealed Meghan’s fate as Harry’s fiancée.”

Mr Bower claimed Meghan was “hysterical” when she rang her PR firm Sunshine Sachs about the Palace’s “fury” at the interview and questioning why the focus was not on her philanthropy and activism. 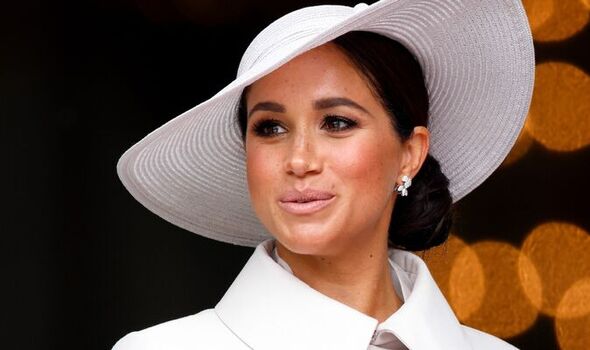 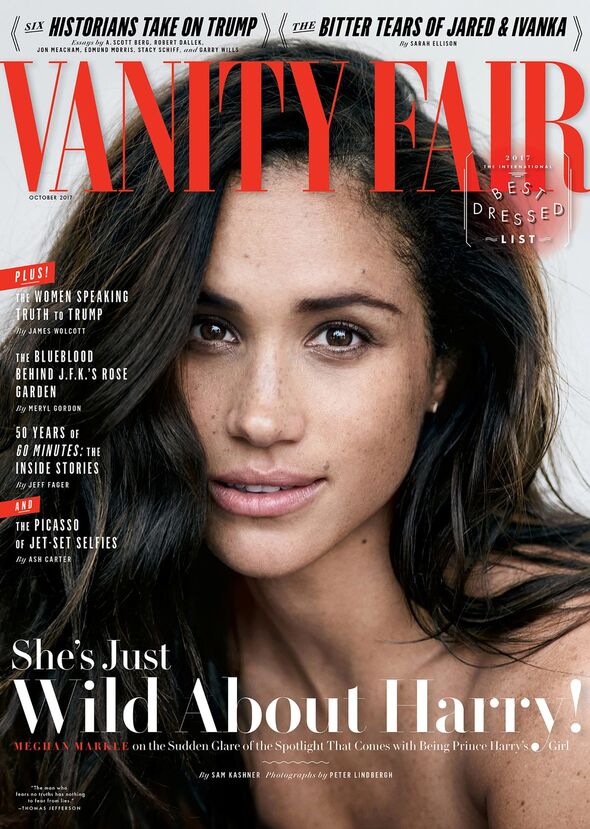 He said: “Hysterically, she described Buckingham Palace’s fury at ‘Wild about Harry’.

“Sunshine Sachs, said Meghan, should have ensured that her comments about Harry were removed.

“Why wasn’t the focus on her philanthropy and activism?”

During the interview with the magazine, Meghan said: “We’re a couple. We’re in love.” 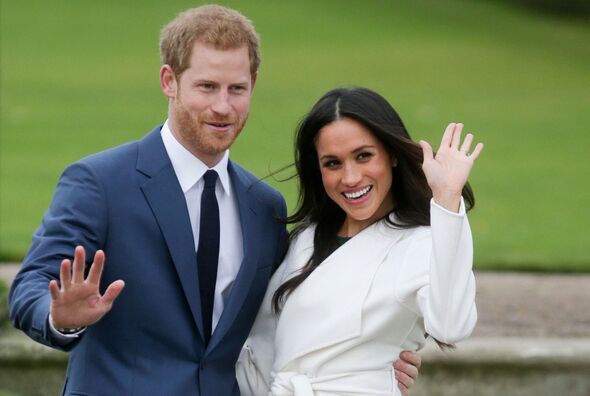 She added: “I’m sure there will be a time when we will have to come forward and present ourselves and have stories to tell, but I hope what people will understand is that this is our time.

“This is for us. It’s part of what makes it so special, that it’s just ours. But we’re happy. I love a great love story.”

According to Mr Bower, Harry had “ordered” Meghan to “maintain tight-lipped silence about sensitive subjects” including their relationship and him.

The royal biographer added: “The besotted prince ignored the warnings that Meghan spelled trouble for the Palace.” 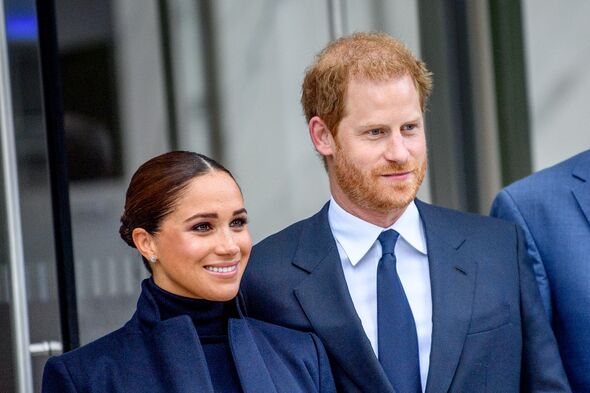 Harry and Meghan, who met in July 2016, went on to announce their engagement in November 2017.

And they tied the knot in a Windsor ceremony in May 2018.

The Duke and Duchess of Sussex are now living in California after quitting as working royals in March 2020.

Express.co.uk has contacted representatives for the Sussexes and Buckingham Palace for comment.