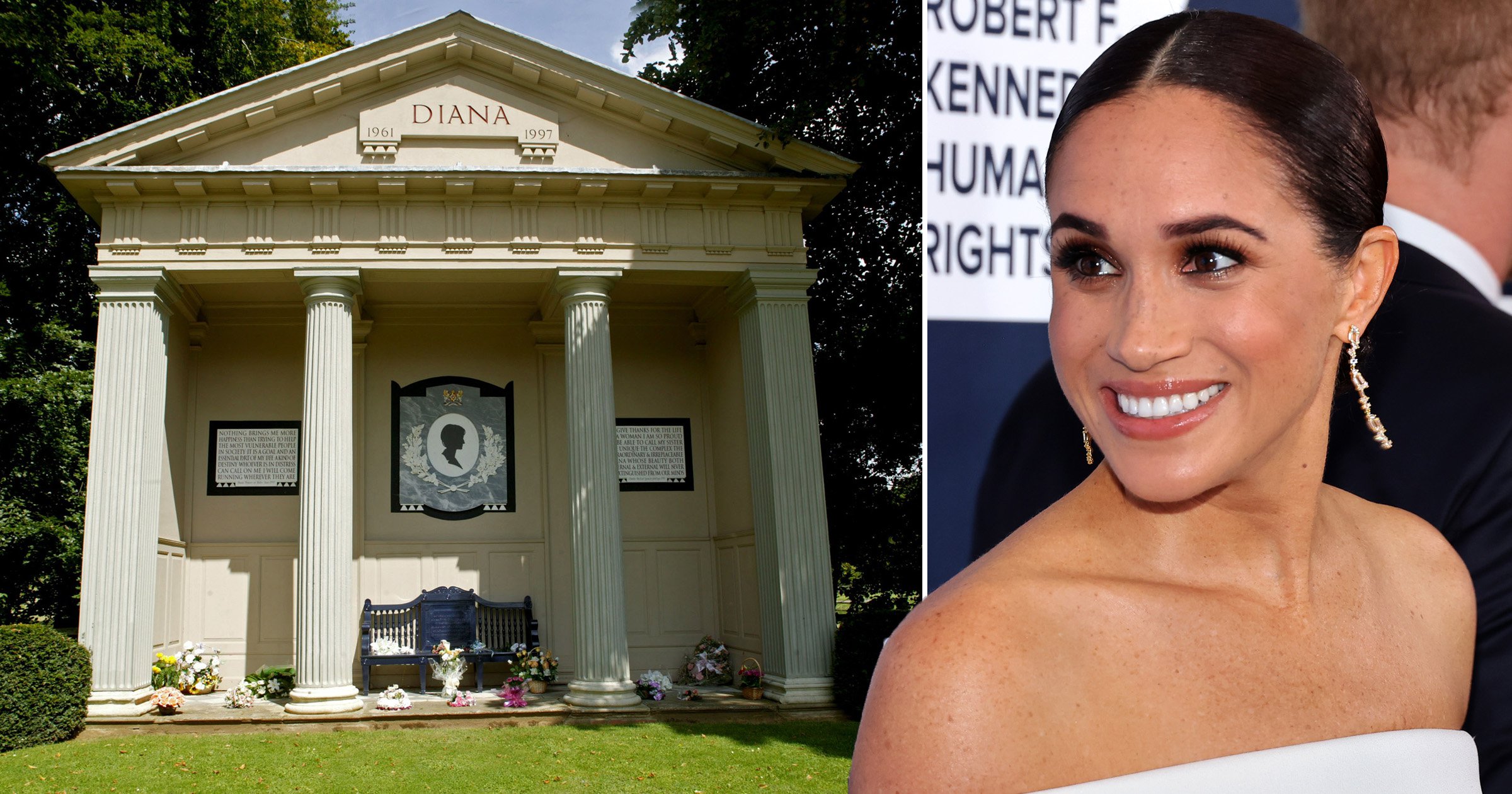 The Duchess of Sussex asked her for ‘clarity and guidance’ at the grave of Diana, Princess of Wales.

Her final resting place lies on an island in the Althorp estate in Northamptonshire.

Prince Harry and Meghan Markle had rowed out to the grave in 2017 to mark 20 years since Diana’s death.

The journey has been detailed in the duke’s controversial new memoir, Spare.

He writes that, upon arriving on the island, Meghan dropped to her kneels and put her palms on Diana’s grave.

After some time reflecting, Harry then sensed his then-girlfriend wanted to a moment to herself.

‘When I returned, she was on her knees with her eyes closed and her palms flat against the stone,’ Harry wrote.

He added that she told him she had asked his mother for ‘clarity and guidance’, the MailOnline reported.

The memoir, which is dedicated to Diana, Meghan and his children Archie and Lili, has repeated references to the princess, with a deep seam of unresolved grief running throughout the publication.

Harry refers to his mother as mummy and said his father, now the King, did not hug him when he sat on his bed and told him Diana had died.

The duke also claimed that a woman with ‘powers’ relayed him a message from Diana saying he is ‘living the life she couldn’t’.

In clips of an interview promoting his book with Good Morning America, Harry said Diana would have been ‘sad’ about her sons’ fractured relationship.

‘I have felt the presence of my mum more so in the last two years than I have in the last 30,’ he told the US show.

Diana died in a car crash in Paris when the duke was just 12 years old.

In the couple’s engagement interview in 2017, Harry and Meghan both spoke of how she was still with them.

Harry, who proposed to Meghan with a ring made from diamonds from the princess’s personal collection, said: ‘You know, with the ring and with everything else that’s going on, I’m sure she’s with us, you know, jumping up and down somewhere else.’

Meghan echoed his thoughts, saying: ‘She’s with us.’