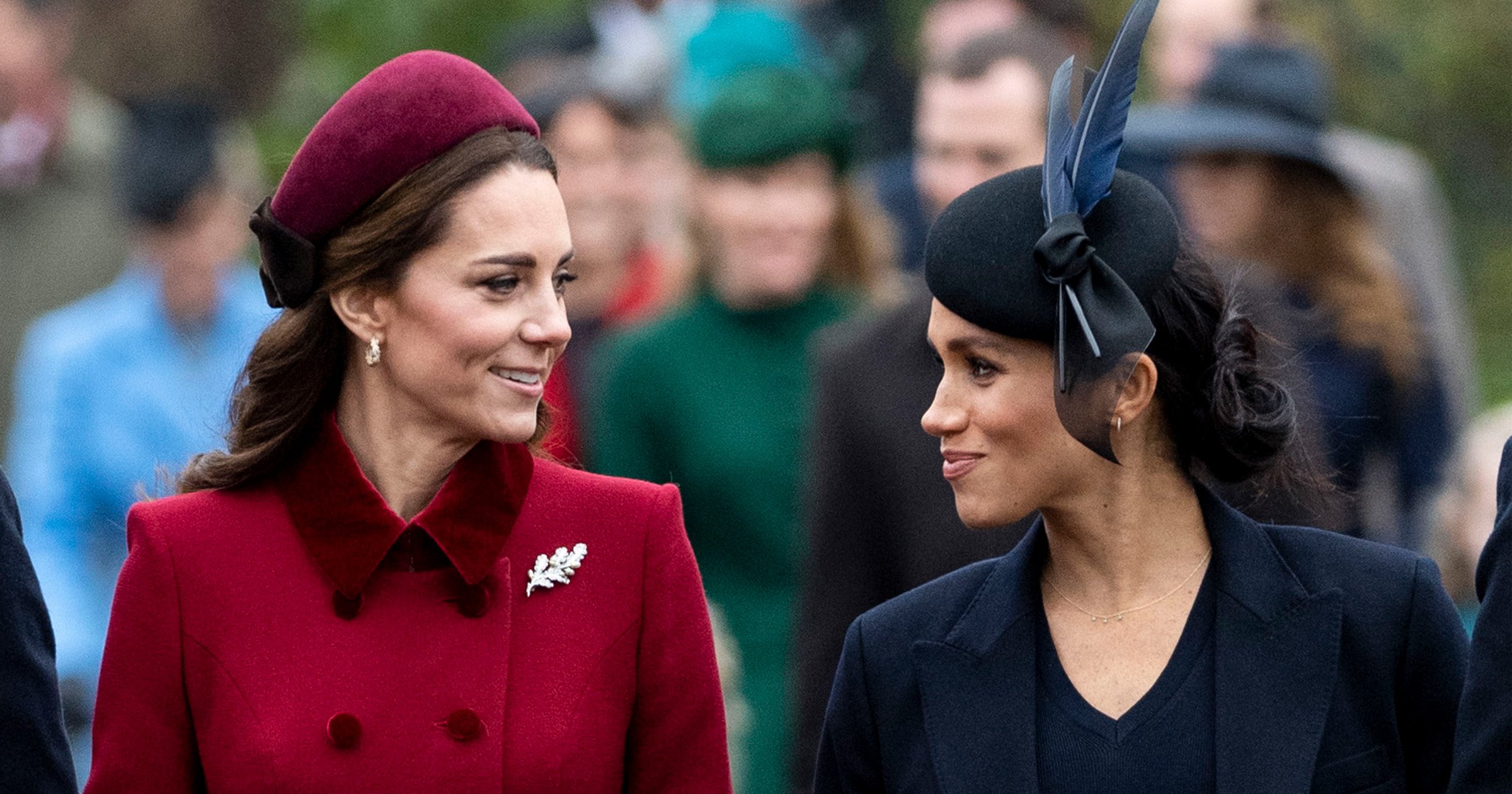 Meghan Markle was left ‘sobbing on the floor’ following a tense text exchange with Kate Middleton.

In his new memoir, Spare, Harry delves into the relationship between his wife and sister-in-law.

Speaking on Good Morning America earlier today, he had added there was ‘always’ competition between him and brother Prince William – which extends to their other halves.

In Spare, a text exchange between Meghan and Kate is explored in great detail.

Their conversation, ahead of the 2018 Royal Wedding, had surrounded a bridesmaid dress for Princess Charlotte.

It was said to be ‘too long and too baggy’.

Harry claimed that Kate texted Meghan to say her daughter had been left ‘crying’ over the state of the garment.

He wrote: ‘The next day Meg had a text from Kate. There was a problem with the dresses for the bridesmaids, apparently. They needed altering. The dresses were French couture, hand-sewn from measurements only.

‘So it wasn’t a big shock that they might need altering. Meg didn’t reply to Kate straightaway.’

The next morning, Harry says Meghan suggested the dress be brought to Kensington Palace for altercations, due to the fact a tailor was there on standby.

According to the book, Kate replied this ‘wasn’t sufficient’ and that ‘all the dresses need to be remade’.

The above exchange, general wedding stress and tensions with her father Thomas Markle then left Meghan ‘sobbing on the floor.’

Harry had returned home where he was informed of the situation.

He writes: ‘I was horrified to see her so upset, but I didn’t think it a catastrophe. Emotions were running high, of course, after the stress of the last week, the last month, the last day. It was intolerable – but temporary.

‘Kate hadn’t meant any harm, I told her. Indeed the next morning Kate came by with flowers and a card that said she was sorry.

‘Meg’s best friend, Lindsay, was in the kitchen when she turned up. Simple misunderstanding, I told myself.’

Spare was released at midnight on Kindle, Audible and in selected bookshops.