Meghan Markle “surprised” the Queen by wearing pure white for her and Prince Harry’s royal wedding, a new book claims. Royal author Katie Nicholl cited a source as saying the late monarch believed that divorcees should wear off-white when they marry again.

Meghan had previously been married to American producer Trevor Engelson from 2011 to 2013 before she tied the knot with Harry in 2018.

According to Ms Nicholl’s book The New Royals, the source said: “The Queen was surprised that Meghan wore pure white on her wedding day.

“Perhaps it’s a generational thing, but she believes if you’ve been married before, you wear off-white on your wedding day, which is what the Duchess of Cornwall did.”

Meghan wore a white Givenchy gown designed by Clare Waight Keller for her royal wedding at St George’s Chapel in Windsor in May 2018. 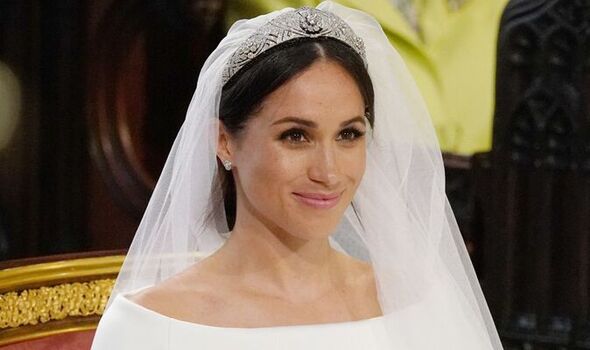 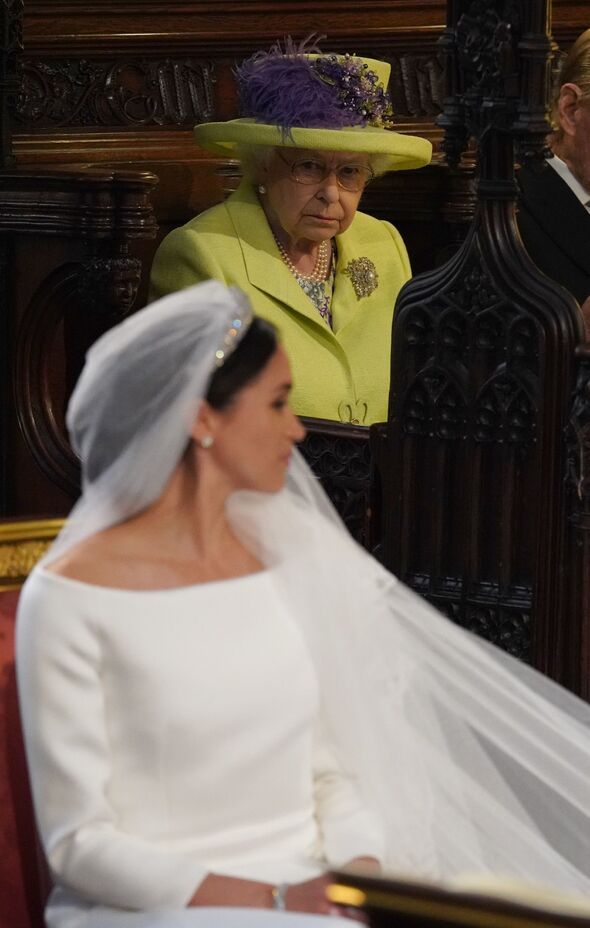 Crowds of well-wishers lined the streets to catch a glimpse of the royal couple on their big day.

It comes after claims of a row in the run-up to the wedding between Meghan and Kate over whether Princess Charlotte, who was a bridesmaid, should wear tights.

In her and Harry’s Oprah Winfrey interview, the Duchess of Sussex claimed the Princess of Wales made her cry over the spat, following previous reports it was the other way round.

There have also been reports that Harry was told off by his grandmother following an outburst over the tiara Meghan would wear for the wedding. 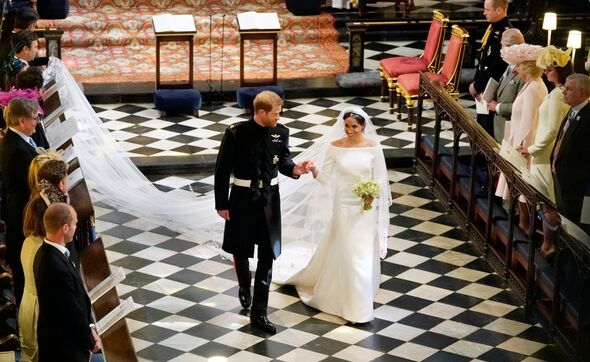 He is claimed to have shouted: “What Meghan wants, Meghan gets!”

During the Sussexes’ Oprah interview, the Duchess also claimed she and Harry were secretly married by the Archbishop of Canterbury in their “backyard” three days before their royal wedding.

She said: “You know, three days before our wedding we got married.

“No one knows that, but we called the Archbishop and we just said, ‘Look, this thing, this spectacle, is for the world, but we want our union between us’.” 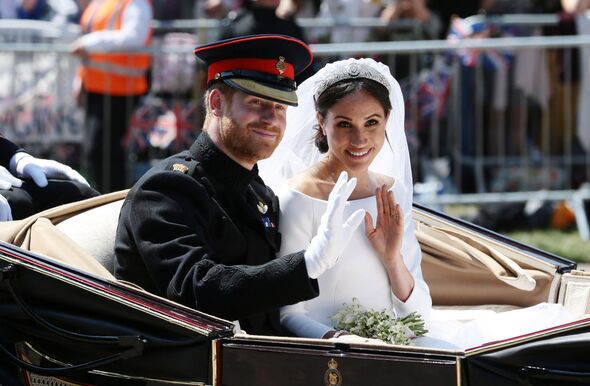 The Duke added that it was “just the three of us”.

A spokesperson for the Sussexes later said: “The couple exchanged personal vows a few days before their official/legal wedding on May 19.”

And in an interview with Italian newspaper la Repubblica, Justin Welby confirmed the legal wedding was on May 19 2018 – not three days before.

Less than two years after their spectacular royal wedding, Harry and Meghan quit royal duties for a new life in the US.

They are now pursuing new lives of personal and financial freedom in California with their two children Archie and Lilibet.