Meghan Markle and Harry: Expert on 'anger' over Oprah interview

Meghan and Harry are said to have already recorded their interview with TV legend and friend Oprah, which will air on March 7 on CBS. The TV network said the Duchess will first discuss how she was coping with life in the public eye and her brief time on the royal frontline, before her husband will join her to discuss their future. Oprah’s friend and fellow broadcaster, Gayle King, recently promised that “nothing is off limits” for the talk show host’s interview with the Sussexes.

However, the couple are not the first royals to give TV interviews to give their account of what happens behind Palace walls — and such programmes have had serious consequences in the past.

As The Mirror’s royal editor Russell Myers told Pod Save The Queen: “There were some reports that the Queen does trust Harry, that he won’t put his foot in it or disgrace himself or the family, but these things do not go to plan do they?

“And even further back, you look in the Nineties, we’re still talking about those two interviews now, Princess Diana and Prince Charles before her, so it’s an absolute disaster waiting to happen potentially.”

Additionally, royal commentator Howard Hodgson told Express.co.uk that although the Sussexes “should” take heed of previous royal interviews which have gone wrong, he said: “I doubt they will.”

He added: “History repeats itself with the Royal Family just as it does everywhere else.”

Prince Charles took part in an astonishing interview in 1994 with Jonathan Dimbleby, where he admitted he had been unfaithful to his wife Diana for years. 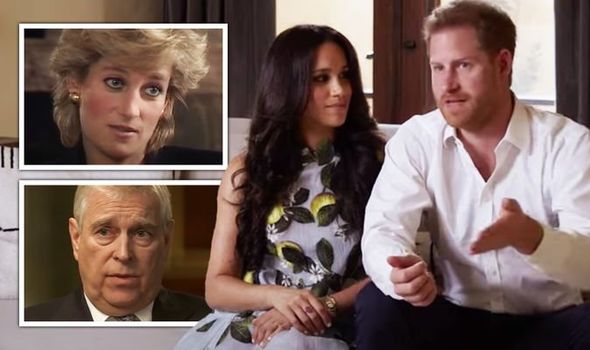 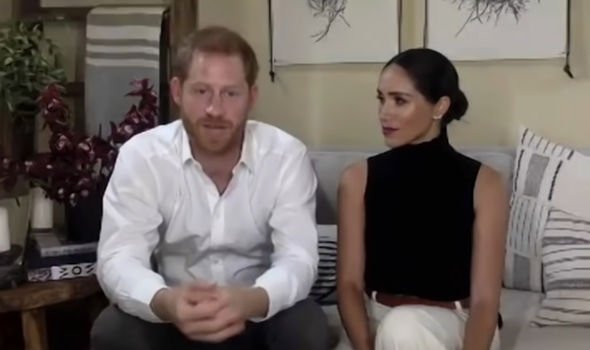 Princess Diana, Harry’s mother, spoke to BBC Panorama in 1995 and uttered the now infamous line: “There were three of us in this marriage so it was a bit crowded.”

In November the BBC launched an investigation into the interview with Martin Bashir, and how it was arranged, after concerns about why Diana agreed to it were raised.

The results are yet to be revealed but the furore around the 25-year-old programme demonstrates the impact it continues to have on the Royal Family.

She severely tarnished his reputation by discussing his long-term extramarital relationship with his former flame, Camilla Parker Bowles.

Diana also admitted to having her own affair with James Hewitt, but painted the Royal Family as a cold and archaic institution.

She suggested Charles was not an appropriate figure to inherit the crown, and that he should instead pass the throne to their eldest son, Prince William — he was just 13 when the programme was broadcast.

In the dramatic aftermath, many of Diana’s staff members quit — including her press secretary, Geoffrey Crawford.

When asked if he left because of the interview, Diana answered: “That was the reason given for his departure.”

Patrick Jephson, who was first her equerry and then her private secretary, was the last of her staff to leave just two months after the programme aired.

He claimed that the parting was “perfectly amicable”, but commentators speculated whether the interview had anything to do with it.

Indeed, he said in a documentary: “I would have done anything to get that interview pulled.”

After his resignation, Diana was left with just clerical workers and ladies-in-waiting, according to a Buckingham Palace spokesperson at the time.

Diana also arranged it secretly, without telling any other royals first.

“Of course it was in all the papers and William told me he was teased at school because of it.”

She added: “The weekend after it went out they had a big row at Kensington Palace. William was furious and Diana was distraught.” 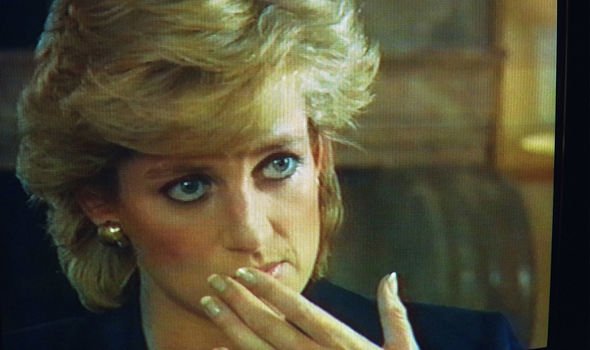 Although Diana emphasised that she did not want a divorce during the programme, it actually accelerated the collapse of her already fragile marriage.

The Queen was reportedly so appalled by the interview that she called for the Prince and Princess of Wales to finalise their divorce as quickly as possible — and sign a confidentiality agreement in the process, to prevent any future ‘tell-all’ interviews happening again.

Prince Andrew also lost key staff members when he was interviewed by BBC Newsnight in November 2019.

He was there to discuss his friendship with the convicted sex offender Jeffrey Epstein, who was arrested for sex trafficking that July, with Newsnight’s Emily Maitlis.

Epstein killed himself in jail before his trial but the US authorities have continued their investigation into a supposed international sex trafficking ring which may have been run by the disgraced financier.

Andrew has denied any allegations against him and there is no implication that he is guilty of wrongdoing.

The BBC interview was still widely seen as a “car-crash”, and former Palace press officer Dickie Arbiter described it as “excruciating”.

Mr Arbiter claimed: “Any sensible-thinking person in the PR business would have thrown their hands up in horror at the very suggestion that he puts himself in front of a television camera to explain away his actions and his friendship with Jeffrey Epstein.” 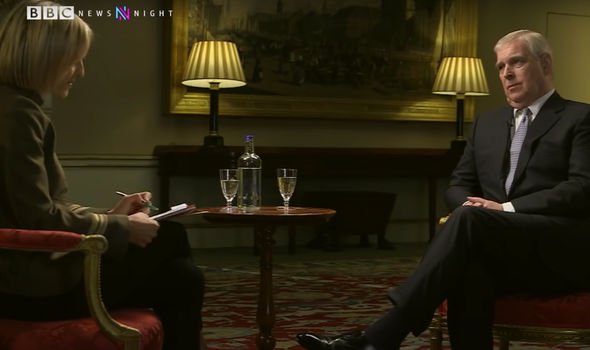 As royal biographer Angela Levin told the BBC: “I know for a fact that Prince Andrew does not listen to his advisers.

“A very senior member of the press team left suddenly two weeks ago and the implication is he would not have approved of what Prince Andrew did.”

His right-hand woman, Amanda Thirsk, was sacked from her role as his private secretary after reportedly encouraging Andrew to film the interview at Buckingham Palace.

The Duke of York stepped down from his public role shortly after the interview, admitting that his “former association with Jeffrey Epstein has become a major disruption to my family’s work”.

Meghan and Harry no longer have their Sussex Royal office, after Megxit negotiations prevented the couple from using the word “royal” in any working capacity.

Instead, they have their new vehicle Archewell, and rehired two aides they lost in March — Clara Loughran and Beth Herlihy — to work on a freelance basis.

Catherine St Laurence was hired as the executive director of Archewell — she previously managed Melinda Gates’ profile — and a US press secretary Toya Holness, one of the most famous talent agencies in Hollywood. They have a PR head in the UK as well, James Holt.

The Duke and Duchess of Sussex also did not tell Buckingham Palace they were going to do the interview – courtiers were reportedly “absolutely dumbfounded” after finding out about it on Twitter.

However, as Meghan and Harry confirmed they have no intention of returning to the royal fold earlier this week, their Oprah interview may not pose the same crisis level as Diana and Andrew’s ‘tell-all’s did.