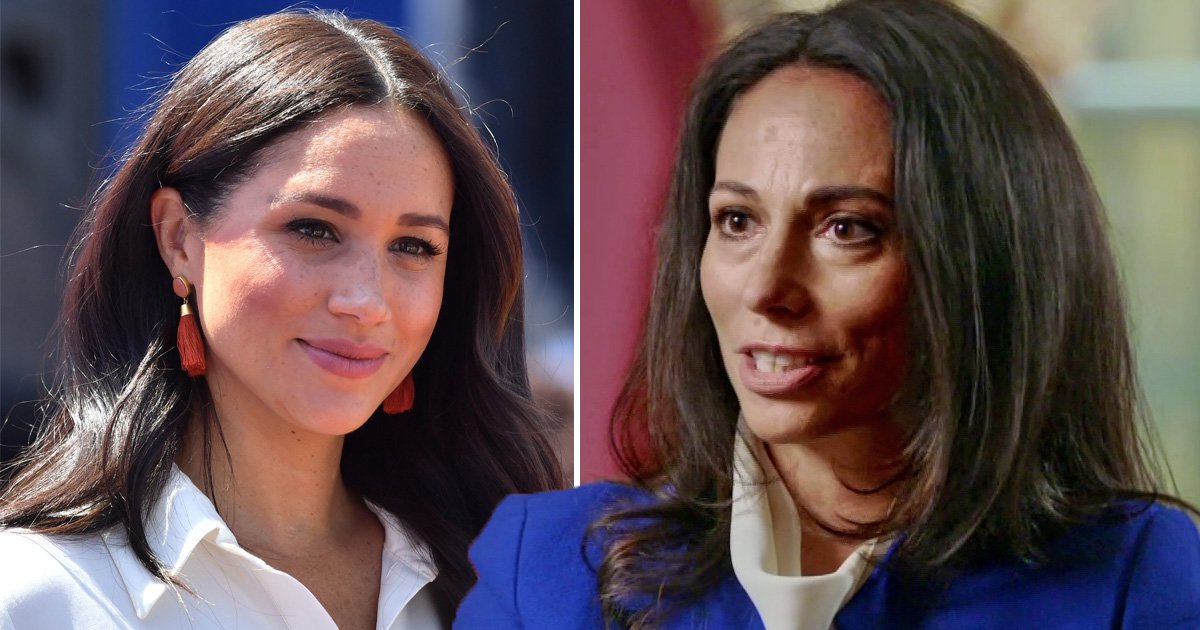 Meghan Markle’s lawyer has slammed allegations the duchess bullied staff members during her time as a senior royal.

Jenny Afia, head of legal at Schillings, said she believes there are ‘massive inaccuracies’ in the story.

But she added that the former actress ‘wouldn’t want to negate anyone’s personal experiences’.

It comes after the mum-of-two was accused of driving out two personal assistants and ‘humiliating’ staff on several occasions.

Buckingham Palace said the allegations were being investigated back in March and the royal household ‘will not tolerate bullying or harassment in the workplace’.

But the Sussexes blasted the claims as ‘a calculated smear campaign based on misleading and harmful misinformation’.

Ms Afia spoke in the final part of BBC 2’s controversial new documentary The Princes and Press after part one sparked a royal feud last week.

She said: ‘Massive, massive inaccuracies in that story The overall allegation was that the Duchess of Sussex was guilty of bullying. Absolutely not.

‘I think the first thing is, is to be really clear about what bullying is.

‘What bullying actually means is improperly using power, repeatedly and deliberately to hurt someone, physically or emotionally.

‘The Duchess of Sussex has absolutely denied doing that, that said she wouldn’t want to negate anyone’s personal experiences.’

But Ms Afia admitted it was ‘hard’ to provide evidence proving the staff members wrong when The Times newspaper originally reported the claims.

She said: ‘It’s really hard to prove a negative. If you haven’t bullied someone how do you show that you haven’t.

‘Just denying an allegation “I didn’t beat my wife” doesn’t address the underlying problem that the allegation has been made.’

At the time the bullying accusations surfaced, a spokesperson for the Sussexes claimed they were deliberately timed before Meghan and Harry’s explosive tell-all Oprah interview.

They added: ‘The duchess is saddened by this latest attack on her character, particularly as someone who has been the target of bullying herself and is deeply committed to supporting those who have experienced pain and trauma.’

The new interview comes after the Royal Family was left furious at the BBC for airing The Princes and Press.

The show included suggestions royal sources had been briefing journalists behind the scenes in its first episode, including potentially leaking negative stories about other households.

The royals ‘haven’t ruled out’ legal action against the BBC, according to reports.