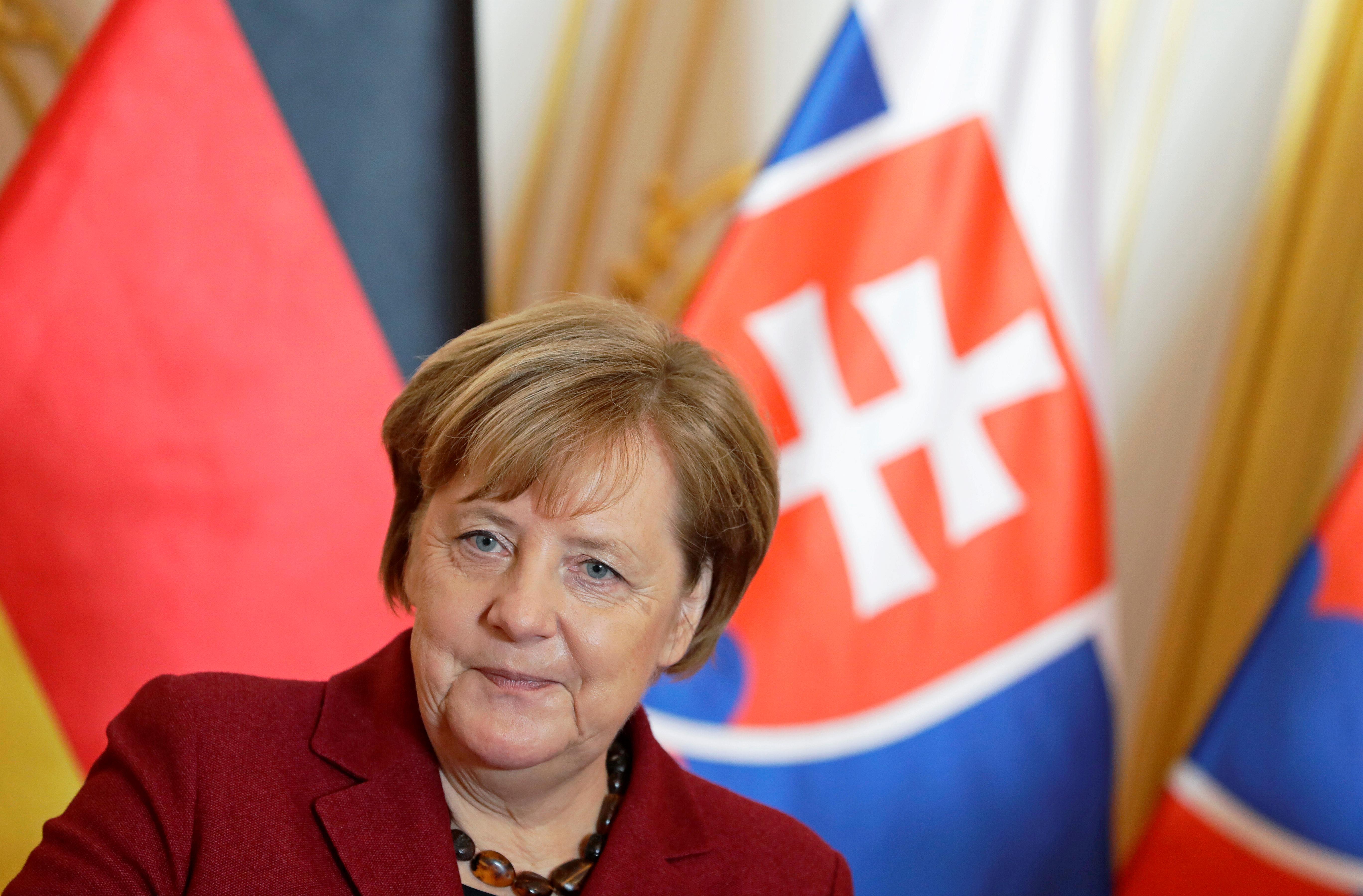 BRATISLAVA (Reuters) – German Chancellor Angela Merkel said on Thursday she believes a solution to the Irish border issue can be reached in Brexit negotiations without reopening the Withdrawal Agreement on Britain’s departure from the European Union.

Britain and the remaining 27 members of the EU all have an interest in an orderly Brexit, Merkel said, speaking in Bratislava 50 days before Britain is due to leave the bloc.

“Fifty days is not much, and 50 days is a lot, depending on how you view it,” she said before meeting the leaders of Slovakia, the Czech Republic, Hungary and Poland.

“We all have an interest – I see that with the British parliament and the British government, with (British Prime Minister) Theresa May, but with us too – in achieving an orderly exit for Britain as that is better for all of us.”

May was in Brussels on Thursday to plead with EU leaders to change the Brexit divorce deal she negotiated last year, in order to get it through parliament, after they offered little hope they were willing to do so.

“We must protect the integrity of our internal market, that is clear,” Merkel said. “But we also want provisions, for example, that are important and necessary for our member state Ireland as we know about the fragility between the Republic of Ireland and Northern Ireland.”

“I believe we can find solutions without reopening the Withdrawal Agreement,” she added.