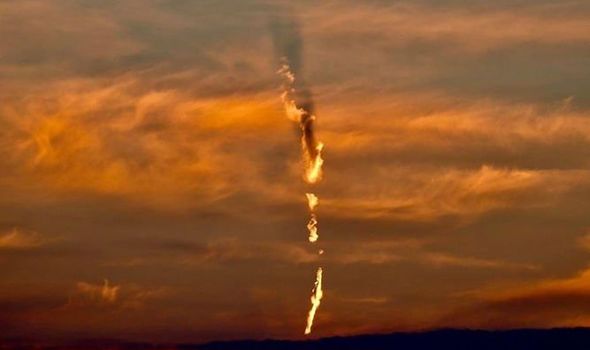 The beautiful scenes were captured over the weekend in north Wales and left people considering whether they’d seen comets or solar flares. However, the Met Office has looked at the phenomenon in detail – and has a more routine explanation.

Forecasters say the strange vortexes are trails of an aeroplane, rather than any evidence of freak weather, North Wales Live reports.

“As beautiful as the photos are, fortunately, the trails are only those of an aeroplane,” the Met Office said.

“Aeroplane contrails are long thin lines of cloud, usually seen behind an aircraft.

“This seems to be what has happened here, but due to the cloud line and the format of which the sun is setting, it has managed to catch this meteoroid effect which is very impressive.” 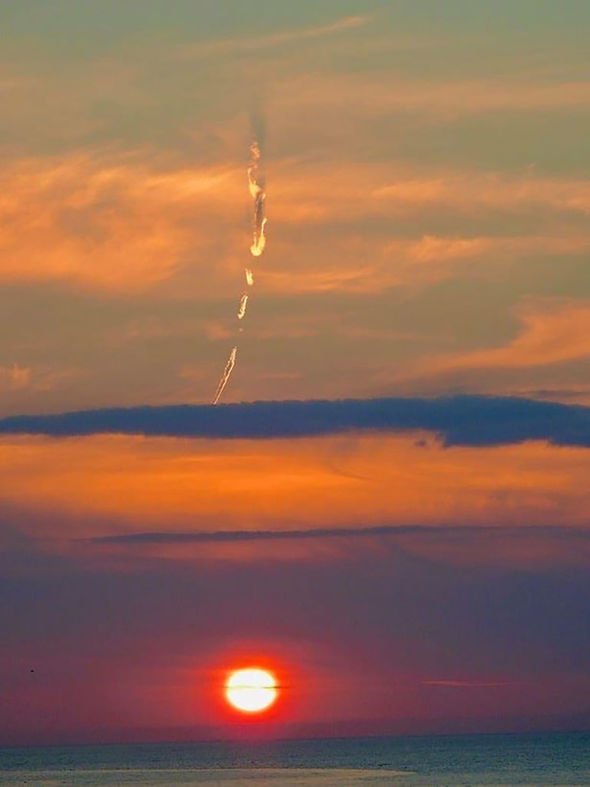 Contrails form when water vapour quickly condenses around soot from the plane’s exhaust and freezes to form cirrus clouds, which can then last for minutes or hours.

That, combined with the orange light of the sunset led to the strange sight which led many to believe that it was in fact fireballs coming from a possible meteor shower.

When residents across North Wales first snapped the amazing images, they shared their awe online.

Ray Worsnop, a freelance photographer from Rhyl, wrote: “HELP. Did anyone else witness this as the sun was setting tonight 16th April 2021? Can anyone explain this please?”

Jaz Parker Jones wrote: “I think it was a meteor. Other than that, it looks like a species of male aliens are coming to probe us.”