Forecasters warned there is likely to be early morning mist and fog that will gradually lift to reveal sunshine from 7am. But for those in the north, it is likely to be cloudy and some will experience drizzle and light rain. 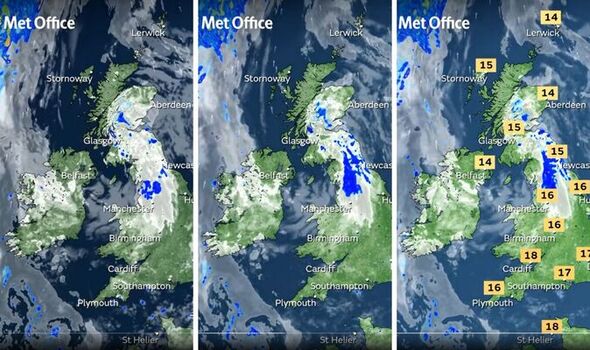 The Met Office tweeted: “Rather cloudy for some in the north with further bursts of drizzle and light rain during the morning.

“Elsewhere any early morning mist and fog soon lifting with a decent supply of sunshine.”

Temperatures are expected to reach up to 27C in London, with Brits across the country seeing sunshine.

But the rain will be welcomed by many following the heatwave last week that saw temperatures of 40C in some parts of the country. 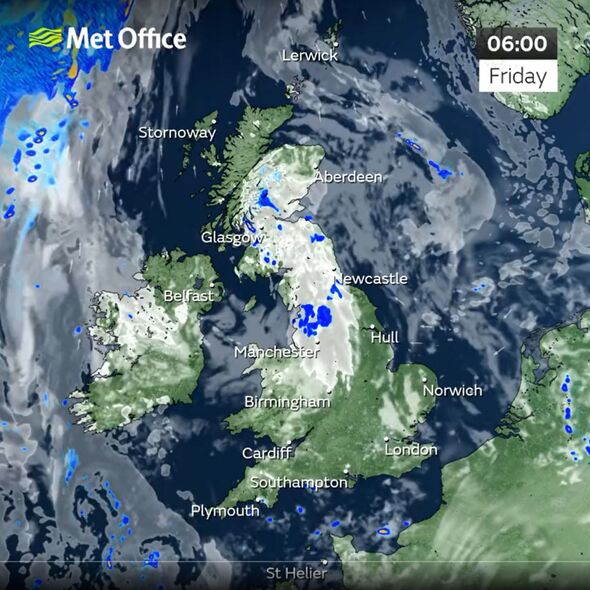 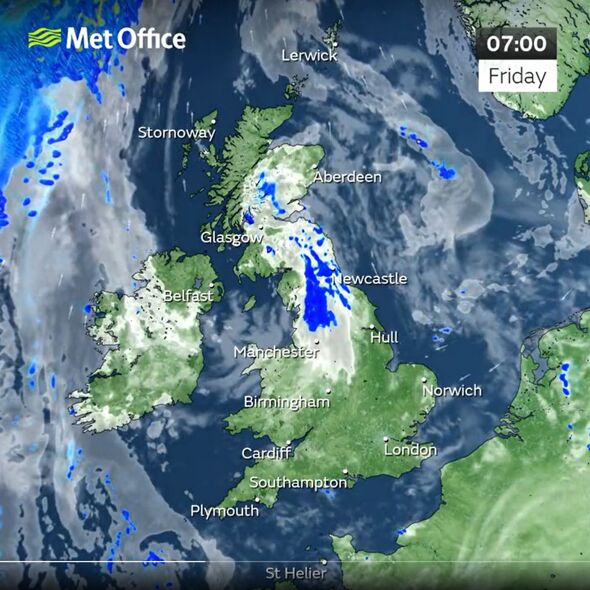 It comes after BBC Weather forecasted one of the driest Julys on record following the extreme heat.

The UK is enacting the early stages of drought plans which involve using water carefully to protect supplies, the government said on Tuesday, following record-breaking temperatures.

There are so far no plans for curbs on water use but regulators and water companies are working to manage water levels, including by operating water transfer schemes to allow rivers to be artificially maintained, the Environment Agency (EA) said.

BBC Weather’s Stav Danaos forecast no rainfall for Hurn and Odiham for the rest of this month. 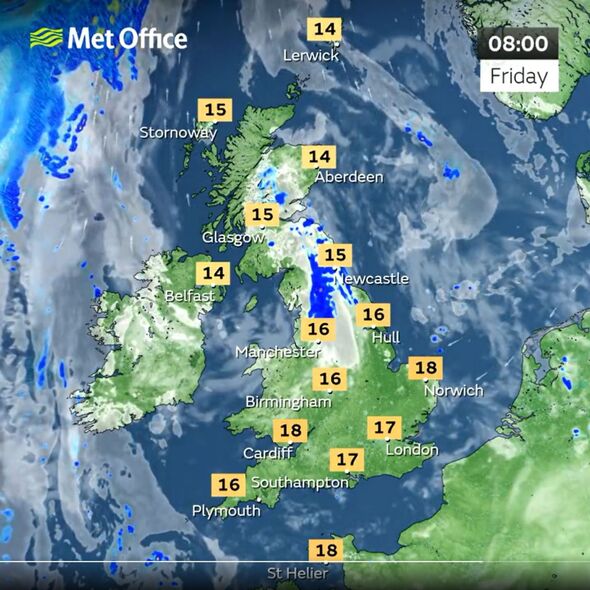 He said: “Many parts of England and Wales are a good 20C cooler than what we had last week so that is pretty noticeable. Cooler by day and cooler by night.

“The reason for it is an area of low-pressure cooler round our northwesterly window.

“Higher pressure building from the west is settling things down so many places will remain dry.”