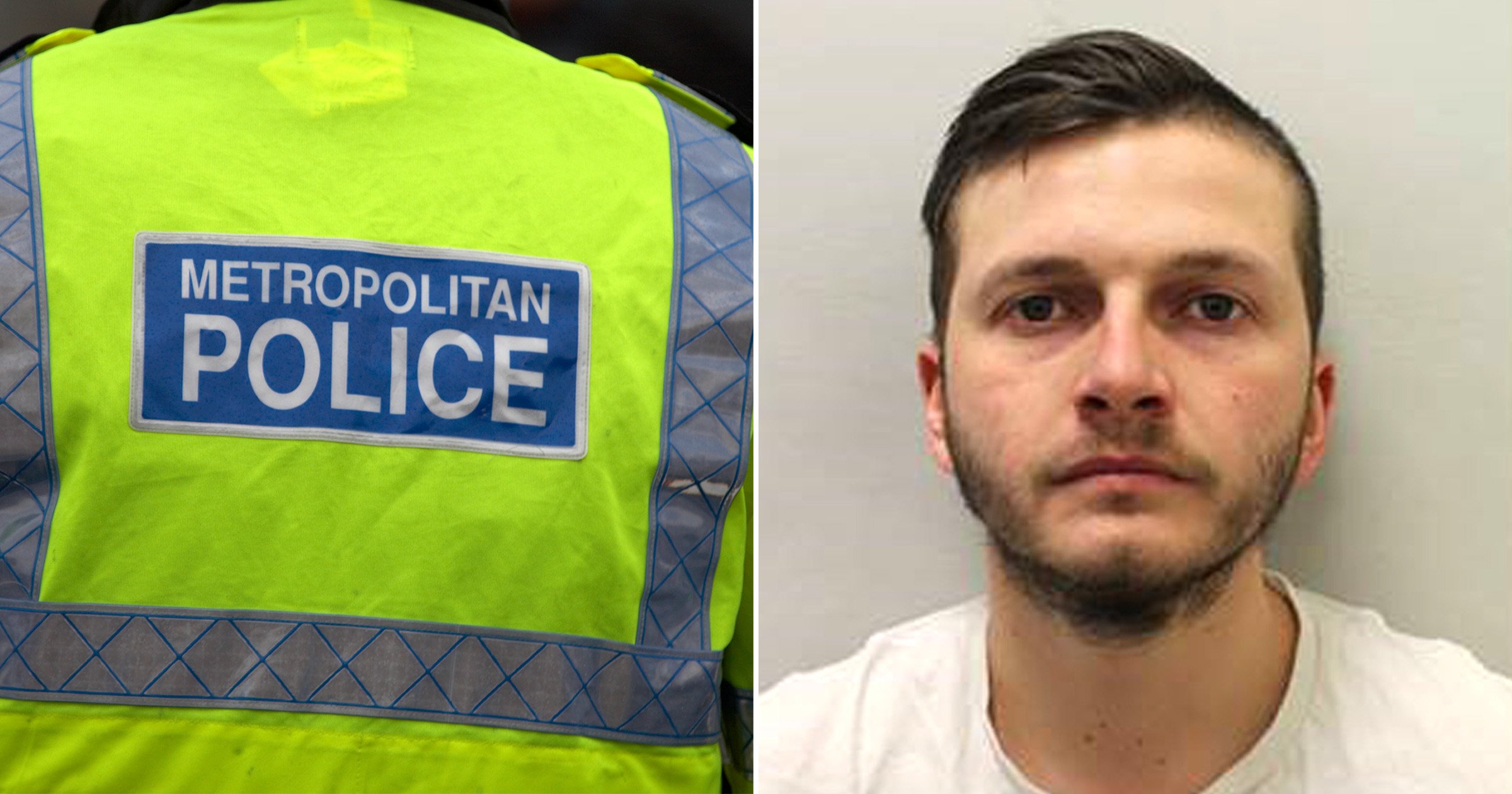 A violent Metropolitan Police officer has been jailed after attacking and manipulating his victim.

The Met confirmed his conviction on Saturday but declined to provide further details about the circumstances.

According to an Evening Standard report from an earlier court appearance, his victim was identified as a female serving police officer he had been in a relationship with for ten months.

He was handed a sentence of two years and three months for the offences committed between March 18 and 21 while off-duty.

Rayner, who was attached to the South Area Command Unit, is still technically employed by the force but the disciplinary process required to strip him of his role will be ‘accelerated’.

It’s the latest in a string of criminal cases which have brought the capital’s police force into disrepute since the murder of Sarah Everard.

Wayne Couzens’ life sentence for abduction, rape and murder has shone a spotlight on the culture in British policing and how it impacts the safety of women.

It later emerged 530 allegations of ‘sexual offences’ had been made against serving Met officers and staff members between 2016 and 2020.

This week, two police officers were told they will probably be jailed after they admitted sharing images of two women murdered in a park.

Deniz Jaffer, 48, and Jamie Lewis, 33, shared images of Bibaa Henry and Nicole Smallman, who were stabbed to death in a park in Wembley.

The most senior official responsible for investigating improper behaviour in the police had today called for random searches of officer’s phones and social media accounts.

Sir Tom Winsor has called for devices to be trawled in order to root out sexists, racists and homophobes.

A proposal unveiled this week to improve the safety of women on nights out by having more plain clothes police officers was met with disgust from campaigners.

A spokesperson from Reclaim These Streets said: ‘How can we trust Met police officers to spot predators in bars and clubs if they can’t seem to spot and root out predators in their own ranks?’

He added: ‘No one should be in any doubt that my officers and I are completely committed to investigating cases of controlling and coercive behaviour and, as in this case, will provide specialist support to those who come forward and report this type of crime.’