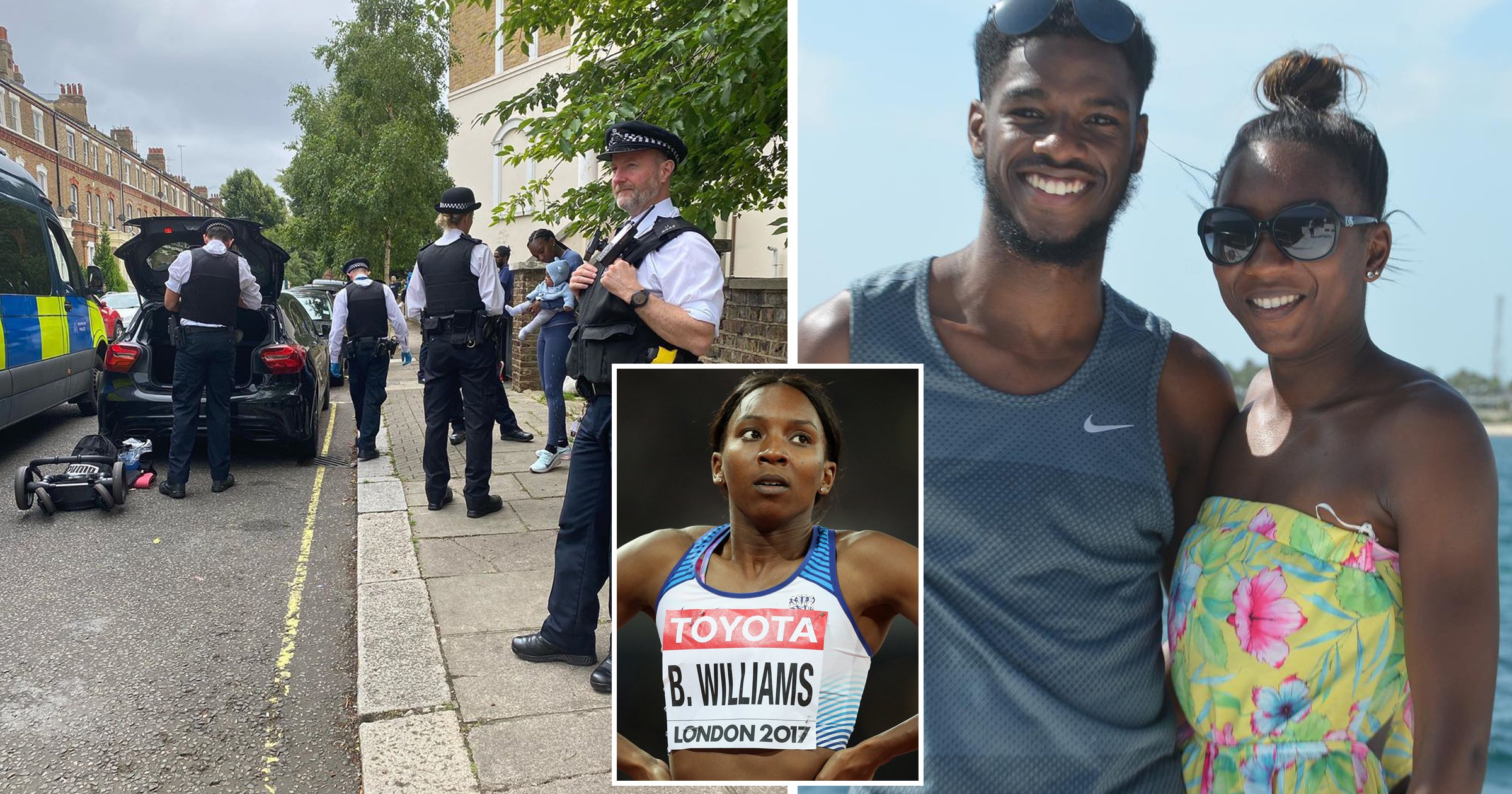 The athlete accused the force of ‘racially profiling’ her, and her partner, Ricardo dos Santos, when they were handcuffed and separated from their three-month-old son during the stop in Maida Vale last July.

The officers will now face the gross misconduct probe over ‘potential breaches of police standards of professional behaviour’, which will investigate whether they failed to uphold the standards of ‘equality and diversity’.

The Met has previously apologised to Williams after footage of the stop and search was posted online by former Olympian Linford Christie.

Williams had previously said: ‘It was incredibly humiliating to be separated from my baby in handcuffs outside my home with neighbours walking past.’

Two of the three officers were being ‘investigated for potential breaches of the standards relating to honesty and integrity’, the IOPC said.

A spokesman said there was a fourth officer being investigated for potential breaches of standards, relating to ‘equality and diversity, and duties and responsibilities’, and three other officers are under investigation.

Two other officers also face an inquiry over behaviour relating to use of ‘force; duties and responsibilities; and authority, respect and courtesy’.

Earlier in the year an announcement was made that a review would be conducted into the use of handcuffs where an arrest is yet to be made – a method most commonly used during stop and search.

‘I would like to see some effective bias training in the police, as well as better training on the use of force and not just in relation to handcuffs,’ said Williams.