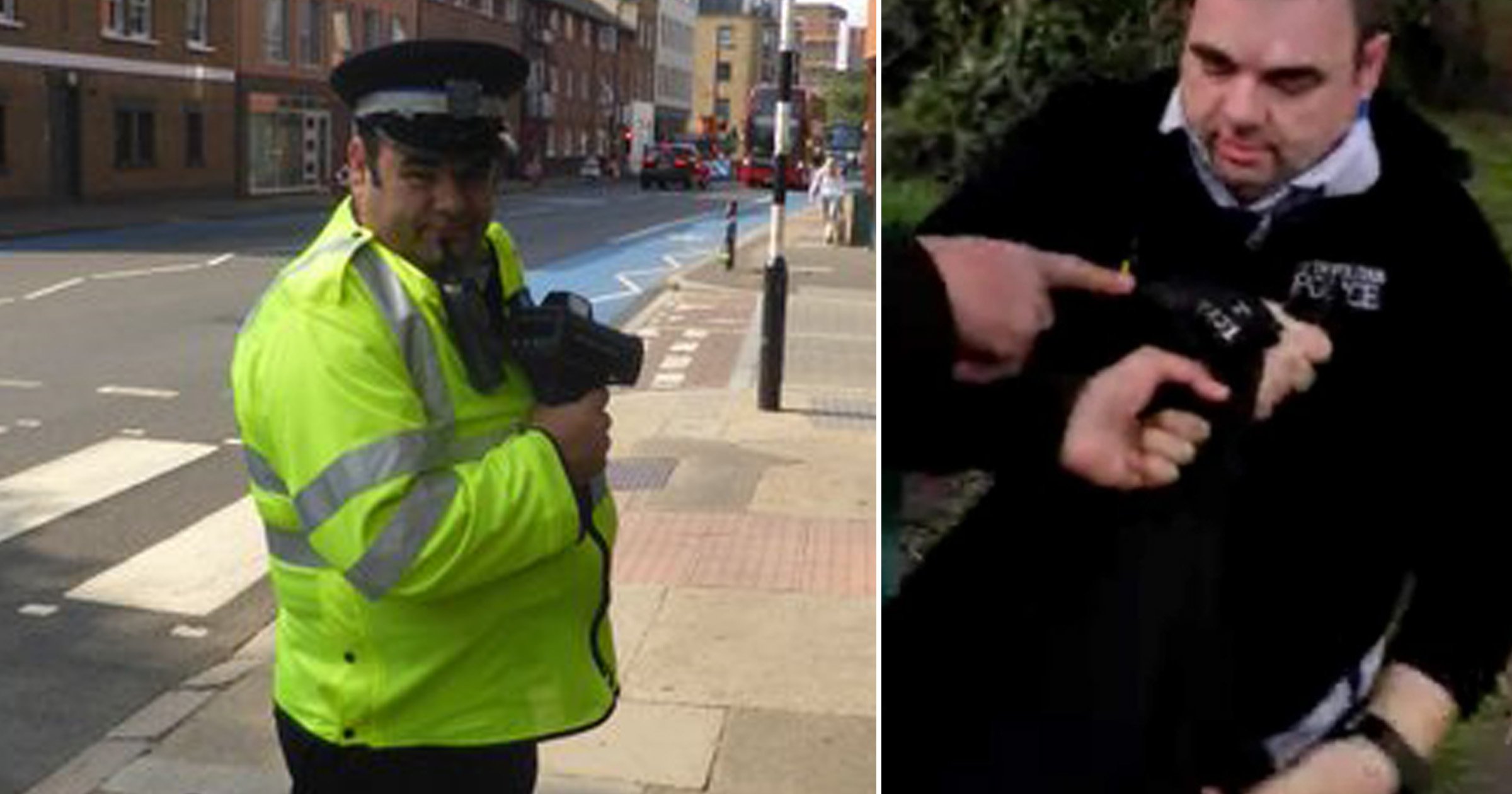 The police community support office (PCSO) was caught committing the act while wearing his uniform in broad daylight.

The court was told he blamed his behaviour on stress and a medical condition.

Phillips was released on bail but ordered not to enter a park or recreation ground in England or Wales.

Phillips, who works in the Metropolitan Police’s Roads and Transport Policing Command, was questioned after the incident on Wednesday.

He appeared in the dock wearing a burgundy sweater and was told to catch his breath before taking a seat.

The officer, of Milton Road, Croydon, who has no previous convictions, spoke only to enter his guilty plea and confirm his name, date of birth and address.

The case was sent to Croydon Crown Court by district judge Nigel Dean and he will be sentenced at a later date.

Footage of the incident was viewed online by thousands of people and triggered widespread anger at revulsion.

It comes at a time when the culture within the London’s police force is under intense scrutiny following the conviction of Wayne Couzens for kidnap, rape and murder.

The killing shone a spotlight on a culture within the Met and led to further revelations about behaviour among police officers.

Dame Cressida Dick resigned as commissioner after the capital’s mayor, Sadiq Khan, made it clear he was not satisfied with her efforts to reform the force.

The footage of Phillips was brought to the attention of police shortly before 11.30pm on Wednesday, the Met said.

The directorate of professional standards is leading an investigation and Phillips has been suspended from duty.

A referral has been made to the police watchdog, the Independent Office for Police Conduct.