The world is as fragile as it has been “at least since the end of the Cold War”, the Chief of the UK’s foreign intelligence agency, MI6, has said.

In the wide-ranging conversation, the first time ever that a serving Chief of MI6 has given a recorded interview, Sir Alex Younger warned of the global tensions making the world less safe.

Assessing current tensions with China and Russia, a deepening standoff with Iran in the Gulf and the continued threat from Islamic State and Al Qaeda, Sir Alex said that it “does feel like we’re at some sort of high point.”

“I think that there is a lot of brinkmanship going on,” he said.

“I think we (MI6) have got an important role to play in making sure that our positioning doesn’t end in miscalculation, and properly understanding the motivations of people who are presenting extremely hard-line positions in public but are likely to be motivated by a whole set of much more complex issues in private.”

Sir Alex, known in the service as ‘C’, was speaking about the challenges of leadership to my podcast series Off The Record.

Asked about intelligence failings that led to the Iraq War and the damage that might have had on MI6’s reputation, he acknowledged errors.

“Clearly we’ve got to be able to internalise the lessons of the past and move on in a way that we learn from them and where we can avoid any repetition of mistakes.”

Having led the organisation under three Prime Ministers – David Cameron, Theresa May and Boris Johnson, he spoke of the importance of separating fact and opinion.

“You’ve got to be really clear what mode you are in, and in fact this is one of the big lessons of the past. As intelligence professionals we are habitually very, very disciplined in distinguishing between fact and analysis.

“That discipline runs right up to my relationship with the leadership of the country.” 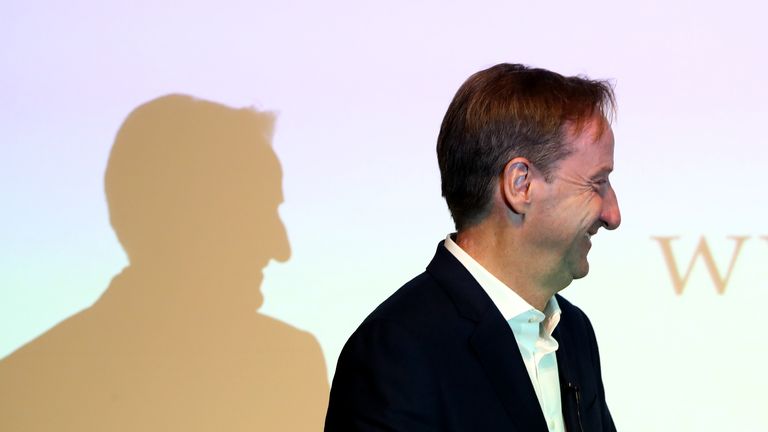 Sir Alex, who sits on the National Security Council with the UK’s other intelligence, security and military chiefs, said they don’t always agree.

“What you’re looking for is an environment where we can express our opinions honestly and where it would be odd if there wasn’t divergence between them, and for there to be a really active debate and for us to get to what we think is the right answer or to a consensus, and then we go with it.”

Little is known about Sir Alex’s career, but his official biography on the agency’s website reveals that he served in Europe and the Middle East and was MI6’s Head of Station in Afghanistan.

He has been Chief of the Secret Intelligence Service since 2014 but told Bunkall that he never had ambitions to lead SIS, instead seeing himself as “an operational officer”. “It was a transition to start thinking about myself as a senior leader. I’m extremely grateful to people around me who perhaps saw it more in myself than I did in me.”

Opening up about life as a young spy, he admitted he received a “tap on the shoulder” to join the service, and that “it was a bit of a surprise”.

“I actually joined almost at the end of the Cold War (1991) and you might question the timing, but it was a period of massive transition.

“One of the things I loved about my early career in SIS was that I was given problems to deal with, I was supported and I was trained, but by and large the way I got on with it and did it was down to me.”

He also paid tribute to the bravery of foreign ‘agents’ who work for British intelligence and their value in keeping the UK safe: “It’s at the heart of what we do.

“To create those human relationships across often forbidding cultural and linguistic boundaries, often in quite hostile environments but nonetheless where the most basic of human things, a relationship of trust, is developed.

“It confers a deep responsibility on us to honour the trust that people that we call agents place in us. We take extremely seriously our obligations when it comes to ensuring the security and safety of those type of relationships”.

And he praised his officers working around the world often in danger: “What we do is important and it’s incredibly interesting and absorbing and it can become not quite an obsession but you do find yourself very focused on what you do.

“We can’t talk even to our closest friends about what we’re doing and so therefore we need a culture within where we can do that with each other. And it’s why we have our own bar, for instance, one of the most exclusive bars in London, it’s fair to say!”

He and wife Meghan Markle will no longer carry out royal duties from March 31, as they look to live “financially independent” lives. A statement…

A dad has been accused of raping multiple minor girls — including a 12-year-old who was at a sleepover with his daughter at his home.…

Two men from the City of Kawartha Lakes have been charged with second-degree murder following a shooting in Omemee on Tuesday afternoon. OPP responded to…

The UK's new £20 plastic banknote will start to appear in ATMs and tills from Thursday as it enters circulation. Featuring legendary Brit artist JMW…