Mike and Zara Tindall with daughter Mia after Queen's funeral

Mia Tindall, eight, was captured in a sweet innocent moment after she and her family joined other royals to bid farewell to the late Queen Elizabeth II. As the girl walked beside mum Zara and dad Mike Tindall exiting St George’s chapel, she provided a moment’s relief from the solemnity of the funeral when the youngster began hopscotching. Her parents held hands as they too walked beside her after leaving the monarch in her final resting place.

The Royal Family bid farewell to their beloved matriarch and the nation’s longest-reigning monarch in a place which has been the setting for both joy and sorrow for the Queen.

Mourners at the committal service in St George’s Chapel at Windsor Castle included the late Queen’s nearest and dearest, her household staff past and present, and foreign royals.

Zara, Mike and Mia had arrived first at 3.28pm, soon followed by Princesses Eugenie and Beatrice, and their mother Sarah, Duchess of York.

After the service, the queen’s coffin was taken on a gun carriage, escorted by her family and thousands of soldiers dressed in ceremonial finery, past her Buckingham Palace home and on to Wellington Arch at Hyde Park Corner, to the strains of funeral marches. 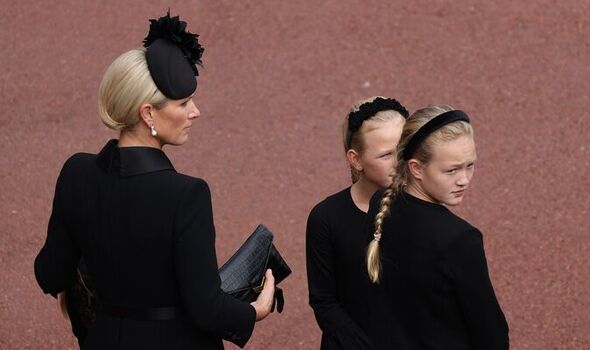 Together they have three children: Mia, eight, Lena, three, and baby Lucas, one. 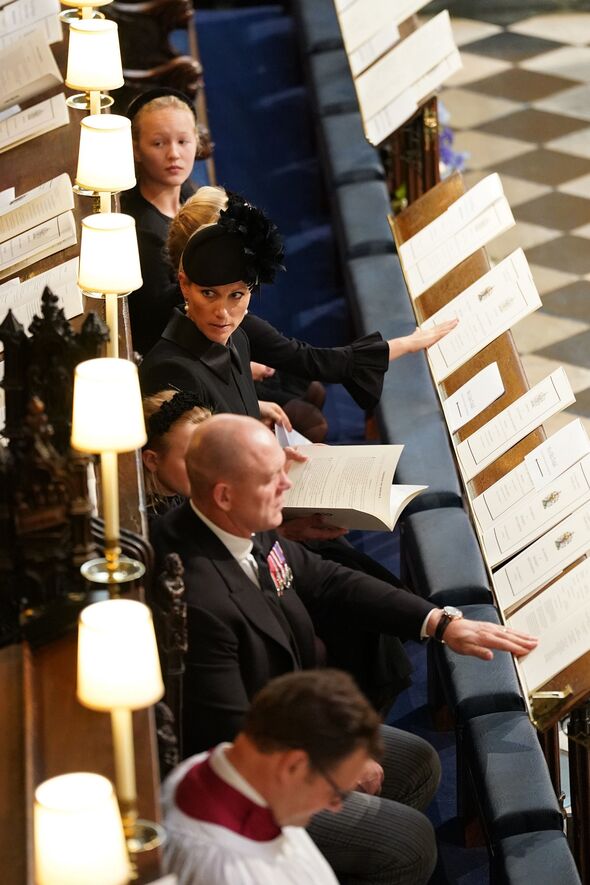 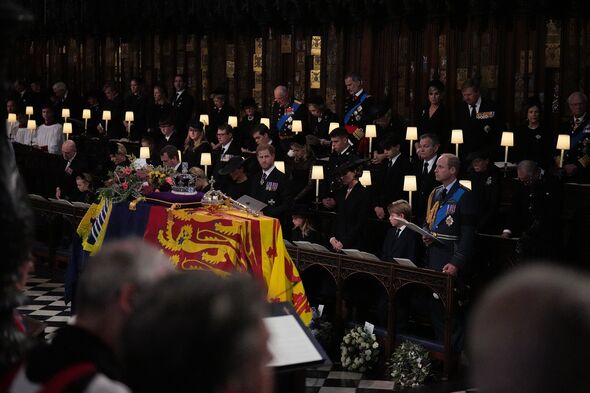 When the Queen met great-grandson George soon after he was born in 2013, it was the first time in almost 120 years that a reigning monarch had met a future king three generations ahead.

William described her as a “wonderful great-grandmother” to his children and a “role model for the rest of their lives”.

She would always leave a small gift in their room whenever they came to stay. 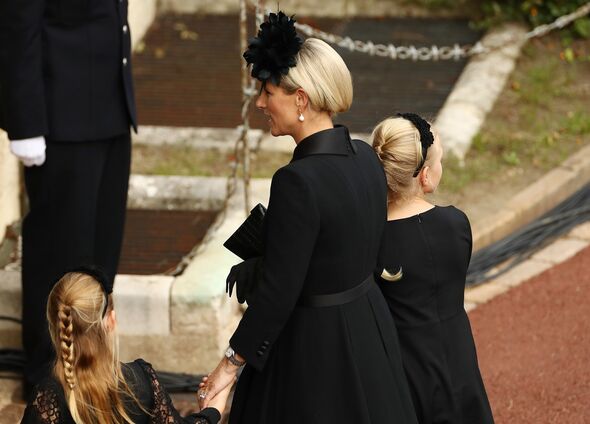 Lockdown during the coronavirus pandemic meant the Queen was separated from her wider family for many months.

A touching family photo of the Queen and Philip surrounded by seven of their great-grandchildren at Balmoral was shared in 2021 following the duke’s death.

In 2016, the Queen was pictured by celebrity photographer Annie Leibovitz with five of her great-grandchildren and her two youngest grandchildren.

The Queen sat with a young Charlotte on her lap, and Mia Tindall, then two, was proudly holding the Queen’s famous black handbag.