Union leaders attacked the Government this morning over the ongoing pay negotiations for rail workers. Eddie Dempsey, the assistant general secretary of the National Union of Rail, Maritime and Transport Workers (RMT), hit out at Transport Secretary Grant Shapps. Speaking during a grilling by MPs on the Transport Select Committee, he claimed some of Mr Shapps’ language was “hairy, unhelpful and incendiary”.

Mr Dempsey was joined by the general secretary of the Associated Society of Locomotive Engineers and Firemen (ASLEF), Mick Whelan.

His fellow union leader told MPs that they “are in a Catch-22 situation” due to employers telling the unions that they cannot offer more money because of the Government.

On Tuesday, Network Rail made an offer to rail workers in a bid to break the deadlock between unions and the Government.

The RMT will consider the offer today but has said it “amounts to a real terms pay cut over the next two years”.

JUST IN: Priti Patel backs down from leadership race as she puts ‘experienced’ Liz Truss ahead 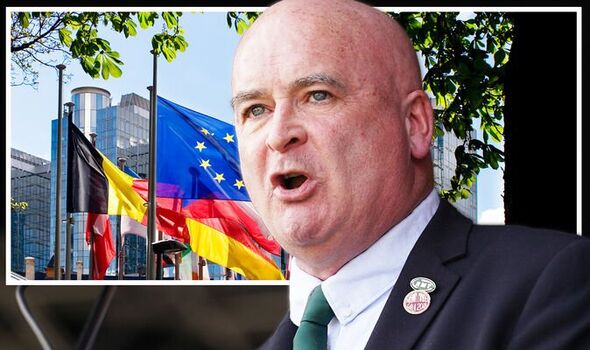 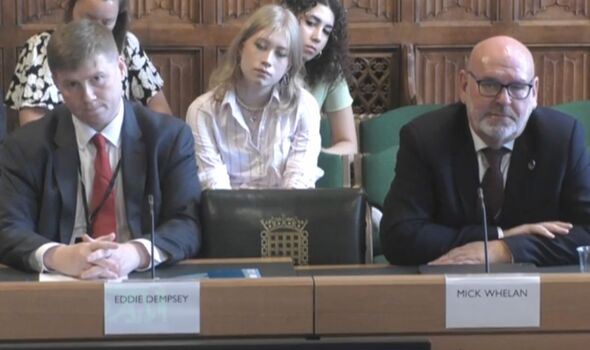 The RMT’s general secretary Mick Lynch has become the face of the strikes in recent weeks, having been interviewed by journalists about everything from workers’ rights to his decision to back Brexit.

But the union boss’ double standards over Britain’s withdrawal from the EU have been exposed in an unearthed document as he warned of the “failures” of leaving the trading bloc, despite supporting it.

In August last year, the RMT chief penned an open letter to the union’s members, warning of the consequences for seafarer jobs, including at Irish Ferries.

He said: “Make no mistake, this is a betrayal of Brexit in a coastal community scarred by the industrial changes the country underwent in the Seventies and Eighties.

“At this rate, we certainly won’t see ‘more jobs and money’ from Brexit, as the local MP, Natalie Elphicke, promised in 2020. 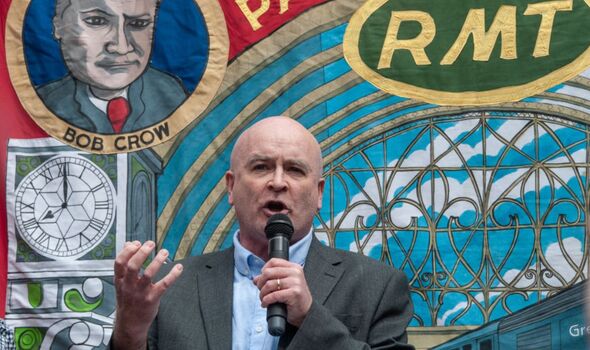 “What is far more likely is that the contagion will spread to other operators in Dover being undercut by Irish Ferries and more local seafarer jobs and training schemes will go.”

The union boss also hit out at the Government over what he said was the slow-paced entry of UK seafarers into the workforce.

Continuing his claim that Brexit has not been delivered as expected, he said: “This failure goes to the heart of Government.

“Shortly after he was appointed, Shipping Minister Robert Courts told MPs in September 2020: ‘I want to see… those who operate in and around UK waters use a UK workforce wherever possible’.

“Yet the Government has refused to make any changes that would require Irish Ferries to employ and train local seafarers in Dover, tackle fatigue inducing rosters or recognise trade unions.”

DON’T MISS:
UK Covid warning: Fresh demands to bring back virus curbs as cases surge across Britain [LATEST]
Boris Johnson urged to remain in office: ‘The longer he stays the better for all of us’ [INSIGHT]
Royal POLL: Should Prince Harry ‘spike’ his upcoming memoir? [ANALYSIS] 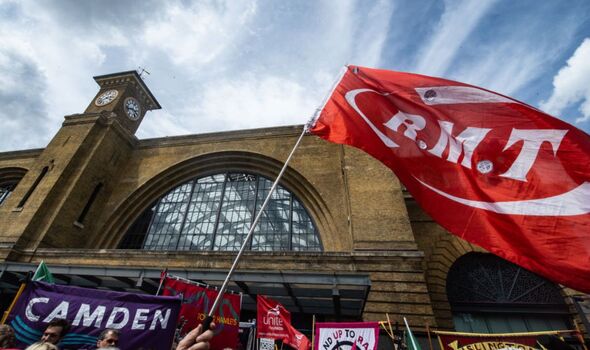 Mr Lynch’s warning of a “betrayal of Brexit” came after the RMT encouraged its members to vote to leave the EU in the run-up to the 2016 referendum.

The union’s then-general secretary Mick Cash warned of the economic consequences of remaining in the EU.

Writing to members in an open letter, he said: “Millions of trade unionists and working people will be voting leave because they want the hope of a better future at work and at home.

“Hope that we can be free to develop our industries and public services free, from EU driven privatisation and deregulation. 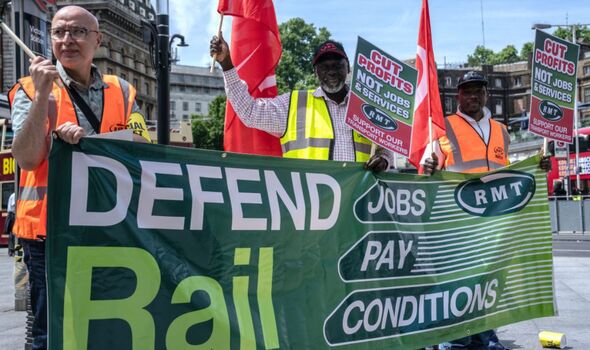 “Hope that we can be free to pursue policies that promote jobs and prosperity, free from EU driven austerity.

“Hope for fair employment where all workers get the proper rate for the job, free from undercutting and an EU race to the bottom.”

Mr Lynch defended his and the RMT’s support for Brexit during an interview with ITV’s Robert Peston last month.

Asked by the journalist if the RMT “made a mistake”, the union chief replied: “No, I don’t think we did make a mistake. We support Brexit.”