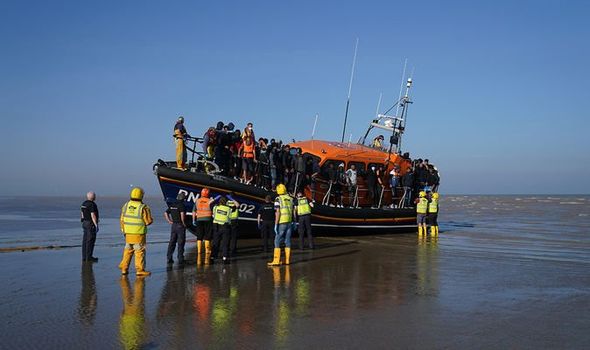 There was a steady stream of migrants arriving in Britain yesterday, 24 hours after 750 crossed the Channel in small boats. Up to 60 migrants were taken to the Port of Dover after they were picked up in two boats by the RNLI and the Border Force.

Another 31 were brought into Kingsdown, about seven miles away.

Recent bad weather meant hundreds had been left waiting to get across.

The Government pledged to give France £54 million to support its efforts to stop crossings.

Home Secretary Priti Patel has told MPs she is prepared to withhold the funds unless there is an improvement in the number of migrants intercepted by French authorities, according to government sources.

It is understood that none of the money has been paid so far.