ST.-OMER, France — The players erupted in joy, dancing and shouting in Pashto, celebrating their second victory in a regional cricket tournament. It might have been a familiar scene in parts of Afghanistan or Pakistan, but it was far less so here in northern France.

The St.-Omer Cricket Club Stars, known as Soccs, had just won a tournament on their home turf, a new cricket field next to a cow pasture. For their captain, Javed Ahmadzai, however, the sweetest triumph lay elsewhere.

“The best victory is off the pitch,” said Mr. Ahmadzai, 32, a stonemason who arrived in France from Afghanistan in 2005. “When we teach cricket to children in local schools and they won’t let us go, or tell their parents: ‘You see, Mom, migrants aren’t all mean.’ ”

Bringing cricket to life in St.-Omer is about far more than sports for Mr. Ahmadzai and his teammates. It is an opportunity to be part of the community, to be thought of as local champions rather than just as foreigners.

That hasn’t always been easy.

During the European migration crisis of 2015, refugees hoping to reach Britain gathered in squalid camps in northern France, living in treacherous conditions in places like the “Jungle” in Calais, less than 30 miles north of St.-Omer.

Marine Le Pen, the leader of the far-right, anti-immigrant party in France and presidential candidate, argued that the country had been hurt by “massive immigration,” and often cited the camps in her attacks. 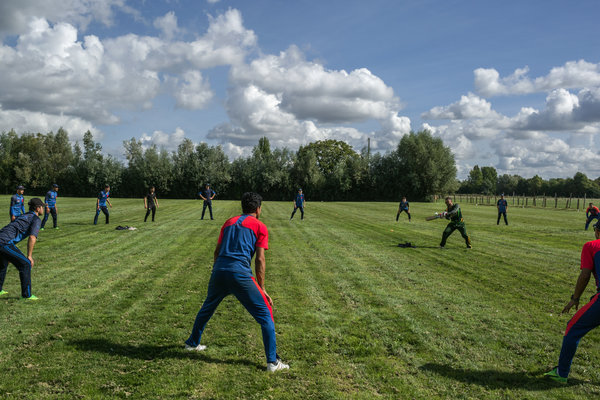 Her message was well received in the region, and in the first round of the presidential election last year, more residents of St.-Omer voted for Ms. Le Pen than for any other candidate. (She won 39 percent of the town’s vote in the second round compared with 33.9 percent nationally.)

Yet two years after the government cleared the “Jungle,” in October 2016, there are still frequent police raids on migrant camps, and the lives of many seem stuck in limbo. The number of migrants in the Calais area has since dropped to 400 from 8,000. Many, including some who once lived in the Jungle and hoped to cross the English Channel, have decided to stay in St.-Omer.

They study, work or seek jobs and, in the case of some Soccs players, hope that their sport will help them establish themselves in the town of 16,000 people. St.-Omer has sheltered more than 5,600 since 2015, most of them in a center for underage refugees.

“Whenever young Afghans arrive in St.-Omer, one of the first things they ask is where they can play cricket,” said Jean-François Roger, the regional director of France Terre d’Asile, a state-funded organization that helps refugees. “Soccs gives them a framework. It helps them move forward and build something here.”

France is not exactly known for cricket, a sport played primarily in the former British Empire. It hardly figures in the national sports pantheon, with 1,800 cricket players in some 50 French clubs, compared with 2.2 million registered soccer players. Yet with the influx of migrants from Afghanistan, the number of cricket teams in northern France has grown to nine from two.

The Soccs are among them. In summer 2016, Mr. Ahmadzai and other Afghans were playing cricket with a homemade ball in a public park in St.-Omer when a local businessman who was out running, Christophe Silvie, stopped to ask them about the game. A few months later, Mr. Silvie and Mr. Ahmadzai founded the club with another volunteer living nearby, Nicolas Rochas.

The team practiced in a local gymnasium and won a first tournament. Then another.

Today, some 30 players from St.-Omer and surrounding areas, ages 15 to 33, have helped turn the town into a center of cricket excellence. (In reality, there was little suspense in the recent final: The club has two teams, and both beat their rivals in the regular league and the playoffs. So the club’s first team played the second in that final match.) 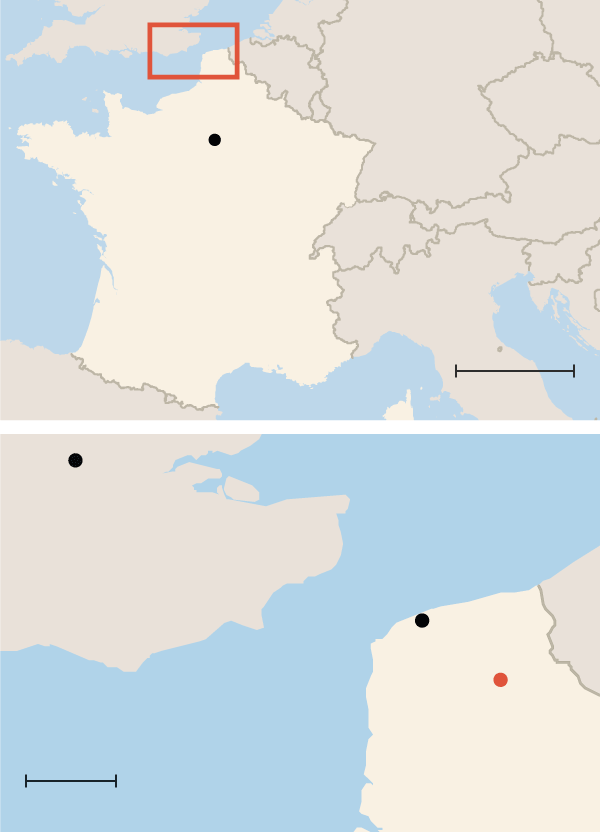 “Cricket has helped the players gain priceless self-confidence and fight loneliness and isolation,” said Mr. Rochas, the vice president of Soccs, who watched the final in September with his two young children. “It’s more than a club — we are now like a family.”

For years, St.-Omer was the only town in the region with a France Terre d’Asile center for underage refugees, most of whom came from Eritrea and Afghanistan. In 2017, Afghanistan was the second country of origin for asylum seekers in France, with 6,000 of a total 100,000 requests. The organization accommodated 2,230 migrants in the town in 2017, up from 300 in 2013. Many of the young Soccs players went through the center.

“I feel like I’ve grown up so much here, and I know the people, so I want those titles to be like a gift for St.-Omer,” Abdulwali Akulkhil, a 17-year-old Soccs player from Afghanistan who once lived in the center, said of the team’s victories.

William Gasparini, a professor of sociology at the University of Strasbourg who specializes in sports, said that team activities could indeed be a springboard for integration, providing connections far beyond the field.

“Managers of amateur clubs are often local businessmen or people who are well connected in the area, so it gives the migrants some useful social capital,” he said.

Mr. Rochas, the team vice president who is known among the players as Big Brother, has helped several get into training programs in farm trucking and mechanics. He also helped another player, who speaks five languages and wants to become a diplomat, get an internship in the French Parliament.

Yet, for all the progress on and off the field, Soccs players have faced resistance. Xenophobic messages popped up on social media when the town’s mayor, François Decoster, said the club could build a cricket ground on an unused plot of land on the edge of the town. Some posts threatened to damage the site and others spread a rumor that a mosque would be built there.

“I had to explain again and again who these young men were and where they came from,” said Mr. Decoster, a member of a centrist party. “Integration can be a long, rocky process.”

The mayor says that efforts to help refugees settle “at a local level and at the appropriate scale” through initiatives like sports could help fight many preconceptions. If more cities and countries favored such activities, “we wouldn’t have the Salvinis, the Orbans and the Le Pens,” he said, referring to the interior minister of Italy, the prime minister of Hungary, and the French far-right leader.

Complaints about Soccs seem to have tapered, but Mr. Decoster’s optimism has yet to be followed by a strong showing of local support for the team. Only a few dozen people attended the final, many of them volunteers or acquaintances of the club’s managers.

Hours later, when the victorious players honked horns and waved French flags as they circled the town’s central plaza, most of those sitting outdoors stared at them, intrigued but unaware of what they were celebrating.

“We’ve got prizes, compliments and promises, but many players wonder why, after a second title, there isn’t more local enthusiasm,” said Mr. Rochas, the club’s vice president.

In 2017, the club received a European Citizen’s Prize, awarded each year by the European Parliament to citizens or organizations that promote cross-border cooperation and understanding. But it still lacks the resources and volunteers it would need to play in France’s national cricket league, as its victories at the regional level qualify it to do.

Perhaps even more critical is the need to attract local players, some team members said. So far, a doctor living in St.-Omer is the only French-born player out of 30.

“We can’t only play among foreigners. We need new French recruits,” said Tazim Abbas, a 19-year-old player from Pakistan. “Otherwise, who will keep the club running when I have a job and a life here?”