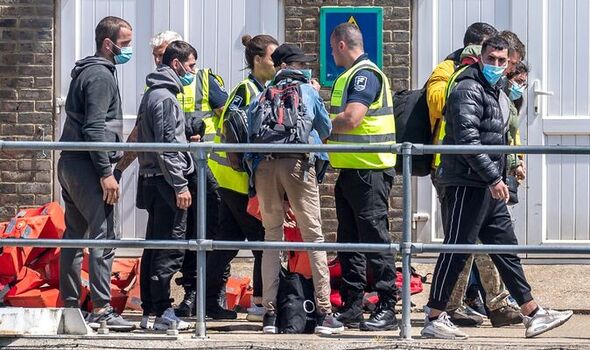 The milestone came as Boris Johnson said he would not give a figure by which Channel crossings needed to come down before the Rwanda migrant flights policy could be declared a success.

Speaking on BBC Radio 4, the Prime Minister said the “humane policy” is about “breaking the business model of those who criminally abuse and cheat people crossing the Channel in unseaworthy vessels”.

Crossings have continued despite the threat of asylum seekers being sent to Rwanda under the plans.

However, the first flight to the African nation, planned for June 14, was axed following an order from the European Court of Human Rights.

Home Secretary Priti Patel said the court’s decision was politically motivated, while Justice Secretary Dominic Raab said it was wrong for the injunction to be granted.

Court battles have created uncertainty over when further attempts to fly will be made but Ms Patel has said the Government “will not be put off by the inevitable last-minute legal challenges”.