The Queen’s eldest granddaughter, Zara and her husband, Mike Tindall were among those in attendance at the Queen’s procession on Wednesday. Speaking on the latest episode of Palace Confidential, The Mail on Sunday’s assistant editor Kate Mansey told how Zara Tindall was spotted “shot a look” at Mike as he appeared to break the silence that fell upon the Procession service.

Speaking of the atmosphere, Ms Mansey said: “As the procession got closer, obviously we couldn’t see it in the hall, but we could hear the bells tolling and the drums getting closer and closer and inside the hall was complete silence.”

She added: “There was a moment of levity when Mike Tindall cleared his throat and Zara, kind of, shot him a look.

“It was very intimate actually”, adding that “the silence is profound”.

Speaking of the moment the coffin arrived, she said: “It was one of those real moments of history that, as a journalist you think, oh my goodness, I am incredibly privileged to have witnessed, right.” 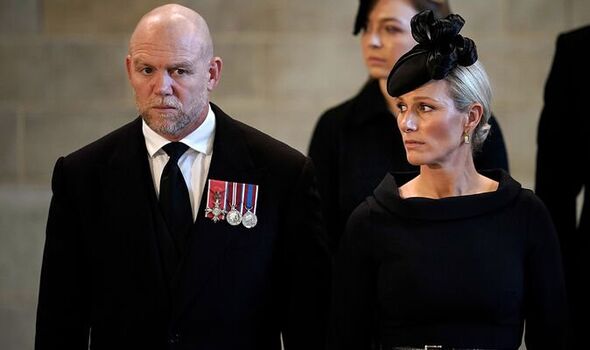 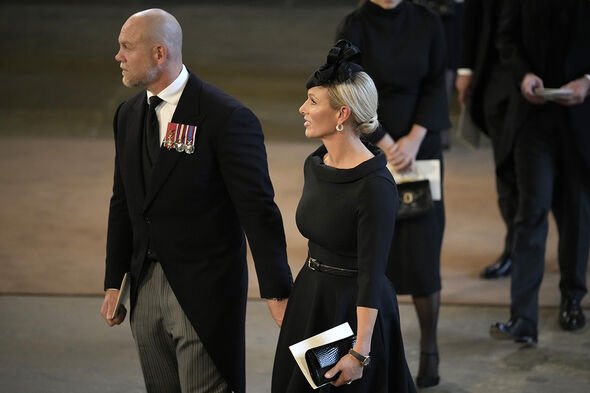 Zara was pictured looking emotional as she joined other members of the Royal Family at the service in Westminster Hall on Wednesday.

The royal held onto Mike’s hand for support as they made their way into the venue.

Mike appeared solemn as he stood by his wife of 11 years.

On Wednesday, at 2.22pm, the Queen’s coffin was placed on a gun carriage and lead a procession down a packed Mall.

It made its way along Whitehall and then into Parliament Square before entering the Palace of Westminster, followed by King Charles III, her other three children and grandchildren, including Charles’ sons Prince Harry and Prince William.

Zara and Mike are expected to join other members of the Royal Family at the Queen’s state funeral on Monday [September 19].

The Queen’s funeral will be held at Westminster Abbey and will take place at 11am BST. 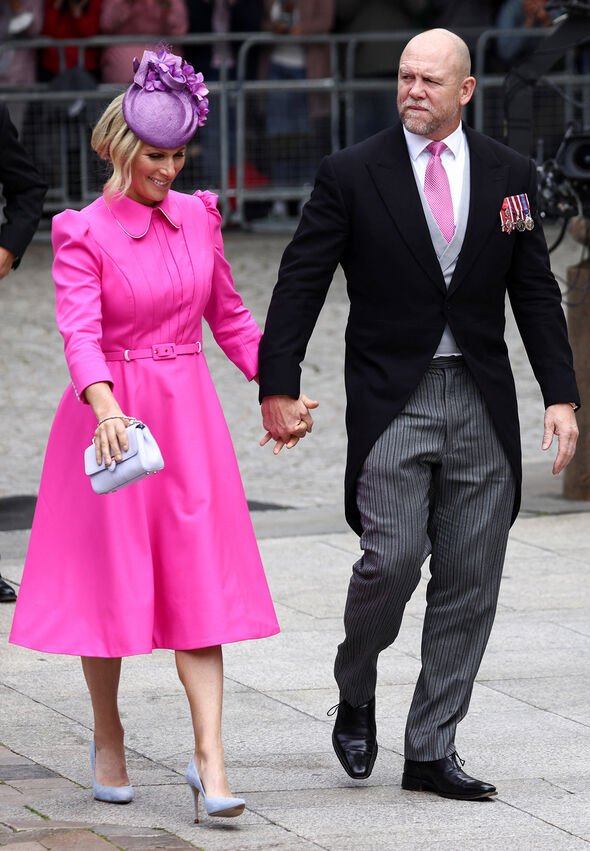 Speaking at Hello magazine, body language expert Darren Stanton stated that there is “no denying” that Zara and Mike have a “very close relationship”.

Analysing their body language at Royal Ascot earlier this year, he said: “They were pictured with Zara placing her arm through her husband’s arm and she’s gripping on tight.”

He added that while this gesture could be seen in a negative way, it showed “the genuineness of her emotions” and “true happiness”.