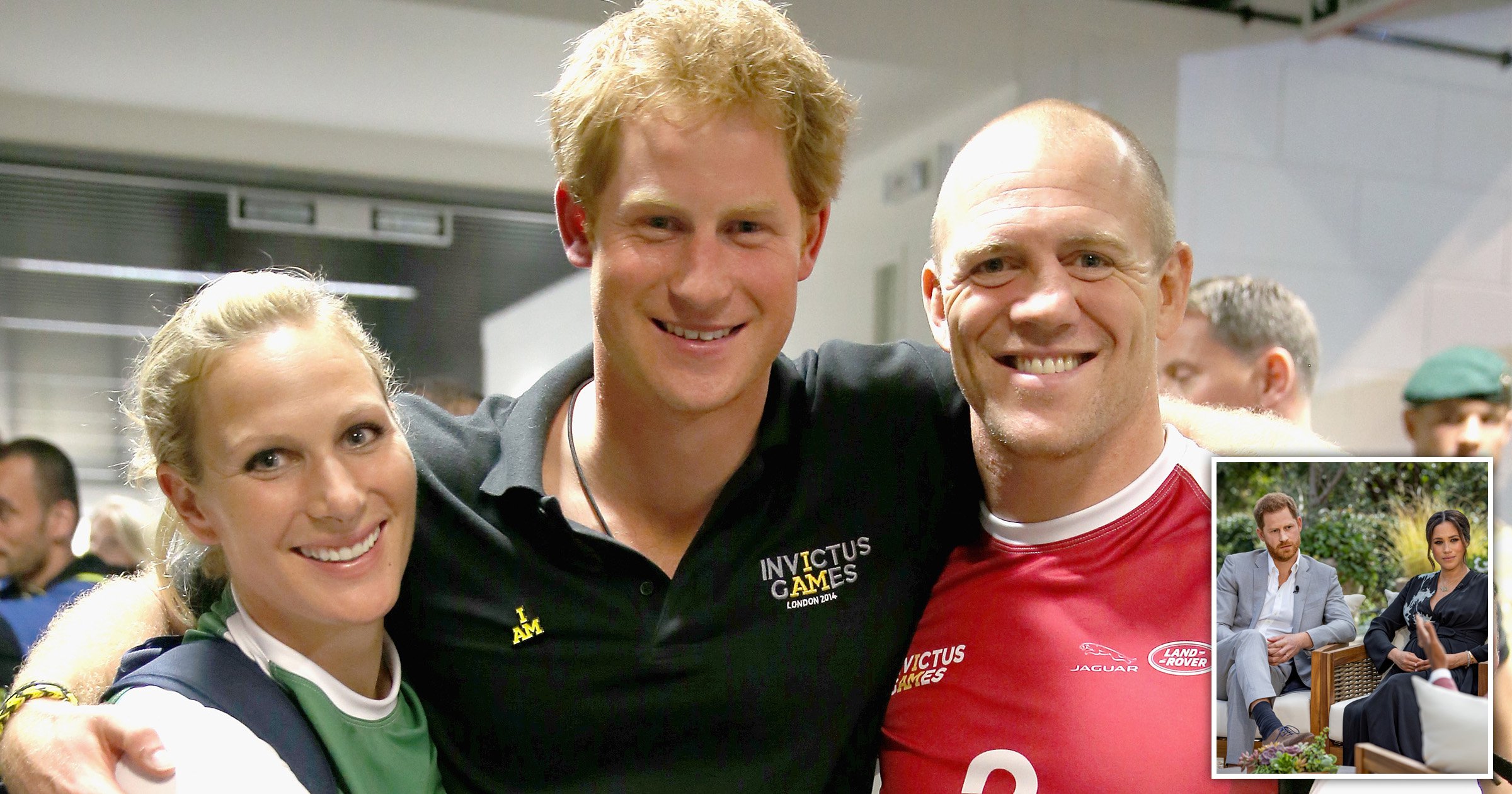 The royals are so furious with Prince Harry they’d like to punch him, his World Cup-winning cousin’s husband Mike Tindall has revealed.

The former England rugby star let slip the family’s feelings at a live show of A Question Of Sport.

Harry has endured a reportedly rocky relationship with the Windsors since quitting as a working royal in early 2020 and eloping to the US with wife Meghan Markle.

In an interview with Oprah, Meghan accused an unnamed royal of asking what colour skin their first baby Archie would have, while Harry said he felt ‘trapped’ in the monarchy.

He’s only met his elder brother William at two public events this year, while the Queen is yet to meet his second child Lilibet, despite the couple choosing the name after her majesty’s childhood nickname.

The events have fostered considerable ill feeling at Buckingham Palace towards the Duke of Sussex, according to Tindall, who is married to Harry’s cousin Zara.

Speaking at A Question of Sport Live on Monday in the London Palladium, Tindall also hinted at Harry being ‘slapped’ on a boozy night out.

The show’s host and Tindall’s former teammate Matt Dawson, with whom he won the Rugby World Cup in 2003, recalled celebrating the triumph with Harry at a bar in Sydney.

Tindall, 42, and winger Iain Balshaw thought it would be funny to throw a few punches at the prince to see how long it would before his protection officers intervened, MailOnline reports.

He told A Question Of Sport Live: ‘At Balmoral, the family are now having the same conversation. Except the Queen has taken his security away.’

The centre who won 75 caps for England appeared to touch upon the Sydney play fight on a podcast with England star James Haskell last year.

Talking about how he could be depicted in Netflix drama The Crown, Tindall said: ‘That has to be the main incident, if it was there – the full Harry slap.’

Haskell picked up on the admission, responding: ‘They don’t even know about that. Now you’ve revealed that.’