The touching drawing shows a corgi with tears running down its face while looking at the Imperial Crown, upon which was placed a tennis ball.

The artwork depicts the Queen’s life-long love and affection for corgis, which she has owned and played with since her 18th birthday, and how missed she already is by her beloved dogs, her family and the country.

The image published by Mike also include details of a bidding auction closing later today launched by the artist on her Facebook page.

The proceeds, she said, will be entirely donated to the Dogs Trust – of which the Queen had been the patron since 1990. 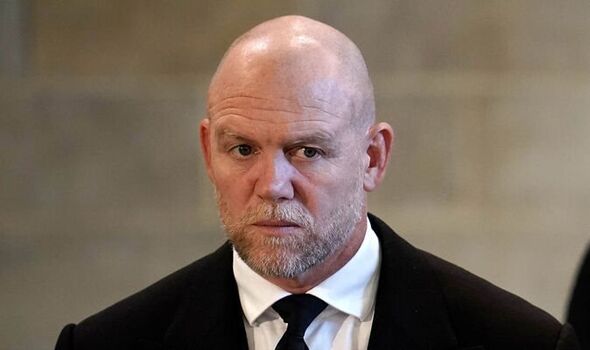 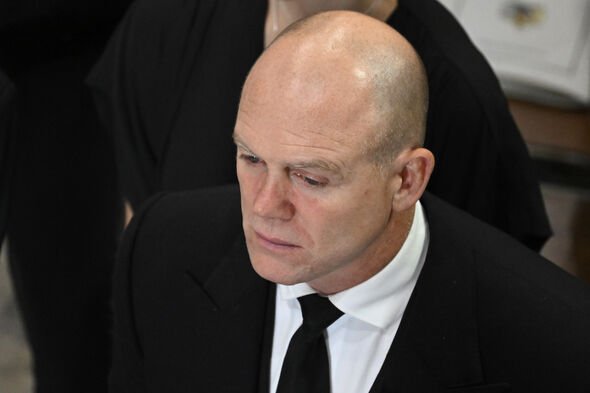 Mike’s decision to share the image and provide a boost to the auction was appreciated by his social media followers.

One, named @sonyaritchie, wrote: “You are just the best…”

Another, @NAllen2310, tweeted in response to Mike’s post: “Isn’t this just a wonderful thing to do.

@miketindall13 what a great guy to have in your family and at your side during sad times. 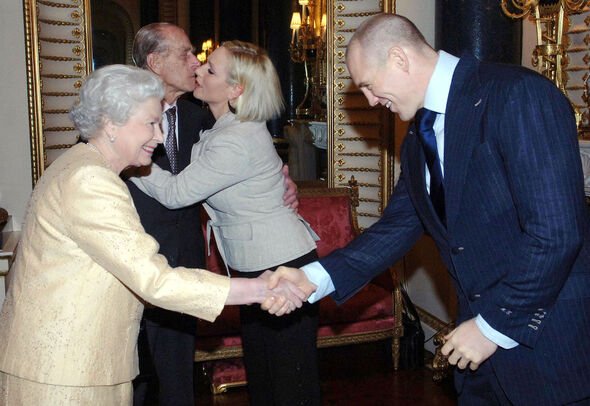 “He has been a great friend & a tower of strength to the RF. Good man.”

Another royal fan and animal lover, @bugbrown1, added: “Mike, thank you for being such a good grandson-in-law to the Queen.

“I live in the US but I’ve always admired the love, loyalty and protective arm you’ve wrapped around your family, all the way up to the Queen.”

Mike attended the funeral of the Queen alongside her wife Zara and their eldest daughter Mia, eight. 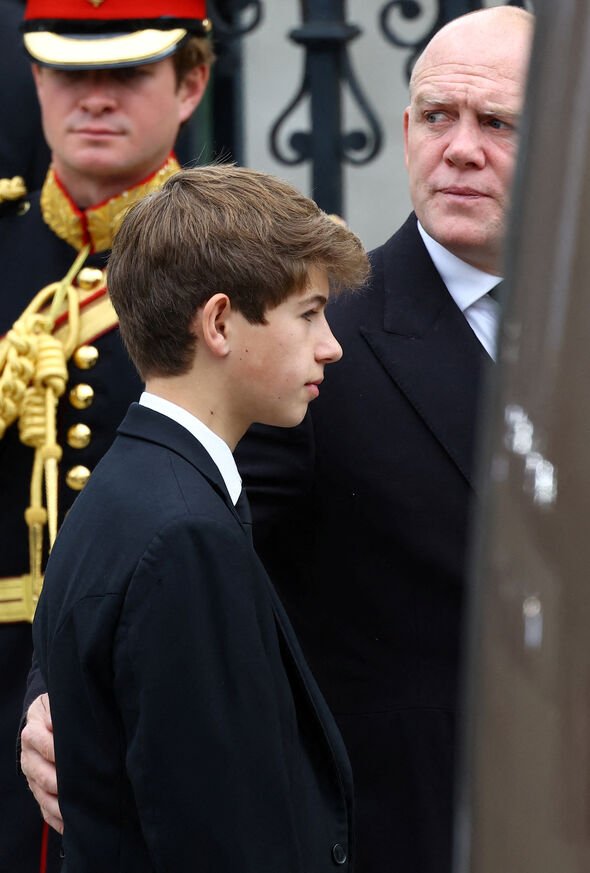 On Monday, when the Royal Family came together for the final goodbye to the Queen, Mike silently showed his affection and respect for Her Majesty as he appeared close to tears while listening to the funeral service.

The former rugby player also offered support to a younger member of the family, 14-year-old James, Viscount Severn, as the royals were leaving Westminster Abbey.

While James’s father Prince Edward was joining the funeral procession alongside the other children of the late monarch, Mike put a comforting arm around the teenager, known to be very close to his grandmother the Queen. 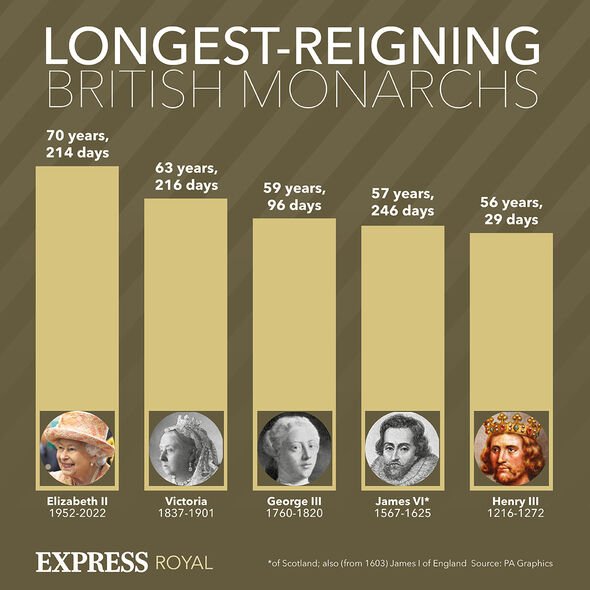 Mike and Zara were also among the guests at the committal service held at St George’s Chapel a few hours after the funeral.

During the service, the former England player was spotted wearing three medals on his chest.

Among them were the cross-shaped Member of the Order of the British Empire, which he received back in 2007 for his rugby career.

The day after the funeral, Mike shared a short video on Instagram showing the Queen’s piper Pipe Major Paul Burns playing the final lament as her coffin was lowered into the Royal Vault at St George’s Chapel. 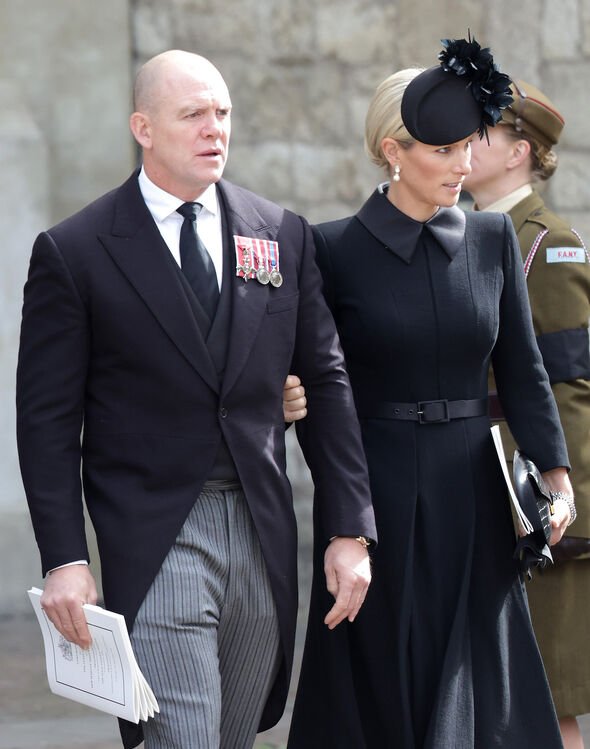 The Queen was later laid to rest in the King George VI Memorial Chapel during a private service held behind closed doors.

The small chapel built in the 1960s is also the final resting place of the Queen’s parents and her sister Margaret.

On Monday, the Queen was also reunited with her husband of 73 years, Prince Philip.