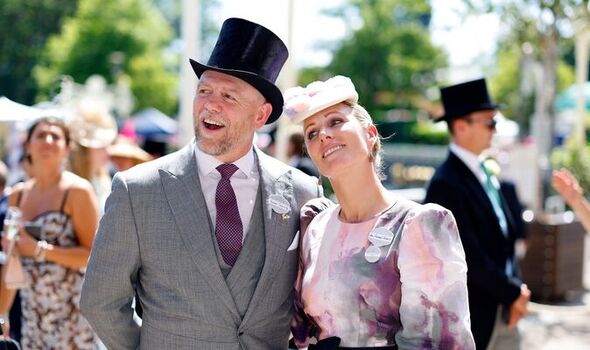 The former England rugby player, tied the knot with Zara Phillips, daughter of Princess Anne and granddaughter of the Queen, in 2011. Together, they have three children, Mia, eight, Lena, three, and baby Lucas, one. Speaking of his royal debut, the dad-of-three credits the Queen for making him feel particularly welcome.

“I’ve always felt part of it and I think that’s down to what an amazing woman the Queen is. They’re a fantastic family.”

Back in 2019, the 43-year-old made headlines when a video of him making Queen Elizabeth II giggle circulated in the media.

In the video, while at the Royal Ascot, the man can be seen taking off his hat to reveal a miniature hat he had hidden inside.

According to Hello magazine, Mike also is close with his mother-in-law, the Princess Royal, as well as Prince William and Kate, the Duchess of Cambridge.

But his bonds with Prince Harry and Meghan Markle might not be the best ones.

Mike Tindall made some insulting remarks about the Duke of Sussex, who returned to the UK for the Jubilee celebrations but missed the concert on Saturday, June 5.

Speaking at the “The Good, The Bad, and The Rugby” podcast over the Jubilee celebrations, Mike Tindall said: “It was at the concert where there was a bit more of a chat together because we went in and had a drink with everyone after.”

“I think the committee that put it together did an incredible job.”

It was following the concert that Mr Tindall spoke to a fellow guest and referred to Prince Harry’s behaviour as that of a “b***d”.**

However, Mike Tindall is known to always be enjoying himself at public engagements.

Today, he was spotted having a laugh with his wife, Zara, and TV presenter Kirsty Gallacher, at the Royal Ascot.

Pictures showed him squirming as Kirsty Gallacher grabbed his face.