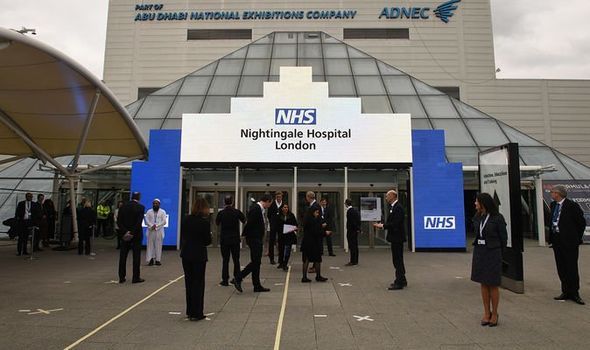 Officials have identified 16 further sites for temporary hospitals to treat patients across the country.  Military planners have worked alongside senior clinicians on nine, and aided the construction in five, sources confirmed. Another eight sites have been identified in case demand soars further.

The second NHS Nightingale Hospital, which has been built at the National Exhibition Centre in Birmingham, is to open on Friday, Downing Street said yesterday.

The third, in Manchester, will open in the next “week or so”.

Around 200 military personnel worked alongside senior NHS clinicians and construction workers to get the temporary hospital in London ready. 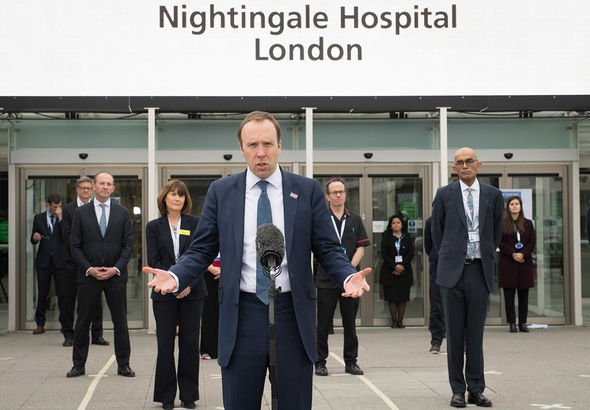 Opened by Prince Charles on Friday and named after nursing pioneer Florence Nightingale, it will need an army of up to 16,000 staff in clinical and ancillary roles to keep it running.

With more than 80 wards containing 42 beds each, the facility will be used to treat Covid-19 patients who have been transferred from other intensive care units across London.

Mayor of London Sadiq Khan said: “A few weeks ago we started planning for the worst, which is a peak where we would need in London around 8,000 intensive care unit beds. 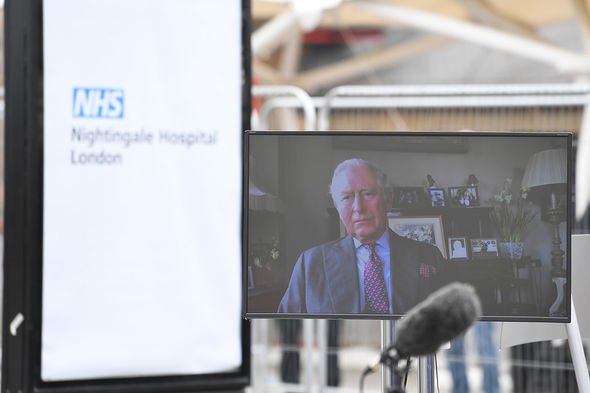 “To give you a scale of the challenge, we normally have across the whole of London about 800 intensive care unit beds with ventilators, oxygen and those sort of things. Because of the brilliance of the NHS, Army planners, and many others we’ve opened the Nightingale Hospital.

“We’ve got the capacity now to deal with our needs. At the moment, thankfully, we’re nowhere near reaching 8,000.

“At the moment we’ve still got 25 percent, about there, capacity within the NHS (in London) before we even go to Nightingale, so it demonstrates the can-do attitude of not just Londoners but those around the country who have helped us get ready for the peak of this virus.”

Staff will be able to sleep at nearby hotels once they finish their shift, the hospital’s director of nursing, Eamonn Sullivan, said – though they can also choose to go home.

Contractors and around 200 military personnel worked to get it up and running in just over a week.

The second NHS Nightingale Hospital, which has been built at the National Exhibition Centre in Birmingham, is to be opened on Friday, Downing Street has said.

The Prime Minister’s official spokesman said that it would initially have 500 beds to treat coronavirus patients, with the capacity to expand to 2,000.

“Huge credit should go to all those involved in getting the hospital set up so quickly,” the spokesman said.

He added that the third Nightingale Hospital in Manchester was expected to open in “the next week or so”.

Military planners, alongside senior NHS clinicians, said they were planning temporary hospitals in “every region” of the UK amid fears critical-care units will be overwhelmed by coronavirus patients.

Around 2,000 military personnel in the Covid Support Force are on 24 hours’ notice to help communities plagued by the disease, sources revealed yesterday.

This is expected to increase to 15,000 troops being on 48 hours’ notice as defence chiefs admit they are in a “race against time to close capability gaps”.

Hundreds of military planners are also working with 38 local resilience forums – which bring together all public agencies, such as Public Health England, NHS trusts, police and councils – to lead the fight against coronavirus.

His team, including Royal Engineers, has assisted the NHS in planning, designing and operating the temporary hospital in East London.

Colonel Boreham said: “It’s the biggest job I’ve ever done. But you know what, I’ve spent 27 years on a journey to this moment.”