LBC host Nick Ferrari faced a mass of enraged callers after the broadcaster drew attention towards comments made by Oprah Winfrey regarding hopes of reconciliation within the Royal Family. The American media star is renowned for conducting the 2021 bombshell interview with Prince Harry and Meghan Markle following their step back from royal duties. Oprah suggested the Queen’s funeral could pose an opportunity for the Royal Family to resolve their differences with the Duke and Duchess of Sussex. However, raging callers to the radio station disagreed, demanding the media “mind [their] own business” as the nation mourns the late monarch.

Speaking to one of his listeners, Mr Ferrari said: “When you now hear the interviewer opine on what she hopes happens between one of her subjects, do you not see that has relevance?”

The caller, identified as Rob from Maidstone, replied: “I don’t think it has relevance to the rest of the country.

Rob suggested the focus should remain on remembering the devoted service of Queen Elizabeth II, rather than using royal ceremonies to encourage “peacemaking” within the firm. 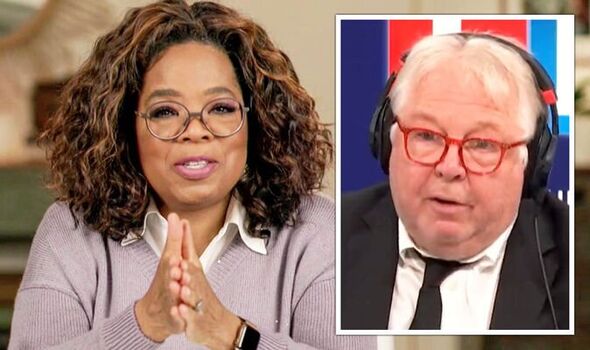 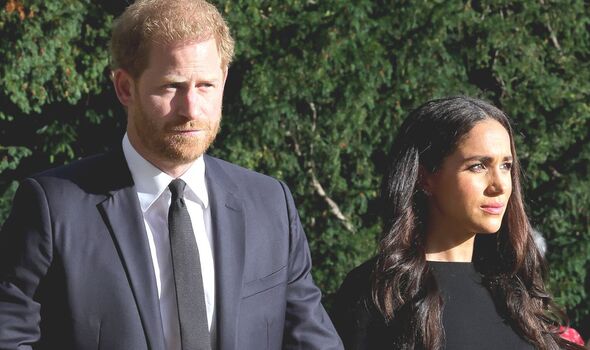 The LBC broadcaster continued: “I think people will watch later today and many of them will yearn in their hearts for William and Harry to put their friendship back together.”

Prince William and Prince Harry will walk together behind the Queen’s coffin in a procession from Buckingham Palace to Westminster Hall on Wednesday afternoon.

The caller fought back: “There is more chance of that happening if we, the public, and you, the press, mind our own business.”

Mr Ferrari concluded: “Well that may be so, but I do think when people watch that, that is what will be in their hearts and minds and hopes.” 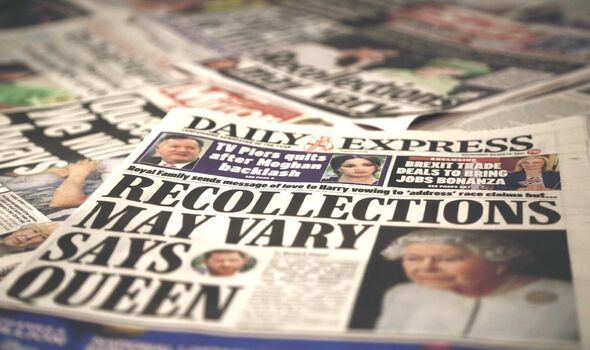 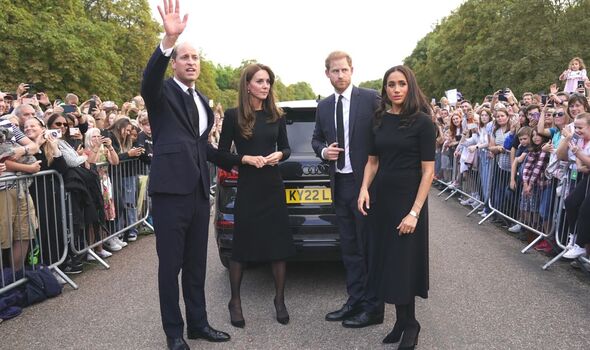 The Duke and Duchess of Sussex have retained a considerable distance from their royal relatives since formally stepping back from royal duties in 2020.

The couple gave an exclusive tell-all interview to Oprah Winfrey in 2021, during which a number of serious allegations were levelled against members of the Royal Family.

The startling revelations prompted an official response from Buckingham Palace, an unusual development as the Royal Family rarely responds to media reports.

The brief response issued on behalf of Queen Elizabeth II said: “While some recollections may vary, they are taken very seriously and will be addressed by the family privately.” 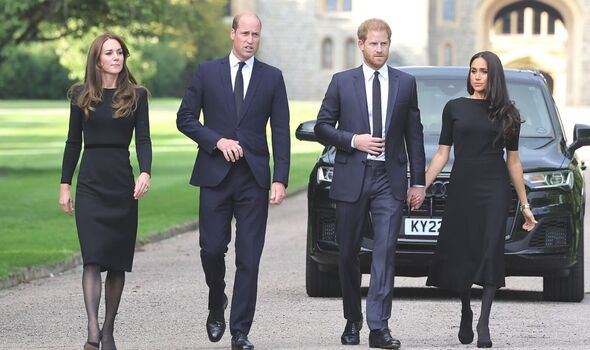 Oprah Winfrey again weighed in on the tensions within the Royal Family in an interview with American media outlet Extra, following the death of the Queen.

Oprah said: “When all families come together for a common ceremony, the ritual of, you know, burying your dead, there’s an opportunity for peacemaking – and hopefully, there will be that.”

Prince Harry and Meghan did appear alongside the Duke and Duchess of Cambridge to greet crowds of well-wishers gathered close to Windsor Castle. The public appearance is the first time the two couples have been seen together in well over two years.

Further royal arrangements are set to bring the two brothers closer together as both Prince Harry and Prince William are expected to walk side by side in the procession of the Queen’s coffin to Westminster Hall. The brothers had previously not been seen together in public since the funeral service for Prince Philip in April 2021.