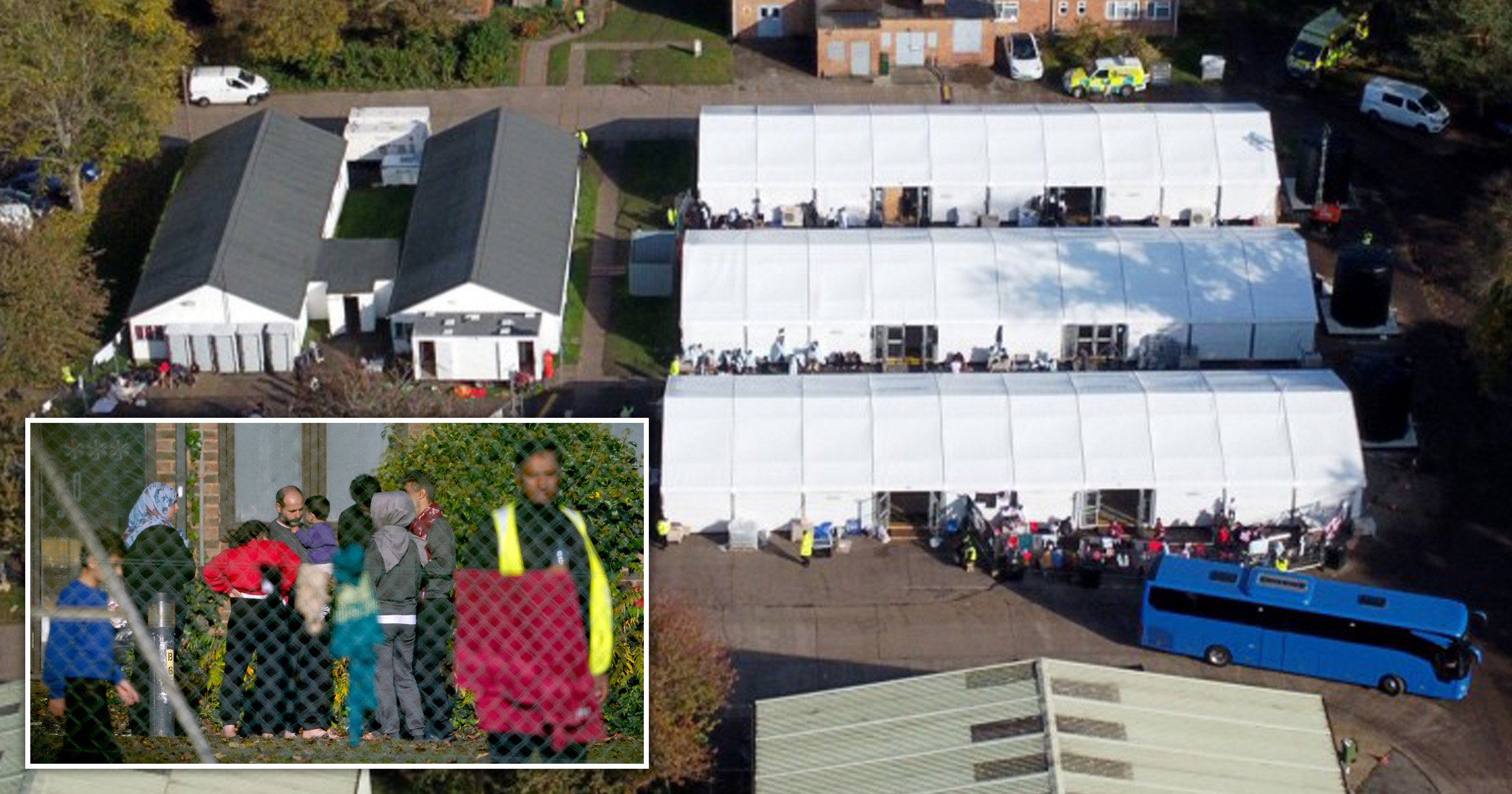 A minister has admitted conditions at a migrant processing centre are ‘poor’ after the government was told to ‘get a grip’ of the situation by the watchdog.

Children are being forced to sleep on floor mats and there are reports of outbreaks of disease at the Manston centre.

The temporary holding site in Kent is at the centre of growing scrutiny over the government’s handling of the situation on the south coast.

Around one tenth of the more than 40,000 people who have crossed the English Channel in small boats this year are being housed at Manston.

There are at least 1,000 too many people there, the official inspector warned, and young children are among those being confined in cramped accommodation with limited outdoor space.

Under fire home secretary Suella Braverman was accused of stoking tensions yesterday when she described the situation as an ‘invasion’.

The controversial minister, who was forced to apologise again for a security breach which cost her the senior job before she was reinstated, has also been accused of refusing to sign off on hotel accommodation for people claiming asylum.

Immigration minister Robert Jenrick admitted there are problems at Manston and said he could ‘defend’ people sleeping on floor mats for more than 24 hours.

He said the ‘austere’ centre is ‘not designed to be somewhere where people stay for a prolonged period of time’ but insisted things are ‘improving’.

Mr Jenrick said reports of diphtheria, MRSA and scabies being detected among occupants had been ‘exaggerated’ but added: ‘But that’s not to say that I’m content with the condition of the site. I’m not.’

He pointedly refused to endorse Ms Braverman’s comments in the Commons yesterday, telling Sky News: ‘In a job like mine you have to choose your words very carefully.

‘And I would never demonise people coming to this country in pursuit of a better life. I understand and appreciate our obligation to refugees.’

The home secretary insisted she was right to review hotel accommodation procedures for people arriving illegally, telling the Commons it currently costs £6.8 million every day.

She has denied claims she ignored legal advice and calls from officials to increase the provision of hotel accommodation in order to prevent dangerous overcrowding.

HM Chief Inspector of Prisons Charlie Taylor said: ‘What’s happening at Manston, when I visited, was people were sleeping on the floors, on the rubber mats down on the floors, and then very thin blankets or mattresses.

‘Lots and lots of people in a room, all squished in together, very uncomfortable.

‘The room for families has lots and lots of different families all sharing the same room, very young children, older children.

‘For a few hours, that would be acceptable, but where people are spending long periods of time there, it just isn’t.’

He added: ‘It’s extremely concerning that children are being asked to sleep on the floor in accommodation that’s wholly unsuitable.’

Manston was built as a processing facility where arrivals spend their first night before being moved on but some people, including families with young children, have reportedly been there for as long as a month.

The heightened scrutiny comes after a man threw petrol bombs at a Dover immigration centre at the weekend.

A 66-year-old man is understood to have taken his own life at a nearby garage after launching the incendiary devices.

Labour’s shadow home secretary Yvette Cooper said: ‘No Home Secretary who was serious about public safety or national security would use highly inflammatory language on the day after a dangerous petrol bomb attack on a Dover initial processing centre.’