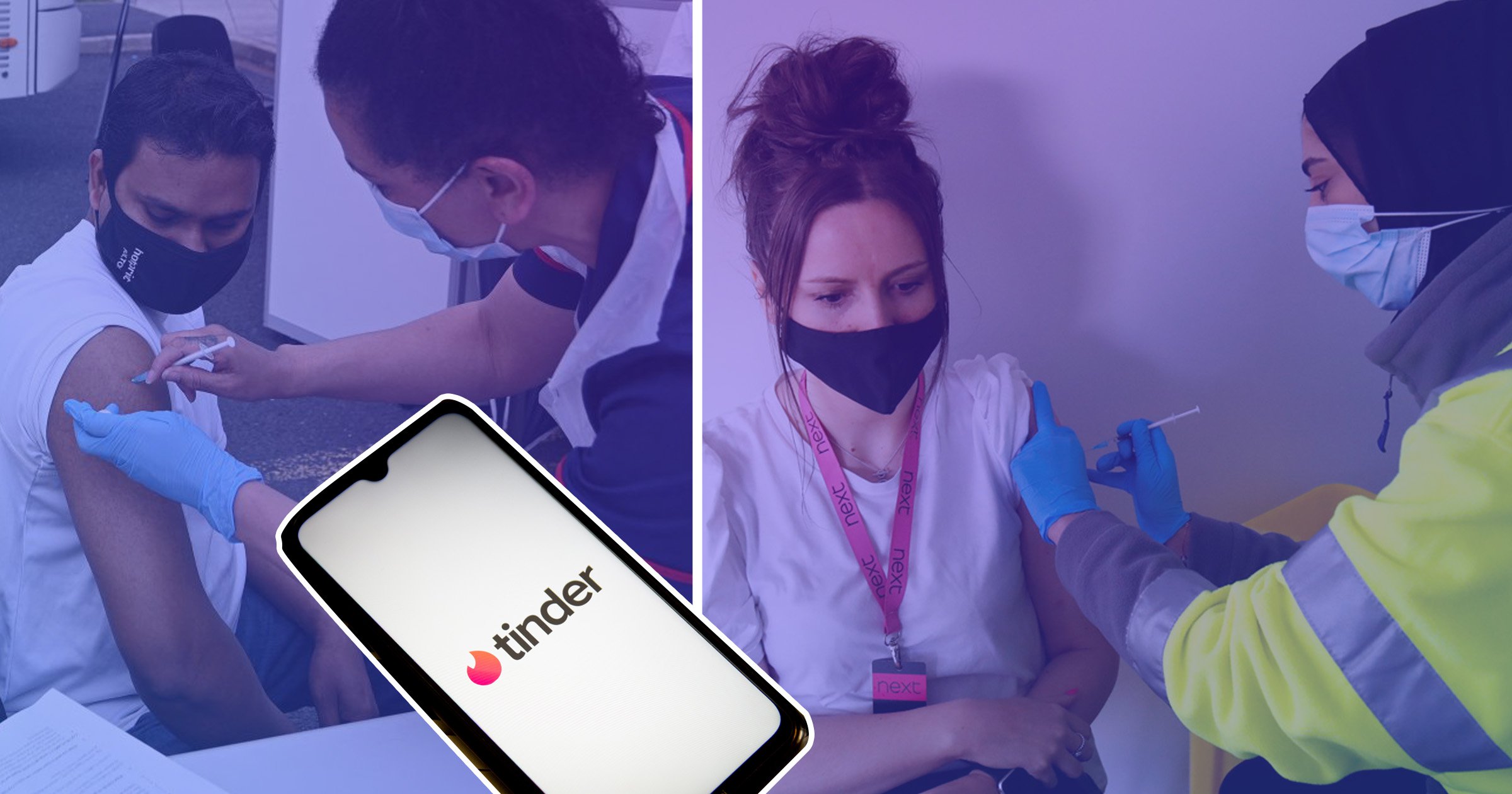 Tinder and other dating apps could be used to persuade more young people to get the Covid vaccine, according to reports.

So far the Government is well on track to meet its target of offering all adults the vaccine by the end of July.

But it is feared under-30s will be more hesitant to get it when their time comes around, as they face a lower risk of serious illness.

In an attempt to boost uptake, ministers are said to be considering using dating apps to give vaccines more sex appeal.

Users could be given ‘blue ticks’ or banners to show they are inoculated and adverts promoting the jab could also be placed on apps, such as Tinder, Hinge and Bumble.

A Government source told the Telegraph: ‘As we get to younger people, Tinder and all those apps will be approached to flag the importance of getting vaccinated.

‘It might also give more people impetus to meet up and find love.

‘This is being properly looked at. There are ongoing conversations. It would be a decision for platforms to be involved.’

Tinder, Hinge and Bumble declined to comment on whether discussions with No 10 were already underway.

Today the age at which healthy adults in England could book their jabs was lowered from 36 to 34.

National medical director for NHS England, Professor Stephen Powis said: ‘The success of the NHS Covid vaccination programme, the biggest in history, is not by accident but down to careful planning and precision by NHS staff who have now delivered 48.5million doses across England in less than six months.

‘Getting the jab is the single most important step we can take to protect ourselves, our families and our communities against Covid.

‘So when you’re called forward, book your appointment and join the tens of millions who have already been jabbed.’

Extra vaccines, along with surge testing, is rolled out to six new areas of concern to keep on top of the highly-contagious Indian variant.

As a result, extra vaccines will be made available in Bedford, Burnley, Hounslow, Kirklees, Leicester and North Tyneside.

Hancock said these places were chosen using an ‘incredibly sensitive biosecurity surveillance system’, which spotted cases in the earlier hotspots of Bolton and Blackburn.

‘There are now 25 people in Bolton Hospital with Covid – the majority are unvaccinated, nearly 90% have not yet had two vaccines.

‘This shows the importance of getting vaccinated, not once but twice.’

Rush Hour Crush – love (well, lust) is all around us

Tell us about your Rush Hour Crush by submitting them here, and you could see your message published on the site.