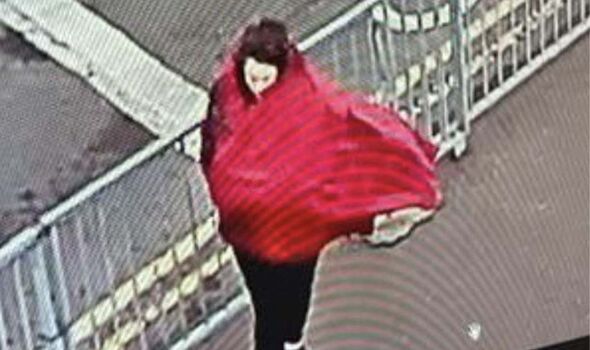 Police have revealed that a new mother, who went missing with her partner and newborn child, is from a wealthy, landowning family. They are concerned that Constance Marten, 35, has the financial resources to survive indefinitely as they enter a fifth day of trying to trace her.

Constance, and her partner Mark Gordon, disappeared after the car they were travelling in broke down on the M61 near Bolton, Greater Manchester, reports the Manchester Evening News. The pair were last seen on Thursday evening, leaving on foot.

It has now emerged Constance’s aristocratic family owns land in Dorset and ‘has ties with the Royal Family’. Greater Manchester Police have said they are extremely concerned for Constance and her baby as it’s thought neither have been examined by medical professionals since the birth of the baby boy. Constance is said to have given birth ‘very recently’.

She and the baby’s father were spotted at around 6.30pm last Thursday (January 5) after their car broke down near junction four of the M61 at Farnworth. The Manchester Evening News understands the car had only been bought six days earlier.

Police said the family safely left the motorway on foot – then walked to the Anchor Lane bridge which links the Highfield and Little Hulton areas. Since then, a number of sightings have been reported in north Essex, 250 miles away. Intelligence provided by taxi drivers suggests that the couple paid cash to travel first to Liverpool and then to Essex. They later stayed at a hotel using false names.

In an update issued last night (January 10), Essex Police – who have taken over the investigation while working with Greater Manchester Police – said they believe the family travelled to Liverpool initially, before being spotted in Harwich Port at around 9am on Saturday morning. Police said there is also a confirmed sighting of Mark, Constance and the baby in Colchester about an hour later.

Constance was wrapped in a large red blanket at the time and police described her as speaking with a southern accent and last seen wearing a burgundy coat. Her partner Mark was last seen originally wearing dark clothing. The baby boy was swaddled.

Neither Constance nor the baby are believe to have been seen by doctors since the birth. Detective Chief Inspector Rob Huddleston, of Essex Police, pleaded with members of the public in Colchester, and the wider Essex area, to familiarise themselves with both Constance and Mark’s faces. He said: “Clearly, the overriding concern that we share with our colleagues at Greater Manchester Police is for Mark and Constance’s new-born child. We do not wish to interrupt their family life; this search is primarily to ensure the welfare of the couple’s child.

“We are carrying out a number of enquires in and around Colchester in order to locate them. We’re also liaising with colleagues at British Transport Police around potential onward travel from Colchester.

“I would ask the people of Colchester, and indeed wider north Essex, to please familiarise yourself with Mark and Constance’s faces and report any sightings to us immediately.”

Anyone with information can contact Greater Manchester Police via 999 quoting 2657 05/01/21. GMP can also be contacted via gmp.police.uk. Information can also be shared anonymously via the independent charity – Crimestoppers on 0800 555 111.