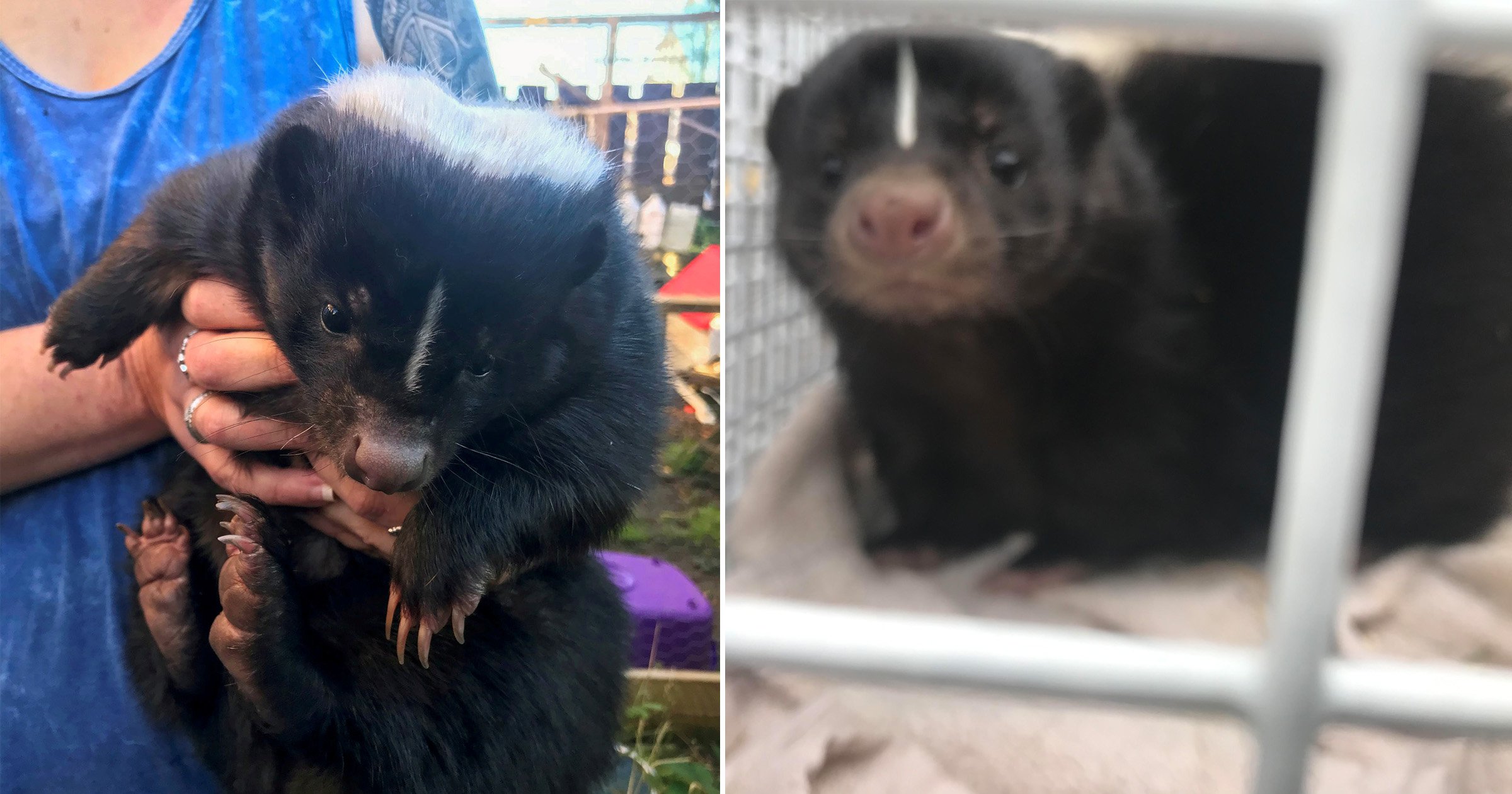 A runaway skunk has been rescued and reunited with his owner after making his way into a Nottinghamshire DIY store.

Staff at B&Q in Worksop were opening up on Monday morning when they saw a flash of black and white dart across the ground outside the shop.

They cornered and confined the skunk, named Tilikum, in a pallet trolley before calling the RSPCA for help.

The animal, which had been missing for a week, survived by eating bird seed that had fallen off a table.

The charity’s rescuer inspector Dan Bradshaw said: ‘They’d made him feel quite at home with a tray of water and some hay to hide in, and even left a note on his makeshift cage asking other staff arriving for work to be quiet so as not to wake him from his snooze. It was very sweet.’

He added: ‘Thankfully he didn’t seem to find his capture too alarming and hadn’t released his spray in defence, otherwise it would have been a much smellier rescue mission!’

After making enquiries in the local area, Dan was able to track down the skunk’s owner, and he advised getting the pet microchipped.

While native to North and Central America, skunks are wild animals which are sometimes kept and traded as pets in Britain.

The RSPCA said it has dealt with a number of call-outs to stray pet skunks which have escaped or been deliberately released to the wild in recent years. It is an offence to release a non-native species.

RSPCA scientific officer Evie Button said: ‘We believe that people may buy exotic animals, such as skunks, with little idea of how difficult they can be to keep and sadly we can get called in when the novelty wears off and the commitment hits home.

‘Pet skunks are essentially wild animals being kept in captivity but their welfare needs are no different to the needs of skunks living in the wild.

‘As we don’t believe their needs can be met in a typical household environment, we feel that skunks shouldn’t be kept as pets.’