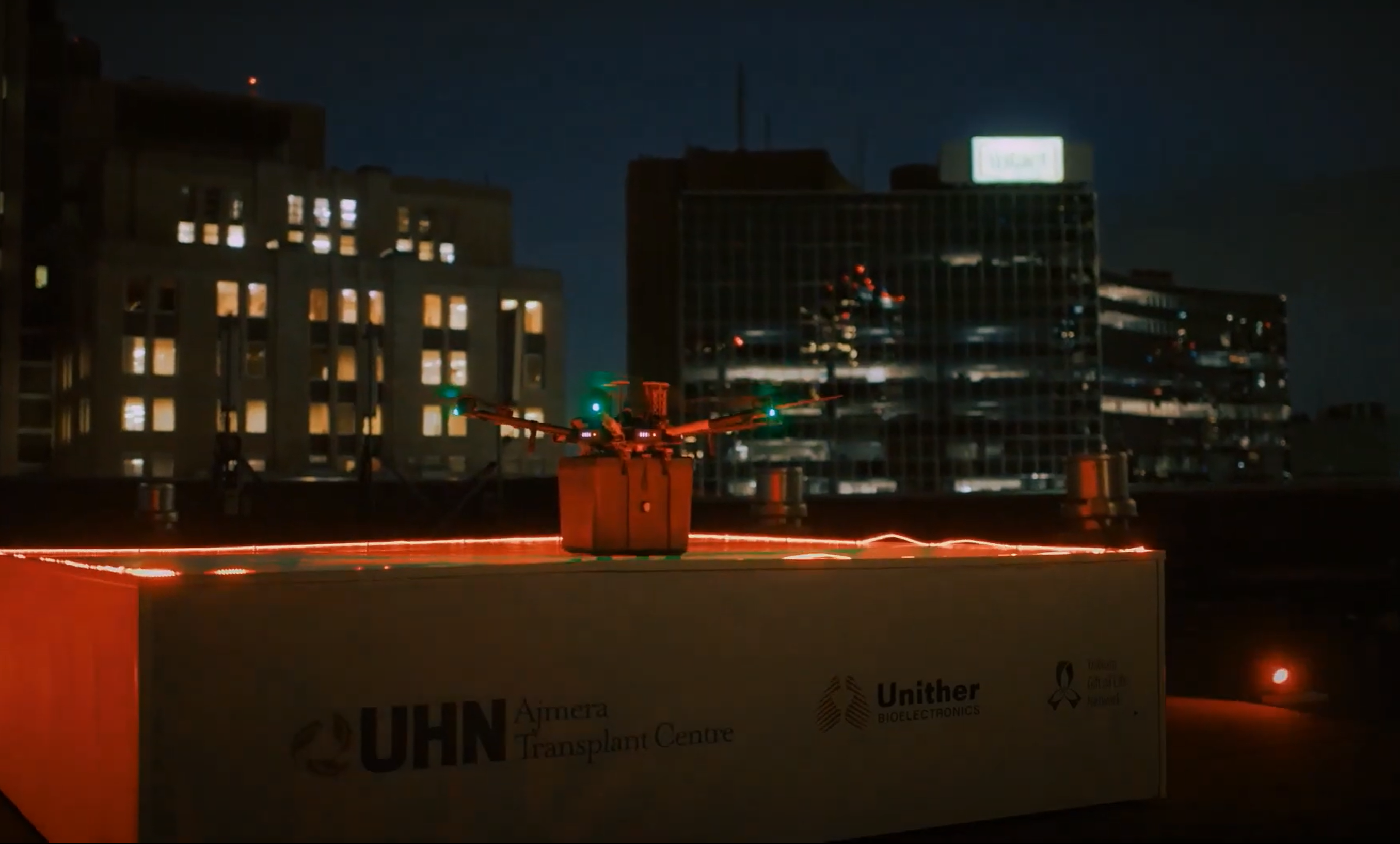 A transplant lung has successfully been delivered between hospitals in Toronto via drone.

It took five minutes to transport the organ through the air from Western Hospital to Toronto General Hospital. It was delivered and successfully transplanted into a patient with pulmonary fibrosis.

While drones have been used to transport organs before, they aren’t employed for hearts and lungs. These are particularly challenging as they need to be transplanted between 4 and 6 hours after the donor’s death.

In this case, a team at the University Health Network in Toronto designed a lung transportation box and modified a DJI Matrice 600 Pro drone to carry it. They described the process in the journal Science Robotics.

To reduce the amount of weight, the drone’s landing gear and payload rack were removed. Still equipped with a parachute recovery system, GPS and cameras, the entire package – including the lung – weighed less than 25 kilos.

The team flew over 400 test flights between the roofs of the two hospitals, just 1.5 kilometers apart and the day of the flight benefited from low winds and good visibility.

In fact, the operation went so smoothly that the 63-year-old recepient of the lung was discharged from intensive care just two days after the operation.

Utilising drones for organ delivery could become a new and efficient way of transporting them.

The researchers point out that even short transfers using vehicles on the ground can take a lot of time – due to congestion or unforeseen hold-ups. A drone, however, can fly right over all that.

They also suggest that their approach could be used to carry organs in rural areas, where hospitals do not always have helicopter pads.