The Prime Minister, who was partaking of a police raid near Lewisham, South London as part of his farewell tour of the UK, was filmed saying “how do you do” to the man suspected of harbouring class B drugs in a strange video that appeared on Snapchat. Mr Johnson, who recently defended the police against accusations of being “too woke”, appeared smiley as he responded to the confused and slightly awestruck suspect, who said “wagwan Boris” upon seeing him. It comes as the PM lauded the police for a reduction in neighbourhood crime as the UK deals with the aftermath of several vicious murders in Liverpool and at Notting Hill Carnival.

The man recording the video can be heard saying “wagwan Boris”, after which Mr Johnson replies: “How do you do?”

In another video, the man said: “This is actually mad. I saw Boris Johnson in my face. Do you know how drunk I was last night? I feel like a madman. 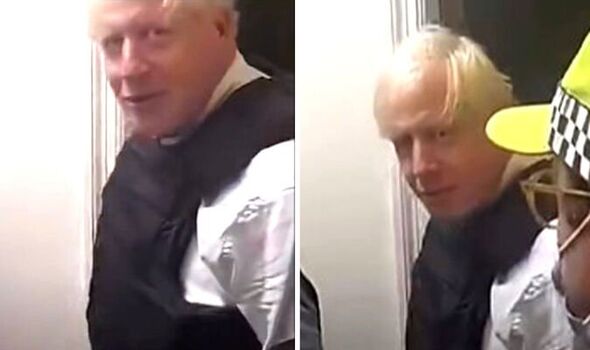 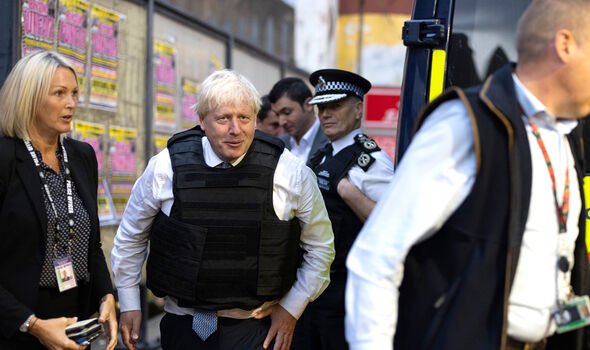 No arrests were made as a result of the raid, which had been carried out by specialist officers near Lewisham.

The police discovered Class B drugs, paraphernalia and a suspected drugs line phone but no further action was taken.

Speaking after the raid, Mr Johnson said: “Look at neighbourhood crime, which is the thing that really affects the quality of life of most people in this country, and it’s down by about 38 percent on 2019 since this Government came in.

“I think that’s a great effort by the police, not just by the Metropolitan Police, by police up and down the country. 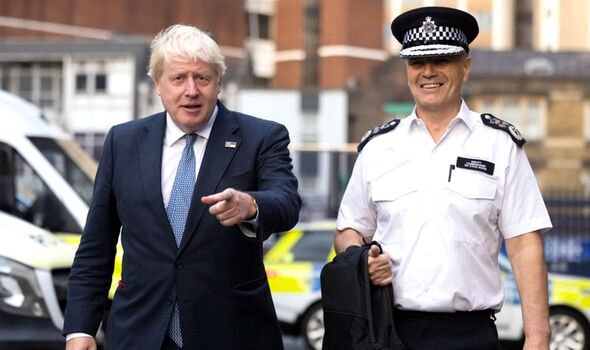 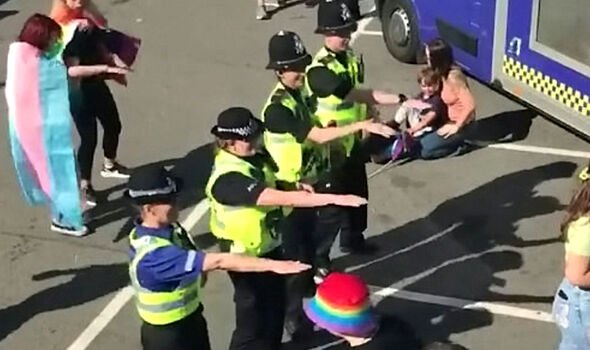 “And what you’re seeing is 13,700-odd more police now on the streets. That helps, that makes a difference.”

The Prime Minister later referenced the Police, Crime, Sentencing and Courts Act, adding that he and his Government had empowered officers to tackle crime.

More than 13,790 additional police officers have been hired in England and Wales as a consequence of the PM’s pledge to add an extra 20,000 officers to the UK streets.

The recruitment initiative followed a significant fall in police officer numbers between 2009 and 2018, in which more than 20,000 officers left the force. 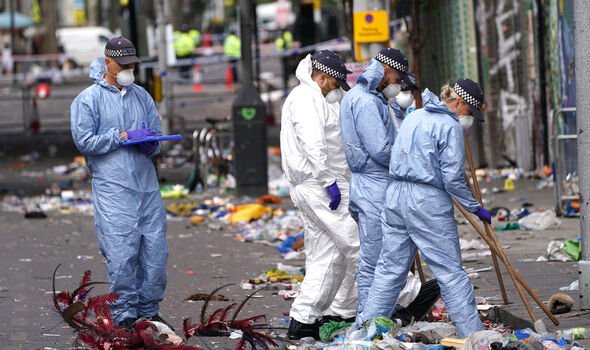 Mr Johnson said: “What also makes a difference is giving the police the powers they need to give criminals the tough sentences that they deserve, and that’s what we put through in our legislation. I’m pleased to see it having an effect but I’m also pleased to see the activism and the energy of the police here in London.

“Yes, of course, we’ve got to make our society ever safer, but you look at what they’ve done: 38 percent reduction in neighbourhood crime, I think that’s a massive achievement.”

It comes as almost half of the public think Boris Johnson has done a bad job as prime minister, the worst rating of any post-war British leader, a new poll has found.

Asked to rate the performance of British prime ministers since 1945, some 49 percent of people told pollster Ipsos that Mr Johnson had done a bad job during his time in Downing Street. The figure was worse than those for both his immediate predecessors.