Shocking footage shows the moment a drunk driver who was three times over the limit drove into a lorry while trying to overtake and flipped her car over.

The 39-year-old woman started to overtake the HGV but instead swerved into the side of the vehicle – sending her silver Vauxhall Corsa onto its roof.

After the impact, the HGV then also began to swerve but managed to carry along the the A50 near Findern, Derbyshire.

Following the accident last June 19, she failed her roadside breath test and blew 140 milligrammes which is three times the limit of 35, police said.

A later blood test showed there were 254 milligrammes of alcohol in 100 millilitres of blood, while the limit is 80.

Unbelievably, the woman escaped with just a grazed knee and some pain from the seatbelt, according to Derbyshire Constabulary.

At Leicester and Rutland Magistrates Court on June 6, the motorist pleaded guilty to driving a vehicle while above the legal alcohol limit.

She was sentenced to eight weeks in prison, which was suspended for 18 months. 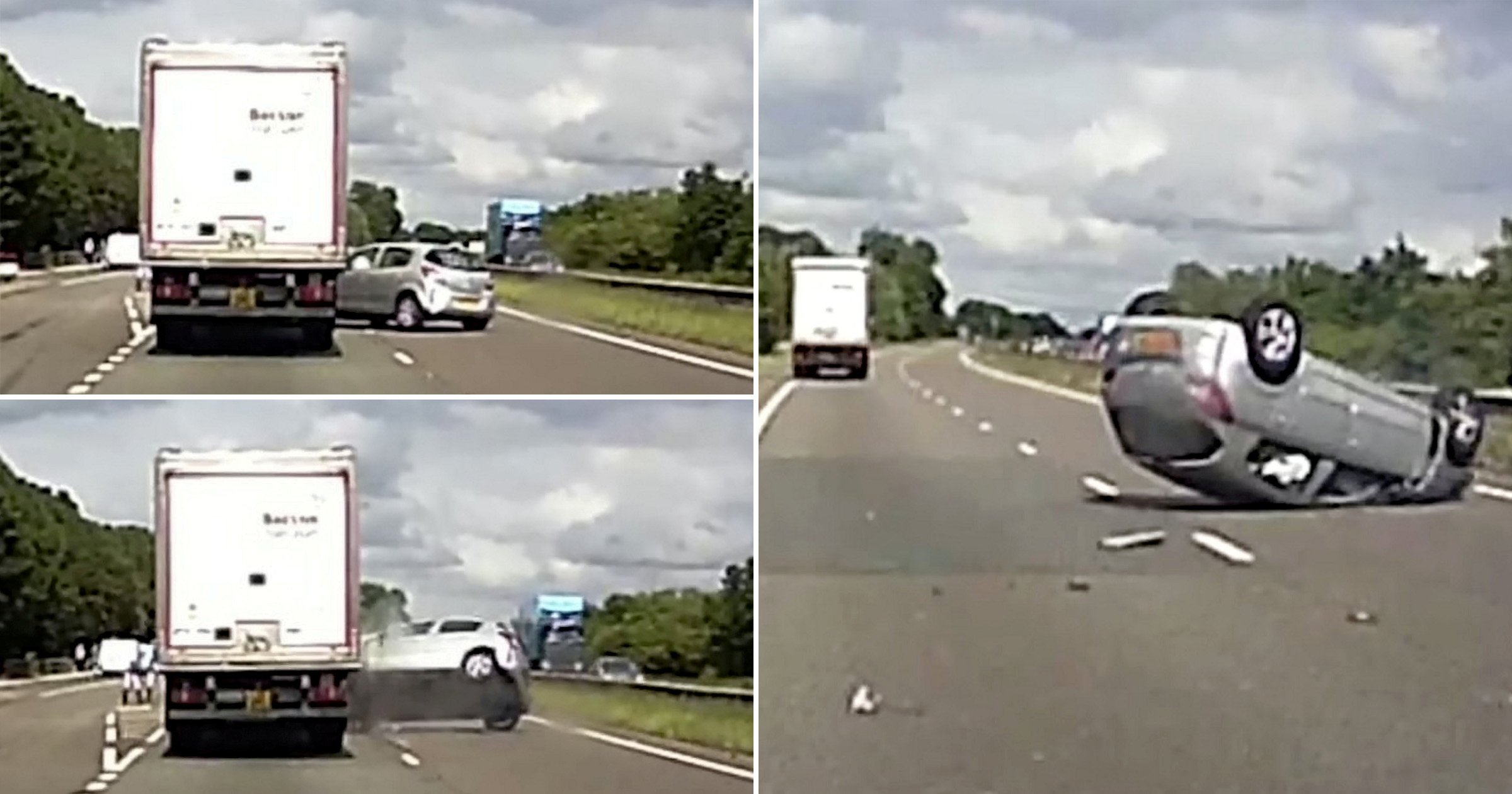 The woman, who was not named by police, was also disqualified from driving for five years, placed on a daily curfew for eight years, and has been ordered to pay costs and a victim surcharge.

Police have now released the dash cam footage to illustrate the dangers of drink driving.

Sergeant Scott Riley, of Derbyshire Constabulary Roads Policing Unit, said: ‘This collision could have easily had fatal consequences, for the driver or for others.

‘It also has a huge impact on the families of those affected.

‘Please think, is it really worth putting yourself or others in danger for the sake of a drink?

‘Any amount of alcohol affects your ability to drive, and while the summer might be coming to an end, we will be continuing to target those who choose to ignore our advice and get behind the wheel while under the influence of drink or drugs.’